E is for... Eternals 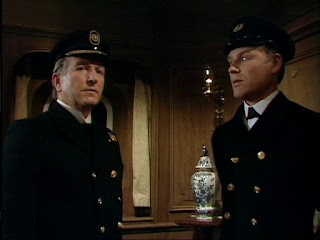 A race of immortal beings who exist outside space and time in the wastes of eternity. They had long ago exhausted their imaginations, and so relied on ephemeral beings, such as humans, to provide entertainment and diversion for them. One of their amusements was a race around the solar system in a range of ships created from the minds of captured sailors from throughout Earth's history. Planets would act as marker buoys. The goal of the race was to attain Enlightenment - knowledge of all things, which would recharge their empty existence. The race would be overseen by the Black and White Guardians. The White Guardian directed the Doctor to land the TARDIS on the sailing ship belonging to Captain Striker. he and his officers - including Mr Marinner - were Eternals, though the bulk of the crew were humans who had had their minds altered to accept sailing through space. Marriner became infatuated with Tegan. A number of the ships taking part in the race were destroyed, and the Doctor suspected sabotage. The Doctor's other companion, Turlough, was at this time under the control of the Black Guardian. Condemned to stay on the ship for all eternity for having failed to kill the Doctor, he threw himself overboard. he was rescued by the pirate Captain Wrack, another Eternal. 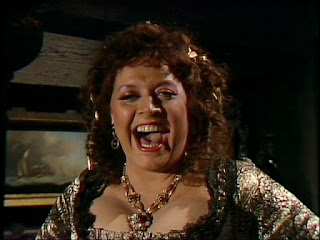 She had allied herself with the Black Guardian, and was being helped to sabotage the other ships through small red crystals planted on the vessels, which could harness destructive powers. One such crystal was hidden in Tegan's tiara after she attended a party on Wrack's ship with the Doctor, who wanted to try and rescue Turlough. The crystal was thrown overboard. When it looked like Wrack was going to win the race, the Doctor cast her and her First Mate, Mansell, overboard. The Eternals were all sent by the White Guardian back to their empty wastelands, including Marriner who had wanted to stay with Tegan.
In ancient times, when the universe was still young, the Eternals had helped to banish the Carrionites  to a limbo dimension. The Doctor claimed that the Void between parallel universes was known as "The Howling" by the Eternals.