The Doctor, the Great Detective and the Snowmen 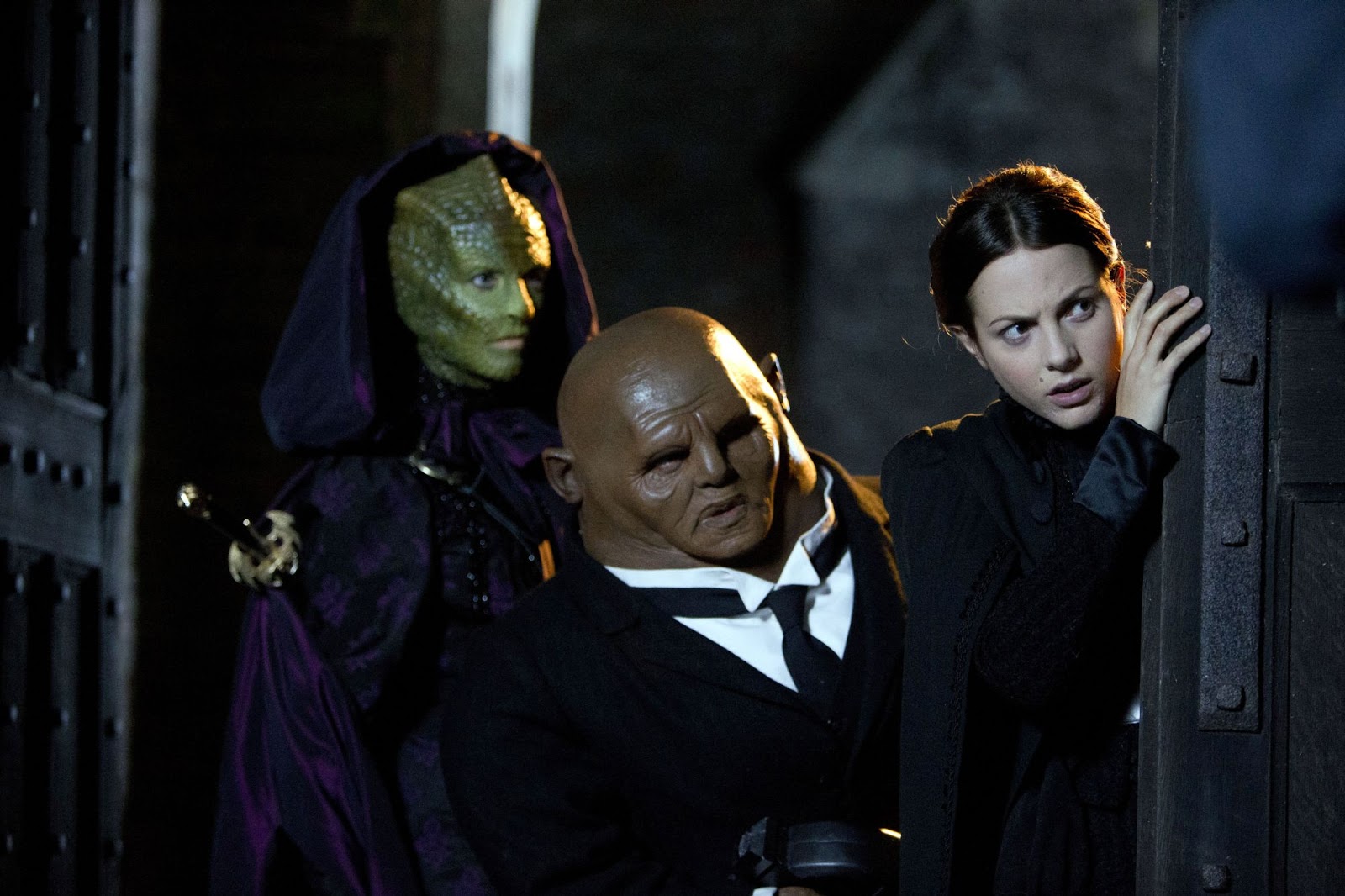 Last night saw the reveal of this year's Christmas Special story title - The Snowmen - and we got to see a prequel scene called "The Great Detective".
As prequels go, it was quite substantial in terms of reintroducing a set of popular characters from Series 6, setting up the context for the next story, and showing us where the Doctor is, emotionally, at the moment after the loss of Amy and Rory.
We find Madam Vastra, Jenny and butler / henchman Strax, in a snowbound London alleyway - the Paternoster Gang. The Doctor appears only in silhouette initially - though we know it's him. The gang then try to tempt the Doctor into helping them - referencing Conan Doyle's Professor Challenger (drilling into the planet) and H G Wells' Invisible Man (an invisible wife), War of the Worlds (meteorite landings), and First Men on the Moon (Strax's concerns about "Moonites" - Wells' Selenites). The Doctor is having none of this - he's retired. 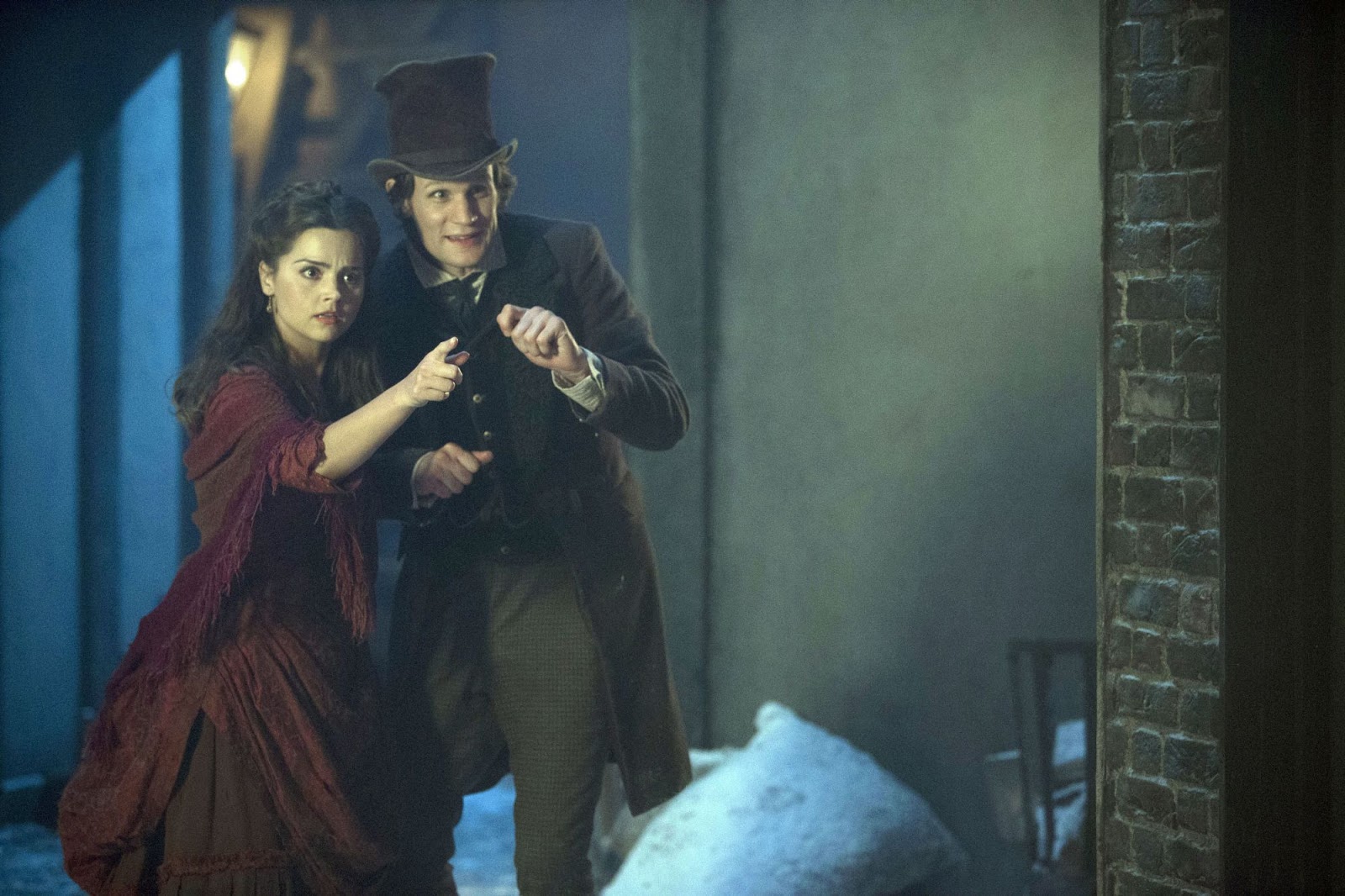 Naturally, the trailer simply teases, and doesn't tell us a lot - save that the person who looks like Oswin (and may or may not be the same character...) is called Clara, and the monsters of the piece appear to be - snowmen, controlled by Richard E Grant. Nasty snowmen with teeth - but not abominable ones. Seems that snow and ice can be used against mankind. The idea of killer snowmen is, at the moment, one I'm not terribly sure of. At least this year's special promises some proper monsters, villainy and adventure - unlike last year's terrible disappointment of a story.
Posted by GerryD at 14:20