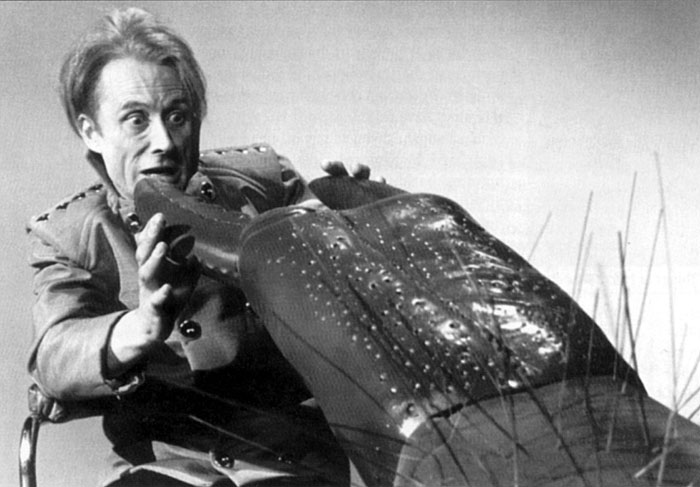 In which the TARDIS materialises on a remote planet on which an Earth colony has been established. The Doctor and his companions encounter a man named Medok who warns that not everything here is as it seems. He is arrested by security men led by Ola, who takes the travellers back to the colony with them. Everyone does seem to be very happy - with marching bands, happy jingles playing and upbeat announcements urging people to work hard for the good of the colony. The place is run on a day to day basis by the Pilot. The real leader, the Controller, is only heard, with his photograph seen. The Doctor finds the happy atmosphere rather forced - and is more interested in Medok's claims. That night, as everyone sleeps, an attempt is made to mentally condition the travellers. The Doctor wakes everyone up in time - apart from Ben. His personality changes. He becomes fiercely loyal to the colony - even threatening to act against his friends. 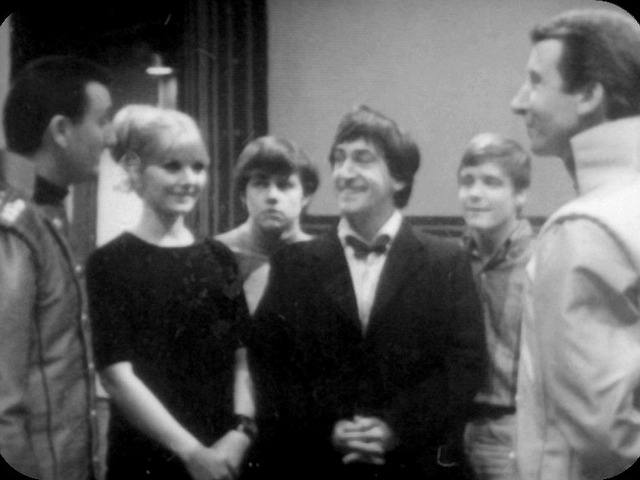 The Doctor follows Medok into the night and sees a huge crab-like creature in the darkness. Medok, who is a miner, claims that this is a Macra. They are caught by Ola. When taken before the Pilot, he and the security chief vehemently deny such creatures exist. Jamie and Polly are given jobs in the mines alongside Medok - in the most dangerous area. Ben joins them - willingly. The Doctor is deemed too old for this work and is sent to help in the gas pumping station. He is curious about the nature of the substance being mined - a toxic gas which can be of little value to the colonists. Jamie, Polly and Medok encounter Macra in the mines. Medok is killed. Even Ben sees the creatures and begins to doubt his new loyalties. 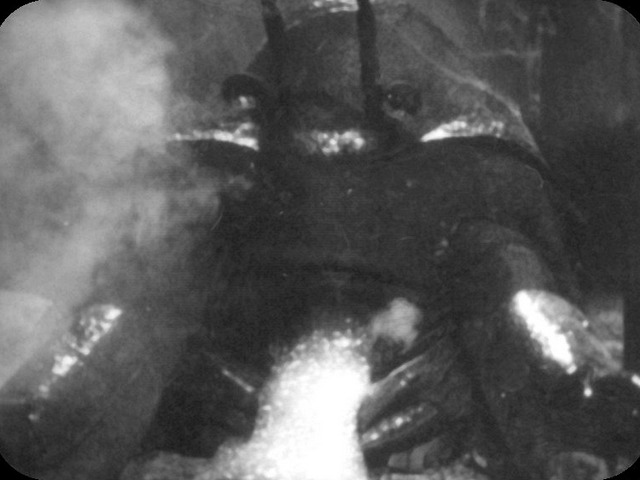 The Doctor forces the Pilot to have the Controller appear publicly to deny that Macra exist. Instead of the steely faced middle aged man of his photo, he appears older and more haggard. The colonists see a huge claw appear to threaten him on the view screens. It transpires that the Macra run the colony and use the humans, under their mental influence, to work for them - mining the gas they need to survive. The Doctor even manages to convince the Pilot that this happy scenario is a front for enslavement. Only Ola refuses to heed what is going on. The Doctor has Ben sabotage the pumping systems so that the Macra are fed fresh air instead of their gas - and this destroys them. The travellers slip away before more dancing takes place... 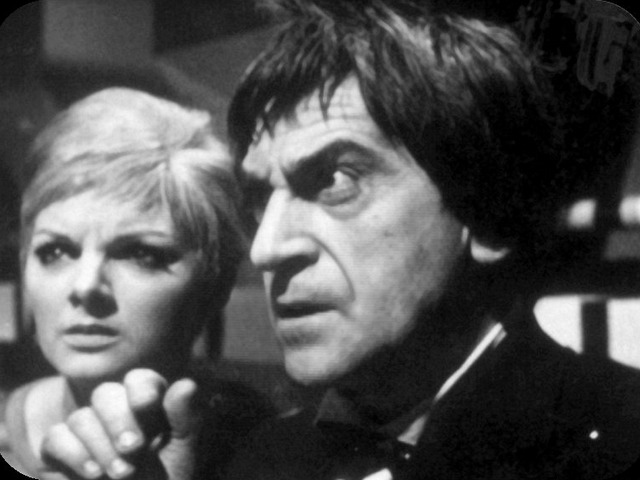 This four part adventure was written by Ian Stuart Black, and broadcast between 11th March and 1st April, 1967. The story no longer exists in the archives save for a few Australian censor clips, though we can enjoy the soundtrack.
It is far from a classic - more in the vein of a 1950's B-movie like The Underwater Menace. Giant insects and other creatures were a 50's staple. Indeed, you can check out Attack of the Crab Creatures on You Tube. The titular monsters even have an intelligence (though by telepathically absorbing the minds of their victims).
There is a degree of humour throughout. Troughton has a lovely scene where he is forced into a "tidying up" machine. He quickly gets into a "rough and tumble" machine to get back to his preferred dishevelled state. "But who wants to see their face in a pair of suede shoes?" he asks.
He's in full anarchic mode when presented with this forced happiness - "Bad laws were made to be broken".
On the run from Ola's men, Jamie finds himself in the middle of a dance rehearsal. He does the Highland Fling - right out of the door. Michael Craze gets to do a bit more with Ben by having him under the Macra's influence for a while.
Dudley Simpson's "so bad it's good" colony music is quite brilliant. 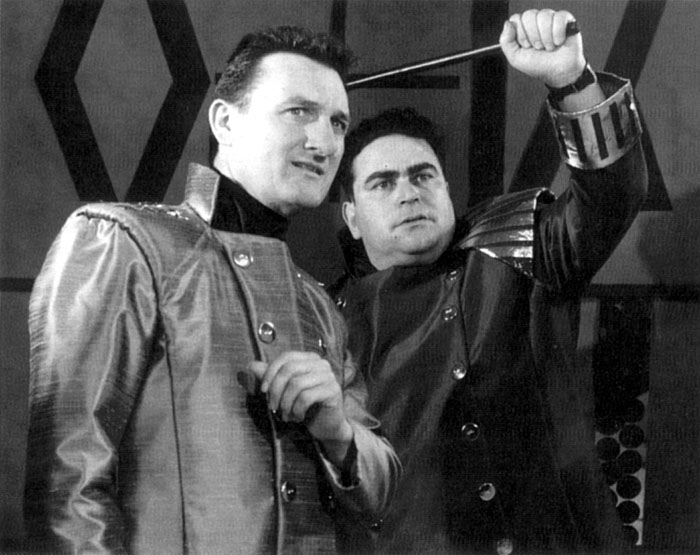 Principal guest artist is Peter Jeffrey as the Pilot - an honourable man who has been duped by the Macra. He will return to the programme in the much more memorable role of Count Grendel of Gracht in The Androids of Tara. Ola is played by Gertan Klauber, who had been the galley-master in The Romans.
Medok is Terence Lodge. He'll be back as Orum in The Carnival of Monsters, and Lodge in Planet of the Spiders.
Up until recently, the Macra - along with the Rills - were the most obscure of Doctor Who monsters. Only one clear picture existed of the crab creatures. The telesnaps in which they appear are quite dark and indistinct. Even the censor clips don't give a clear view. Then, some colour footage taken at Shawcraft Models emerged (which can be seen on The Chase DVD) and this gives us a proper sighting of the cumbersome prop. There was only one full beast made. It is brown to start with but gets a white respray for the later sections of the story where we see the leader. Of course, when RTD was looking for something to lurk in the gases at the bottom of the motorway in New New York, he brought the creatures back. In Gridlock they are a more primitive, devolved species from the far future.
Episode endings for this tale are: 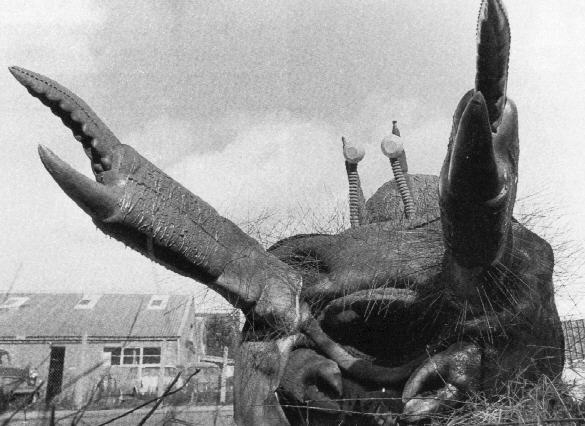 Overall, a routine, workaday story that does have some atmospheric moments and a bit of humour. The sheer impracticality of the monsters relegated them to obscurity until their brief return in the CGI era. It's a bit perplexing to know that youngsters know more about the Macra than the Zygons or Ice Warriors...
Things you might like to know:
Posted by GerryD at 23:26