Story 37 - The Tomb of the Cybermen 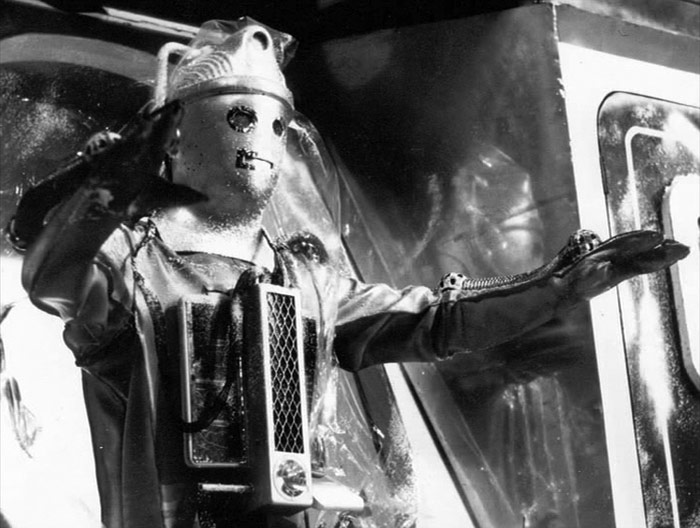 In which the TARDIS materialises on the planet Telos, and the travellers find they are not alone. They meet an archaeological expedition from Earth, which has come here to excavate the last resting place of the Cybermen, who are said to have colonised this world after the destruction of Mondas. In nominal charge is Professor Parry and he is accompanied by fellow scientists Viner and Haydon. Also present are an Egyptian couple - Eric Klieg and Kaftan - who have provided financial backing, and Kaftan's bodyguard Toberman. Klieg is a member of the Brotherhood of Logicians. The final members of the party are Captain Hopper and his men - crew of the rocket that brought them here.
A gigantic set of metal doors have been unearthed, flanked by stylised Cyberman images. Kaftan offers a reward to whoever opens the doors - and an unfortunate crewman is electrocuted when he touches them. The Doctor advises that the doors are now safe - as the stored current has been discharged through the dead man. Toberman opens them and they enter a huge vault. The centrepiece of the room is a computer which operates on logic. Two doors lead to other areas, and there is a massive steel hatch which must lead to a lower level. The group splits up to explore. 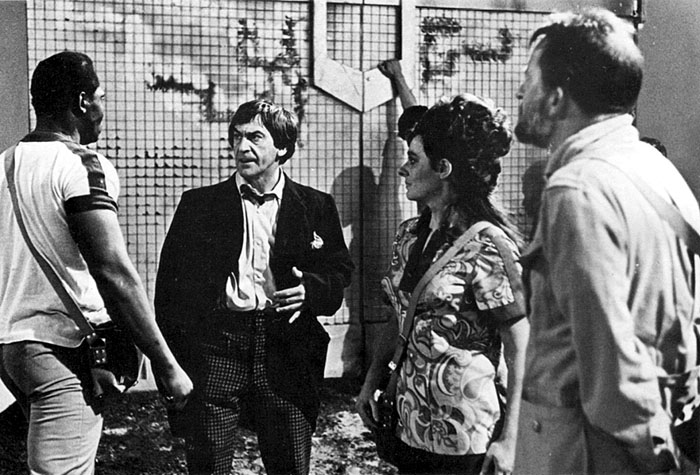 Viner, Kaftan and Victoria examine a room in which there is a sarcophagus-like recharge unit, whilst Haydon and Jamie find a weapons testing area. Klieg wants to get the logic machine working, and the Doctor finds it prudent to stay and keep an eye on him. Kaftan tries to kill Victoria by locking her in the recharge unit and turning it on - making it look like an accident. The Doctor saves her. Haydon is killed by a concealed weapon. With two dead, Parry contemplates abandoning the expedition, but Klieg works out how to open the steel hatch - with some unseen help from the Doctor. Kaftan and Victoria will remain in the main vault whilst the others descend and find the Cybermen frozen in a honeycomb of tombs. The Doctor is puzzled by the low temperature. It transpires that Kaftan and Klieg have an ulterior motive for backing this expedition - and for insisting on coming along. They plan to resurrect the Cybermen, who are in suspended animation, and make an alliance with the Logicians. Viner is killed when he tries to stop Klieg raising the temperature. The Cybermen emerge - along with their Controller, who is of taller design, with a domed cranium. 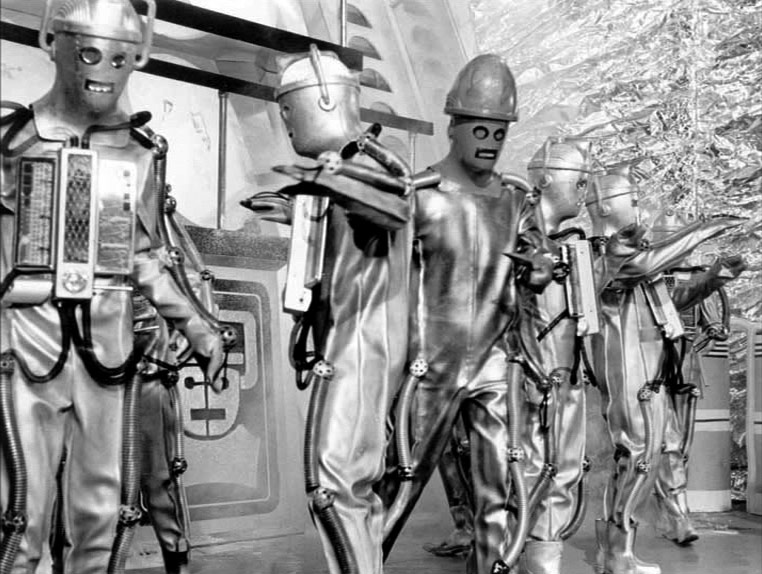 After drugging Victoria's coffee, Kaftan has locked the hatch. She is attacked by a small metal creature which Victoria had earlier found in the weapons room - a Cybermat. Victoria fetches Hopper and his men and they release the trapped expedition members - apart from Toberman. Kaftan and Klieg are locked in the weapons room. The others will have to spend the night in the vault as the rocket is under repair following sabotage - presumed to have been the work of Toberman. He undergoes an operation to give him cybernetic arms and mental conditioning. The Controller sends a group of Cybermats to the surface to attack the humans, but the Doctor disables them with a power cable. Klieg makes one last attempt to control the Cybermen. Kaftan is killed, and this prompts Toberman to attack the Controller - at the Doctor's urging. The Cybermen are resealed in their tombs and the Doctor sabotages the hatch, logic machine and the doors - so that they will all be electrified. Toberman sacrifices himself to shut the doors and complete the circuit - electrocuting the Controller at the same time. The tombs must never be opened again. 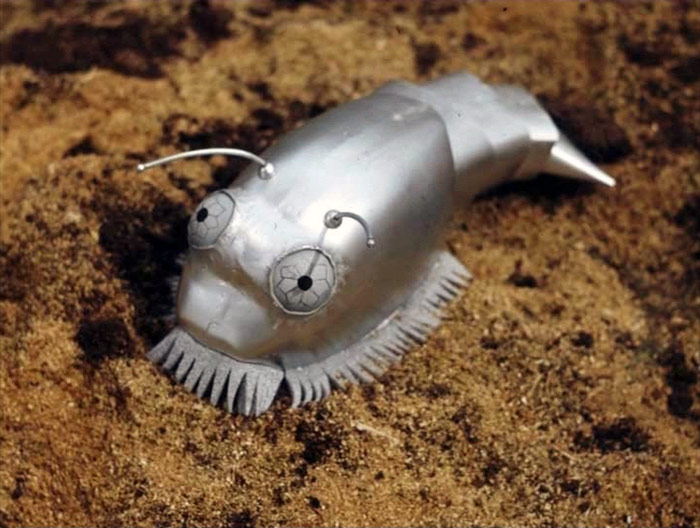 This four part adventure was written by Kit Pedler and Gerry Davis, and was broadcast between 2nd and 23rd September, 1967. It marks the opening story of Season 5. The producer is Peter Bryant, and the Story Editor Victor Pemberton (who as an actor had appeared in The Moonbase).
For many years regarded as a lost classic, the complete story was found in a Hong Kong TV station's vaults in 1991 and returned to the BBC. It was rush released onto VHS in May 1992 - and everyone started to re-evaluate it.
The story is significant for being the earliest complete story to feature Patrick Troughton and Frazer Hines, and the only one to feature Debbie Watling, and for its additions to the Cyberman mythos with Telos, the Controller and the Cybermats.
The story owes its structure to the Universal and Hammer Mummy films - with an expedition in a remote region searching for a hidden tomb - only to find the occupant(s) very much still alive, and people get bumped off one by one as though they have breached some terrible curse. The quarry location for Telos had been used the year before by Hammer for The Mummy's Shroud (featuring Roger Delgado), and the chief guest artist in this story - George Pastell, who plays Klieg - had featured in both The Mummy and Curse of the Mummy's Tomb. 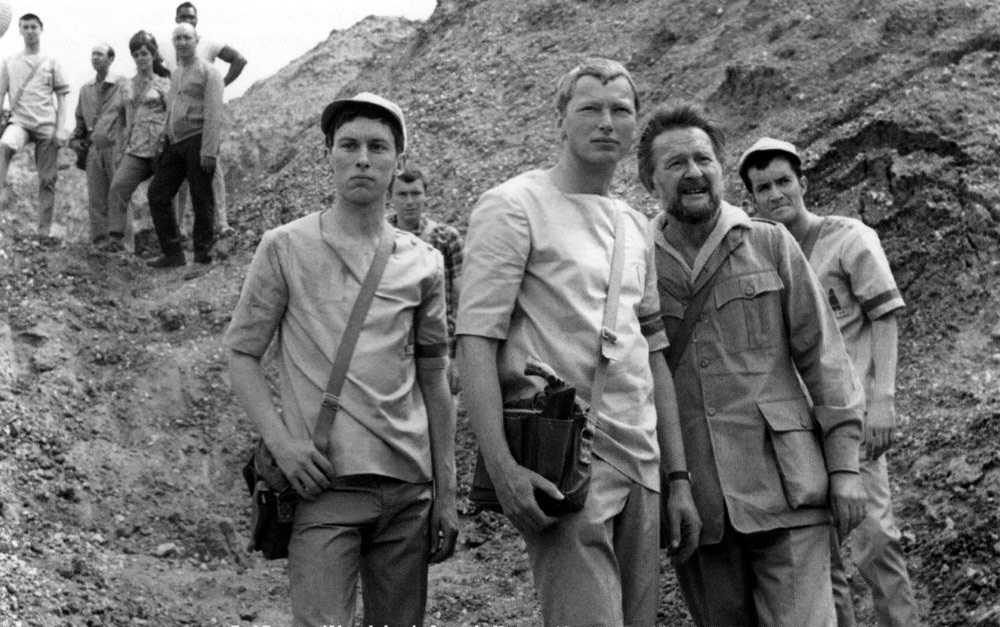 Other guest artists are Shirley Cooklin as Kaftan, Cyril Shapps as Viner, Bernard Holley as Haydon, George Roubicek as Hopper, Roy Stewart as Toberman, and Aubrey Richards as Parry. Clive Merrison features as Hopper's deputy, Jim Callum. Many of the cast will return to the programme - Viner in a number of Pertwee and Tom Baker stories; Stewart in Terror of the Autons; Holley in The Claws of Axos; and Merrison in Paradise Towers.
The regulars are all well served in this - especially Debbie Watling, getting to show some potential. The interplay between her and the Doctor / Jamie is wonderful - such as the scene near the beginning where she dons a more contemporary costume - with comparisons to the length of Jamie's kilt. There is a really good scene in Episode 3 where the Doctor and Victoria pause to talk about the loss of her father - and he mentions his own family.
The opening TARDIS scene, coming as it does as a season opener as well, helps to quickly restate who the Doctor is, as well as remind us about the TARDIS and its capabilities. The Doctor states that he "perfected" the ship. He says he is about 450 years old in this story.
The Doctor's actions in this story have come under considerable scrutiny, as there seems to be the possibility that he allows the Cybermen to be unleashed and therefore must take some responsibility for a number of deaths. It could be argued that events would have unfolded anyway, and he merely pushed things along in order to discover the full nature of the threat in order to destroy it. 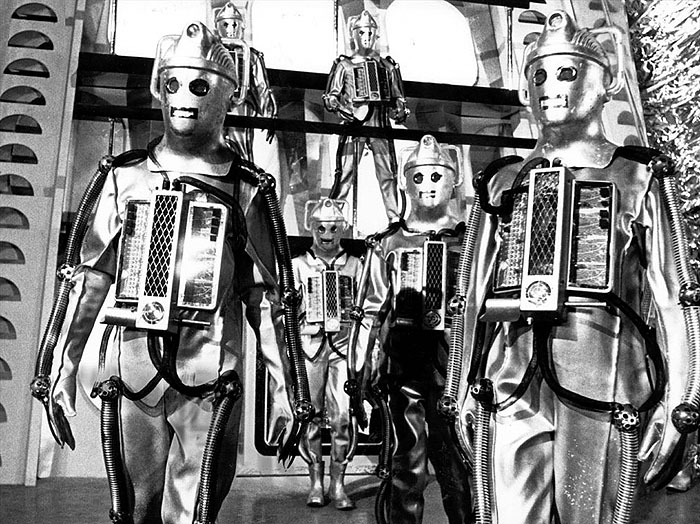 Klieg is a member of a Logicians group who want to ally themselves with the Cybermen, but the tombs are actually a trap to ensnare potential new "converts" for the Cybermen. The Controller wants to send an augmented Klieg back to Earth to make new "converts".
The Cybermen don't actually appear much in the story - confined mainly to the third episode. The Controller, played by Michael Kilgarrif, is quite an impressive design, though the cranium - which was supposed to pulse and glow - doesn't really come across due to lighting levels. The tomb set is wonderful, but would have looked better with more atmospheric lighting. The Cybermen have had a slight design tweak since their last appearance - with rubber boots instead of lace-up ones.
Episode endings for this story are: 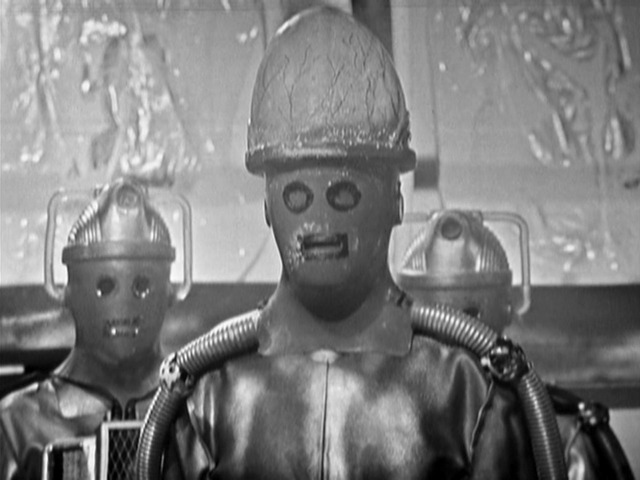 Overall, a very good Cyberman story, though they're only really in the second half. Some of the reasons people re-evaluated this story back in 1992 relate to visual effects - with prominent kirby flight wires and obvious dummies in a couple of fight sequences. A couple of performances let the story down also - thanks to some cod accents which the performers have been lumbered with. Enjoy it as a solid adventure and with thanks that we have been able to see it at all. And Matt Smith says it is his favourite story.
Things you might like to know:
Posted by GerryD at 17:55