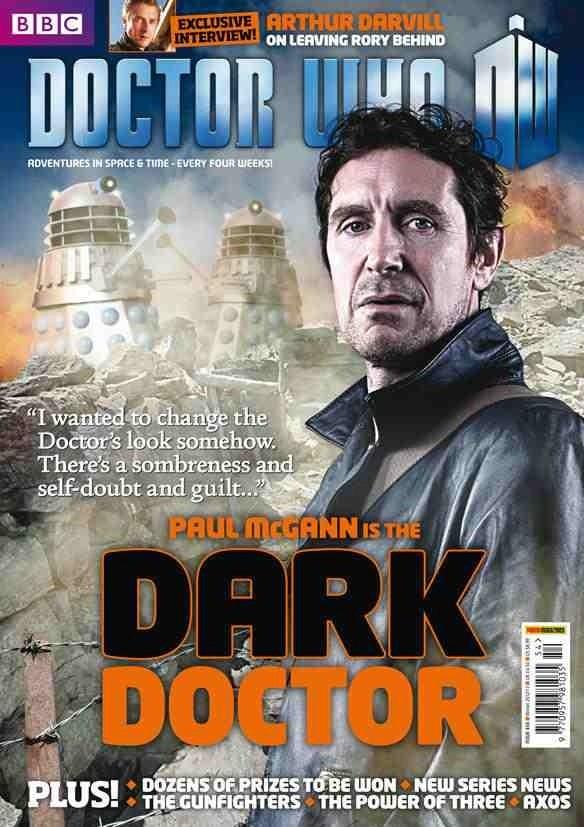 Hardly anything at all about Series 7 Part 2 apart from the Production Notes column, which this month is by writer Stephen Thompson. He writes about his episode and confirms that we will get to see the heart of the TARDIS, and a few new rooms along the way. There is mention of wanting to lay the ghost of The Invasion of Time to rest - when a scene-shifters strike meant that studio TARDIS interiors had to be replaced with location filming in an abandoned hospital.
It is also implied that this is a Doctor-lite episode - "the star won't necessarily be the usual person. You might not actually see the star." (His italics). Thompson mentions the title Journey to the Centre of the TARDIS that appeared in Radio Times - and neither confirms nor denies it.
Tomorrow night's Children in Need scene is described as a "teaser scene" for the Christmas Special.
DWM is confusingly calling Neil Cross' story episode 2, and Neil Gaiman's story episode 7 - despite the next batch of episodes clearly being the second half of a series that we've already seen 5 episodes of.
Posted by GerryD at 20:36