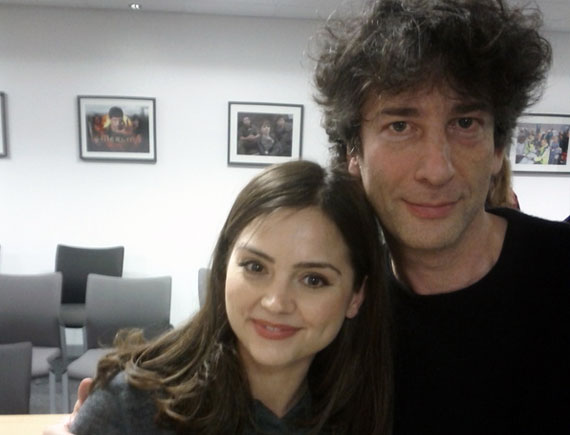 Not a great deal happening at the moment. The penultimate episode of Series 7 - the one written by Neil Gaiman - reached the readthrough stage this week.
There has been some casting news. Ex-Eastender Tamzin Outhwaite will be playing a character called Captain Alice, and Celia Imrie is also reported to be appearing in a story with a contemporary setting.
Imrie is no stranger to Sci-Fi, having played one of the Naboo pilots in The Phantom Menace. She's best known in the UK for her work with Victoria Wood - especially the soap spoof Acorn Antiques.

I bought Doctor Who Insider on Thursday. There is an overview of the Amy / Rory years and a huge 3 part interview with Karen Gillan and Arthur Darvill, as well as a feature on Dalekmania, an interview with Katherine Jenkins regarding her work on A Christmas Carol, and a small piece on J-LC. The issue comes with a double sided poster - textless "film posters" for Asylum of the Daleks and The Angels Take Manhattan. 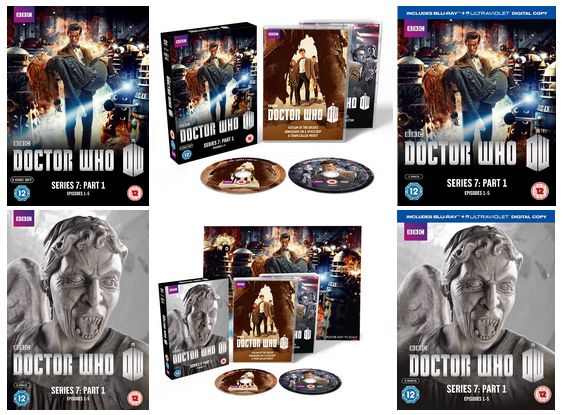 The Series 7 Part 1 DVD set was released on Monday. The only thing I will say about it is the annoying fact that Pond Life and the two prequels are on the second disc, divorced from their episodes. This means you have to keep swapping discs if you want to watch everything in order. I hope the eventual Box Set will be better organised - and include P.S. which is absent from this set.
Posted by GerryD at 19:48