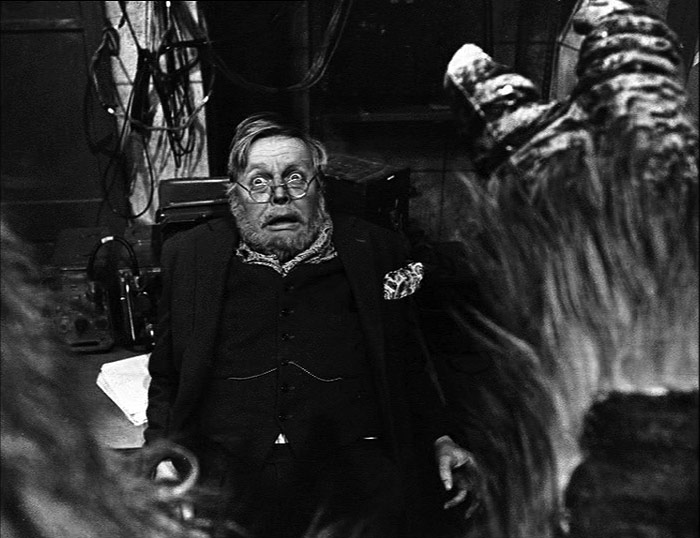 In which Professor Edward Travers comes to regret getting a Yeti control sphere operational again. It is some 40 years after events at Det Sen Monastery in Tibet, and Travers is now an expert in electronics. He had given a Yeti robot to the private museum of Julius Silverstein in London. The reanimated sphere has gone missing - and Travers suspects it will try to reunite with a host body. Silverstein refuses to return the Yeti. The sphere breaks in and reanimates the creature - and it kills the museum owner before vanishing into the night. Soon after, a strange glowing web substance starts to appear in London - forcing the city's evacuation as anyone who ventures into it is found dead, smothered in web. The army sets up a base in an old WW2 fortress at Goodge Street Underground station. The tube tunnels are the only way of getting around - and now they are also under threat. Travers joins the army at the fortress, along with his scientist daughter, Anne. The TARDIS is also attacked by the web substance in space. The Doctor breaks free and the ship materialises in the Underground at Covent Garden. Jamie and Victoria are found by Staff Sergeant Arnold and his men, who are about to blow up Charing Cross station to halt the web's advance. They are taken to Goodge Street. The Doctor finds himself at Charing Cross and sees Yeti use web-spitting guns to smother the army explosives - containing the blast. 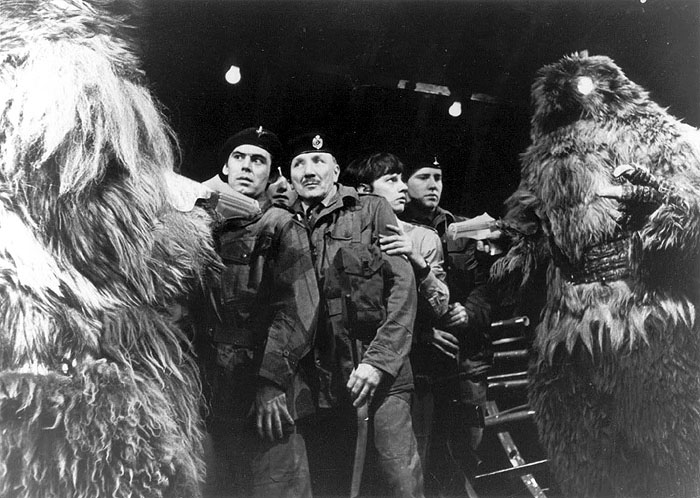 Travers is amazed to see Jamie and Victoria hardly changed. and orders that the Doctor be found and brought to him in order to help. The Doctor meets the survivor of an ambushed munitions convoy - Colonel Alistair Lethbridge-Stewart. He had been on his way to take command of the Goodge Street fortress. Once at the fortress, Travers explains recent events. The Doctor deduces that the professor has inadvertently offered the Great Intelligence another opportunity to form a bridgehead here on Earth. As with Tibet, someone will be under the Intelligence's influence - and suspicions run rife as to who it may be. There are numerous acts of sabotage. When the Colonel leads a raid on an electronics store near Covent Garden - to get equipment for the Doctor - they find the Yeti waiting for them. 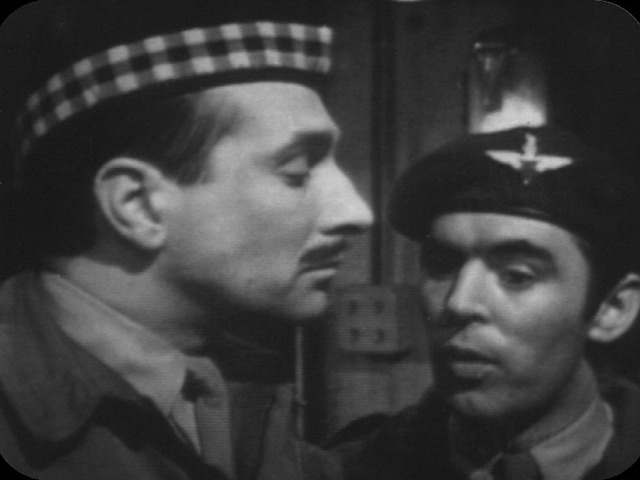 The Doctor builds a device that can deactivate a Yeti, and he uses it to gain one of the robots. Its sphere is replaced with one that he can control. The Yeti break into the fortress and Travers disappears. When he is next seen, he is under the control of the Intelligence. The Doctor must give himself up to the Intelligence at Piccadilly Circus station. Here, a pyramid device has been set up in which the Intelligence plans to absorb the Doctor's mind. Travers is freed - as it has been Staff Sergeant Arnold who has been host for the Intelligence all this time. The Doctor has sabotaged the mind-draining machine to work in reverse - draining the alien entity - but his friends are unaware of this. The Doctor-controlled Yeti attacks the others and the Doctor is pulled free before the machine can do its work. Arnold dies as the Intelligence is once more expelled into deep space, and the Yeti are rendered lifeless. 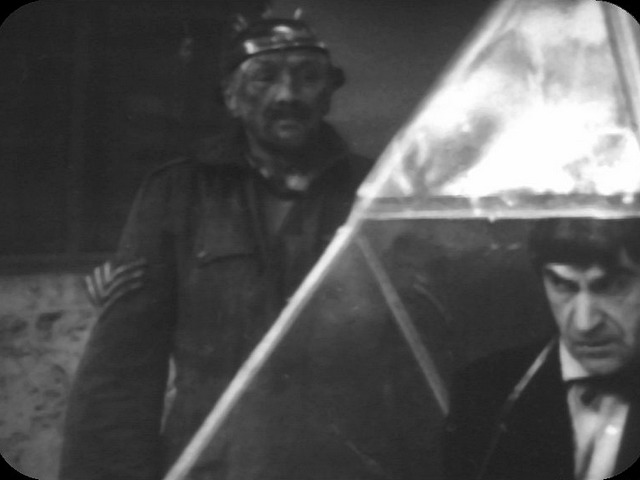 This six part adventure was written by Mervyn Haisman and Henry Lincoln, and was broadcast between 3rd February and 9th March, 1968. Only episode 1 survives in the archives, though we can still enjoy the soundtrack and telesnaps for lost episodes. There are a couple of very brief Australian censor clips from later episodes - including Yeti in the Underground tunnels and some of the Covent Garden battle.
Peter Bryant becomes full time producer, and the Story Editor from now on will be Derrick Sherwin.
The story is significant for the speedy return of the Yeti, who had proved extremely popular just a few months before, and for the introduction of one of Doctor Who's most iconic characters - Lethbridge-Stewart, who will soon be promoted to Brigadier.
The story is also significant as the first true sequel in the history of the programme. Previously there had been recurring monsters like the Daleks and Cybermen, or characters like the Monk, but this is a direct continuation of the earlier The Abominable Snowmen - with the character of Edward Travers as well as the Great Intelligence and the Yeti, and events in the second story are directly driven by elements from the first. 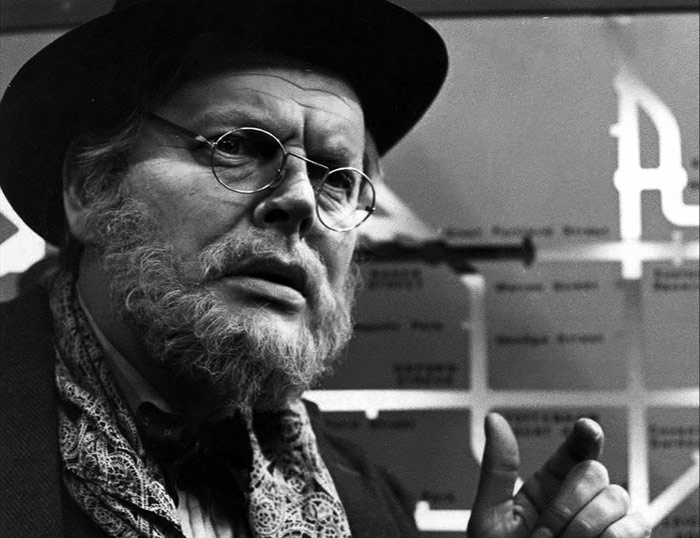 Travers is once again played by Debbie's dad, Jack Watling. Whilst a bit gruff and unsociable in his first appearance, in this he is a cantankerous - but loveable - old so-and-so. He plays grumpy old man extremely well. Daughter Anne is played by Tina Packer. She has a nice line in put downs of sexist army banter.
Colonel Lethbridge-Stewart is, of course, played by dear old Nicholas Courtney who became one of the programme's greatest ambassadors. Lethbridge-Stewart's influence remains to this day, with his daughter Kate now a leading part of UNIT. For a while we actually suspect the Colonel of being the Intelligence's host.
Other actors worth mentioning are Ralph Watson as Captain Knight, who is running the fortress at the start of the story; Jack Woolgar as Staff Sergeant Arnold; and Jon Rollason as the unctuous reporter Harold Chorley - another Intelligence suspect. Watson will return to the programme as the firebrand Pel miner Ettis in The Monster of Peladon. 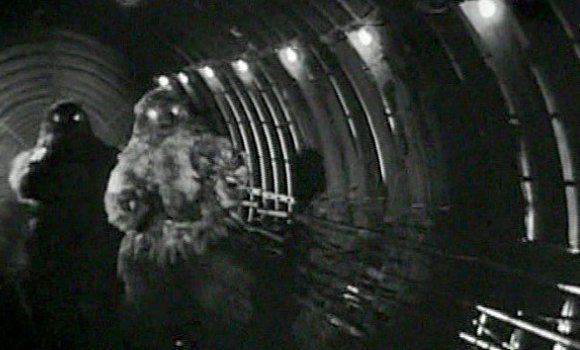 Special mention must be made of Douglas Camfield's direction, the lighting and the sets. It is no wonder that directors like Graeme Harper cite Camfield as an major influence. Clive Leighton's lighting adds to the claustrophobic atmosphere, and contributes to the story's famous run-in with the London Underground bosses who had refused permission to film. David Myerscough-Jones' impressive tunnel sets prompted an angry letter from LU demanding to know why the BBC had ignored their prohibition to film - so realistic are they.
Episode ending for this story are: 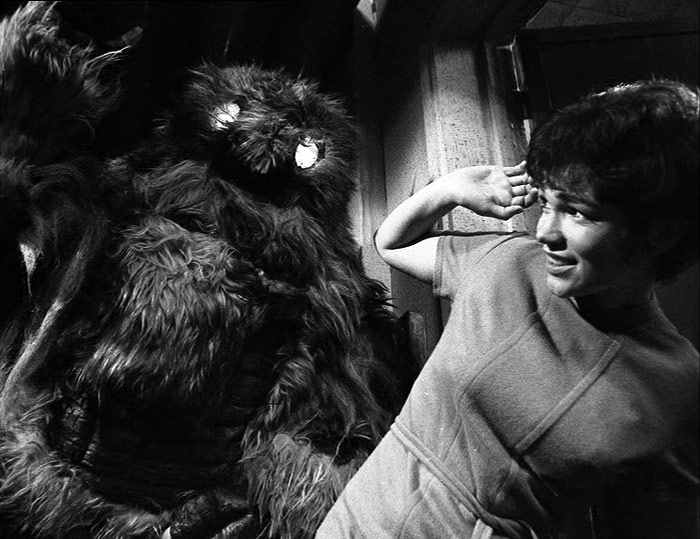 Overall, one of the best Doctor Who stories ever. Great for base under siege fans, with a tense, unnerving  atmosphere - not knowing who the Intelligence's agent might be. Apart from the rather stereotyped Silverstein, a flawless production in every way.
Things you might like to know:
Posted by GerryD at 20:38