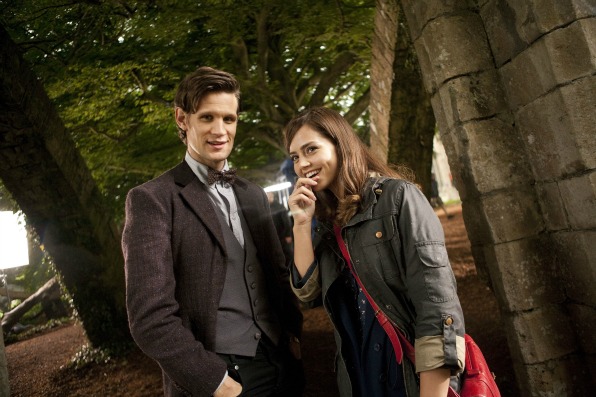 My 200th post, and it just happens to fall on 23rd November - Doctor Who's 49th Anniversary. I thought I would look forward rather than back, to see what we can expect (so far) from the year to come.
I shan't mention the numerous Big Finish releases expected - they get enough free publicity from DWM every month anyway.
Two audio releases of Target novelisations expected in 2013 are The Talons of Weng-Chiang in January, and The Gunfighters in February.
Book wise we can look forward to:
3rd January - the paperback release of Terry Nation: The Man Who Invented The Daleks by A W Turner.
31st January - the paperback release of Gareth Roberts' Shada.
1st February - The Silurian Gift - a Quick Reads from Mike Tucker (allergy advice - may contain Myrka).
7th March - the 50th Anniversary re-release collection (11 books - one per Doctor). 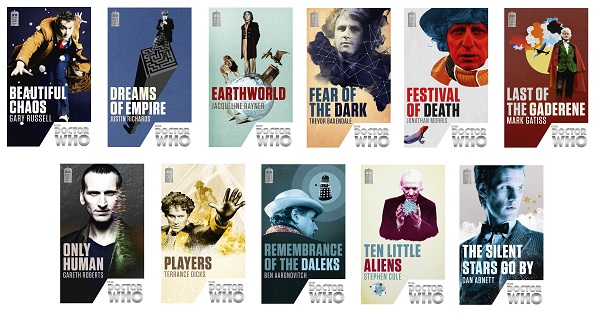 15th March - Doctor Who FAQ by Dave Thompson.
2nd April - The Doctor Who Character Encyclopaedia.
4th April - Where's the Doctor? - one of those Where's Wally? type books.
8th April - Nemesis of the Daleks by Dan Abnett and Paul Cornell.
11th April - 3 new novels as yet untitled, written by Nicholas Briggs, Justin Richards and Tom Donbavand.
15th April - The Doctor Who Character Compendium from DK Books.
31st May - Doctor Who in Time and Space: Essays on Themes, Characters, History and Fandom - by various.
4th July - paperback release of Dark Horizons by J T Colgan.
1st August - paperback release of The Wheel of Ice by Stephen Baxter.
14th August - 2014 Doctor Who Annual.
1st September - Who is Who? The Philosophy of Doctor Who by K S Decker.
5th September - 101 Things to do with a Sonic 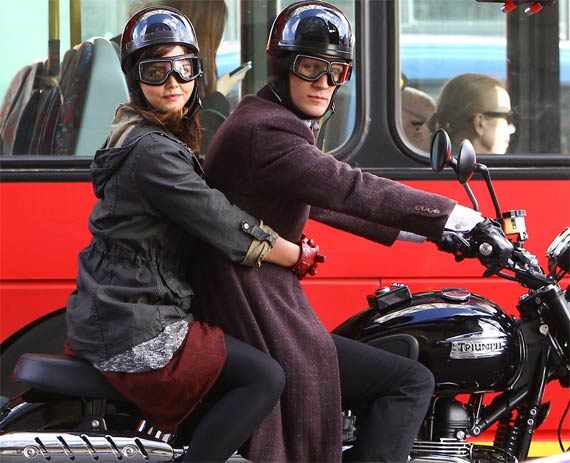 As for the TV series itself, we won't know for quite a while where the 50th Anniversary story will sit in relation to the rest of Series 8 - the opener or, more likely, the closing story of the first half of the series, allowing for a gap before the 2014 Christmas Special.
Before then we have the remaining half of Series 7, which comprises this year's Christmas Special - The Snowmen - featuring Richard E Grant as the villainous Dr. Simeon, evil snowmen, a Victorian Clara, and the return of Madam Vastra, Jenny and Strax as the Paternoster Gang.
The next bit might be deemed a bit spoiler-ish, but it's all gathered from information that's out there.

First episode in the Spring is by Steven Moffat and is apparently set in contemporary England. Doctor and Clara on a motorbike. Something to do with robots. One title being bandied about is "The Bells of St. John".
Next up is the first script by Neil Cross, which has been referred to by the title "The Rings of Akhaten".
Third story is the first of Mark Gatiss' contributions - a base under siege tale with lots of shooting and explosions, a waterlogged set and a creature which is realised prosthetically but will have some CGI additions. Features David Warner and Liam Cunningham.
Fourth story is Neil Cross' second script - has been named as "Hider in the House" (previously Phantom of the Hex). Features Dougray Scott and may involve ghosts / dual time streams. 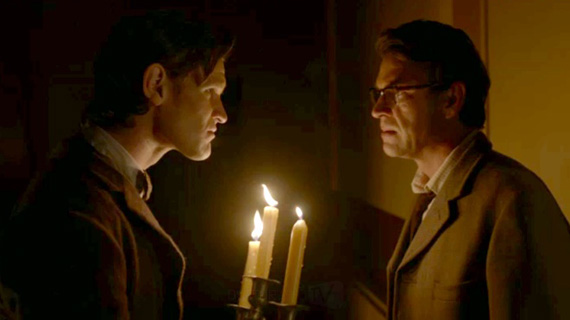 Fifth is Stephen Thompson's tale set within the TARDIS and featuring Ashley Walters. Currently titled "Journey to the Centre of the TARDIS". Possibly Doctor-lite.
The sixth story is Mark Gatiss' Victorian tale featuring Diana Rigg and Rachel Stirling. There was a reference to the "Crimson Horror" in DMW. More Paternoster Gang expected.
Penultimate story of the series is Neil Gaiman's Cyberman story (read-through title "The Last Cyberman"). New streamlined design of Cybermen. Guest starring Jason Watkins, Warwick Davis and Tamzin Outhwaite. Set on an alien planet.
And that just leaves Moffat's finale, about which nothing is known so far. No sign of any story arc for the second half - though Clara may provide this.

Other things I think we can expect, beyond the already announced origins of Doctor Who docu-drama by Mark Gatiss, would be some live events - possibly another official Convention, Concert / Prom, and something along the lines of 2010's Doctor Who Live event. There will probably be a theme night on either BBC 2 or 4, a new documentary, and a new Radio Times Special. BBC Books will release a massive new tome. If the Daleks can get a postage stamp, now will be the time for the Doctor to get one.
Posted by GerryD at 20:53