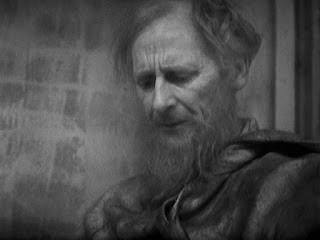 Darrius was an elderly scientist who had been a friend of Arbitan, the Keeper of the Conscience machine on the planet Marinus. He was tasked with guarding one of the keys which operated the machine. He kept this in his laboratory, which he surrounded with lethal booby-traps. Darrius' botanical experiments led him to develop a growth accelerator, with the chemical formula DE3 O2. This not only caused the vegetation to grow, it mutated it so that it developed an intelligence hostile to animal kind. The old man became besieged by the jungle. The Doctor's companions Ian and Barbara arrived in search of the key, only to fall foul of his traps. Darrius agreed to help them if they could prove they had been sent by Arbitan, but before this could happen he was strangled by creeping plant vines. He gave the teachers a clue to the key's whereabouts before dying.

Played by: Edmund Warwick. Appearances: The Keys of Marinus (1964).