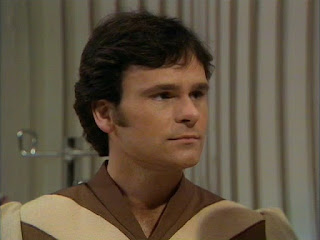 A young Time Lord technician who was an old friend of the Doctor. When Omega attempted to break out of the universe of anti-matter for the second time, Damon became suspicious when one of his colleagues was killed, supposedly electrocuted by accident. He decided to investigate and discovered that a member of the High Council had transmitted the Doctor's bio-data - necessary for Omega to bond with him. When the Doctor was captured and sentenced to death Damon helped get this information to him, and allied himself with Nyssa to try to help him. After it became apparent that Councillor Hedin had been the traitor who was attempting to free Omega, Damon assisted the Doctor and Nyssa in escaping from Gallifrey, supplying him with a TARDIS control element that did not have a recall unit built in.