When is a rumour not a rumour? 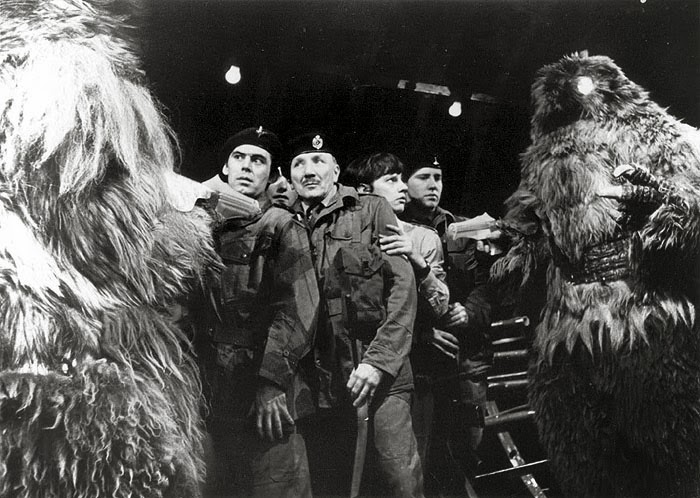 When it is a leak. A slow one, but a leak none the less. We're a couple of hours away from the news embargo being lifted on today's news conference regarding what might have been rediscovered. Throughout this whole process - from this summer to today - one thing has been apparent. Someone closely involved with the find has a very big mouth.
Rumours? Easy. I could start one here and now. Doesn't need any real bearing in truth, just need to make it sound plausible. Telesnaps for The Space Pirates have been found in someone's loft. Tell this to the right people and it will be doing the rounds in no time.
This entire find has been plagued by leaks and poor news management. The fact that the story was being talked about during the summer for a start is proof that someone involved couldn't keep their gob shut. Suddenly last weekend, someone (maybe the same someone, maybe someone else) told somebody else about the imminent announcement, and the release of at least some of the material on i-Tunes and other platforms. All a bit specific for what is supposed to be just a rumour. Just why is Sky News talking about something that's supposed to be confidential to the BBC, and their big story?
In the last two days, two specific stories have been mentioned time and time again - The Enemy of the World and The Web of Fear. Rumour? Not if proven to be the case at midnight tonight. Proof that someone is blabbing.
A certain newspaper got confused about the embargo and went ahead and printed something.
Had the news been managed properly, the contents of the news conference would have been made known immediately. Isn't that what news conferences are all about? Giving everyone the news at the same time? I have written about this before, but I will repeat that I just don't understand the logic behind these embargoes which the BBC insists on imposing. You simply cannot trust every single person to keep schtum. Today you've just told lots of people, who are commercially obliged to compete regarding news, some information - and you're thick enough to believe that no-one's going to blab.
People have been asking why this is all happening in early October, when we are so close to the late November anniversary. I think, personally, that it all being forced along because of the leaks.
At least three organisations have been involved in this recovery - the commercial firm who found the episodes, the BBC, and DWM. Someone who works amongst this lot has a real problem keeping their mouth shut. That person (or persons) has made the whole thing look as if it has all been handled in a very amateurish fashion.
Posted by GerryD at 21:55