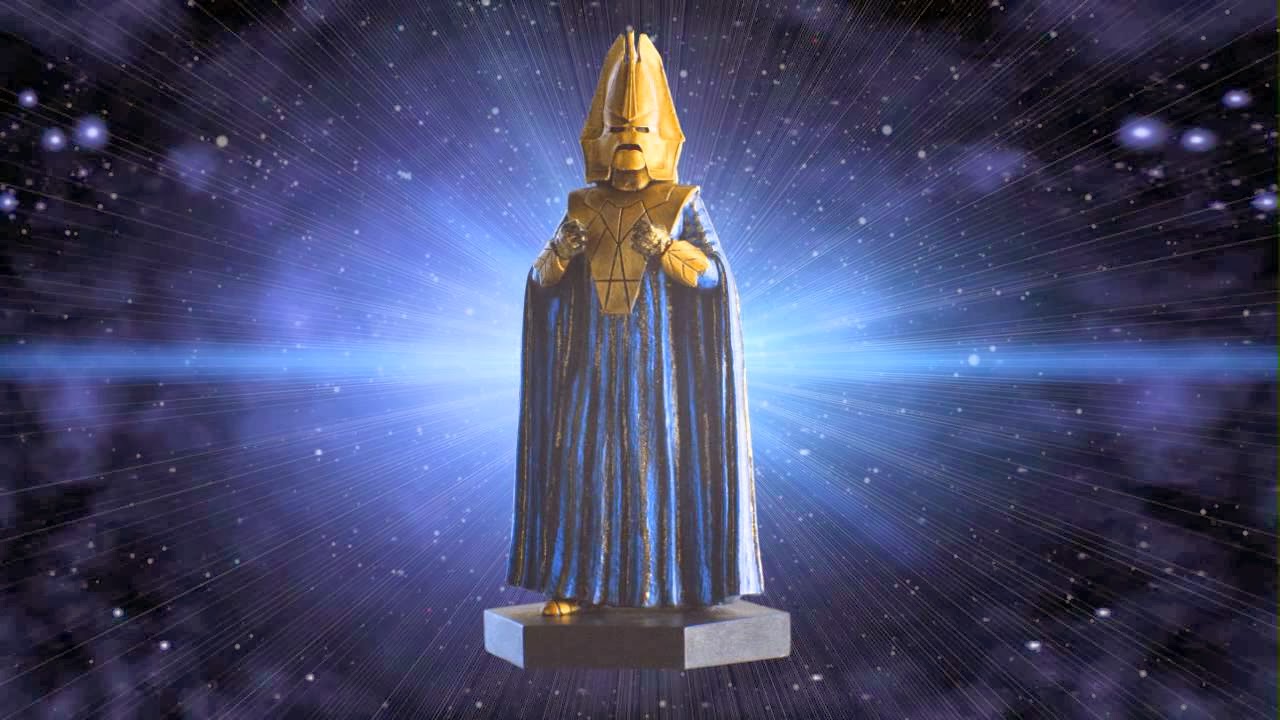 We knew from the very first issue what nine of the first ten figurines would be (No.8 was missing). Next up are the Bronze Dalek and Sontaran General Stahl. Then we have the Tenth Doctor, followed by Skaldal and a Silent. But what comes after these? According to Eaglemoss' Facebook page, this is what we have to look forward to, over the first half of 2014:
11. Rassilon (The End of Time Parts 1 & 2)
12. An Ood
13. The Dalek Supreme (version not known)
14. A Cyberman (Nightmare In Silver)
15. Omega (The Three Doctors)
16. A space-suited Vashta Nerada
17. The Fourth Doctor
18. A Judoon
19. A Dalek (The Dead Planet)
20. A Sycorax
21. A Cyberman (The Invasion)
22. The Ninth Doctor
23. A Heavenly Host
Still a strong emphasis on the new series, but good to see some classic characters starting to appear. I suspect the Dalek Supreme will be the red / gold one from the Series 4 finale. Subscribers also have the 22cm high Eccleston Emperor Dalek to look forward to (due on the 7th of November), as well as those exclusive additional Daleks which will be sent out intermittently.
Posted by GerryD at 00:12