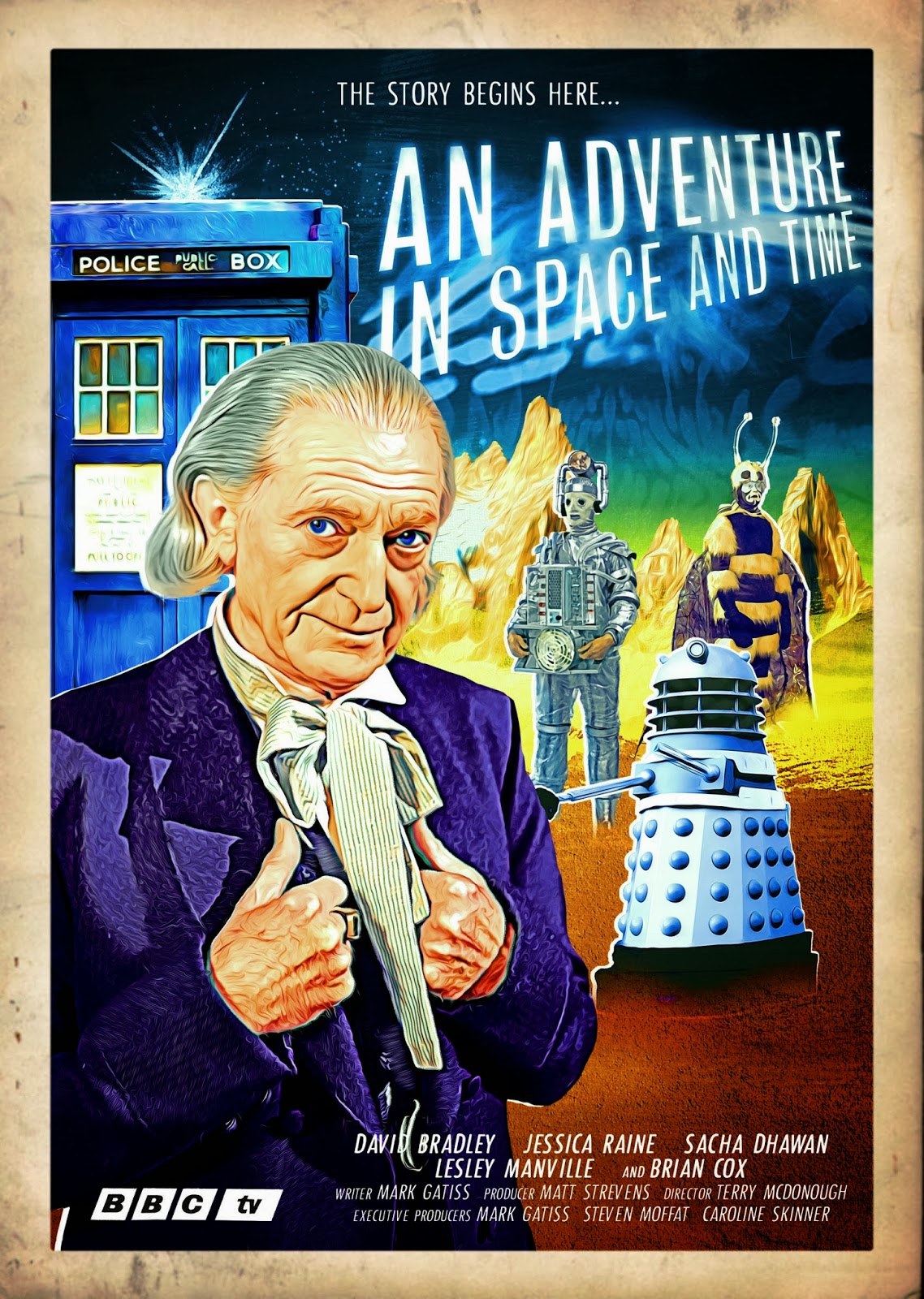 A couple of new retro-style posters for An Adventure In Space And Time released. The one loosely based on the 1965 Dr Who Annual is by far the best. It has been announced that the drama will be shown in Australia on Sunday 24th November. Whilst I had it in my head it would be broadcast prior to the 23rd, this date might equally apply to the UK transmission.
BBC3 are embarking on a weekend of programming between Friday 15th - Sunday 17th.
Today's Radio Times has an article on the making of last week's trailer, as well as a competition to win 5 pairs of tickets to the sold-out Convention (for Friday 22nd entry).
And Blue Peter continues its long association with Doctor Who with programmes on Thursday 21st and Saturday 23rd. There will be a competition to design new "sonic devices" for Strax, Jenny and Madam Vastra - to be seen in their Series 8 appearance.
Friday 8th November sees a Who-themed edition of BBC2's Celebrity Antiques Road Trip - featuring Colin Baker and Peter Purves. The money raised from this series goes to Children In Need, which takes place on Friday 15th November, and is due to feature a Doctor Who element.
Posted by GerryD at 19:27