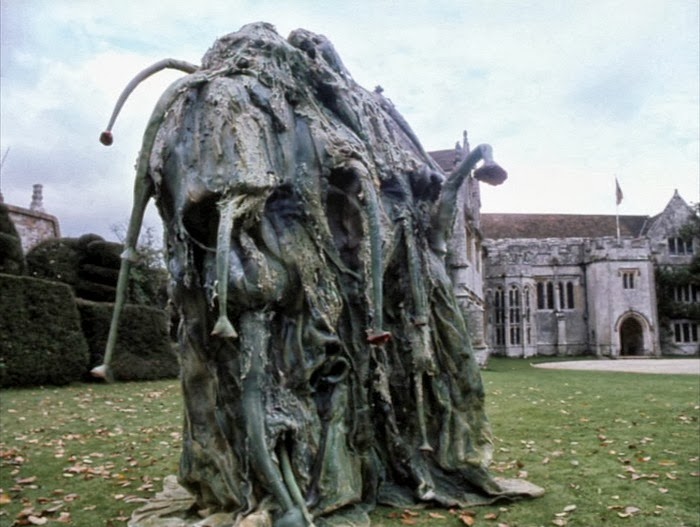 In which scientists working at the South Pole discover a strange plant gourd buried deep in the permafrost. They defrost it and find that it is only dormant. A tendril emerges and one of the men is infected. He rapidly mutates. Sir Colin Thackeray of the World Ecology Bureau seeks help from UNIT and the Doctor and Sarah travel to the Antarctic. One of Thackeray's officials - Dunbar - sells information about the find to the millionaire Harrison Chase, who is obsessed with plantlife in all its forms. Chase sends a scientist named Keeer, and his security man, Scorby, to the base to steal the pod - using any means necessary. The Doctor realises that the infected scientist is turning into a Krynoid. These carnivorous plant-based lifeforms originate on another world. Fully grown they can measure 50 feet in height. When they germinate, they produce thousands of pairs of pods to blanket the planet, whilst others drift through space to colonise other worlds. The Doctor finds the second pod buried close to where the first was found. As the infected scientist - now a humanoid Krynoid - escapes and goes on the rampage, Scorby and Keeler steal the second pod and sabotage the base - blowing it up and leaving the Doctor and Sarah for dead. 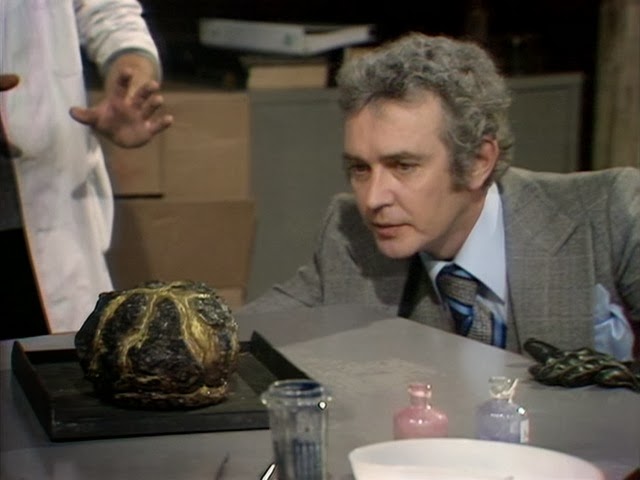 Back in the UK, Dunbar informs Chase that the Doctor and Sarah have been rescued. The stolen pod is soon traced, after Chase tries to abduct them. They find a painting in the boot of their would-be abductor's car, and the artist, Amelia Ducat, confirms she sold it to Chase. The millionaire lives in a huge mansion in extensive grounds - protected by his own private army. Breaking in, Sarah is captured and Chase decides that she would make an ideal host for the Krynoid. The Doctor saves her and, in the confusion, Keeler becomes infected instead. The scientist mutates rapidly and soon breaks free. Dunbar, remorseful of his treachery, goes to the house and is killed by the creature - now a large tentacled mass. The Doctor escapes and goes to see Sir Colin, who calls in UNIT. The Brigadier is away, and Major Beresford is in charge. He offers the Doctor some classified new plant defoliant, and prepares an assault team. 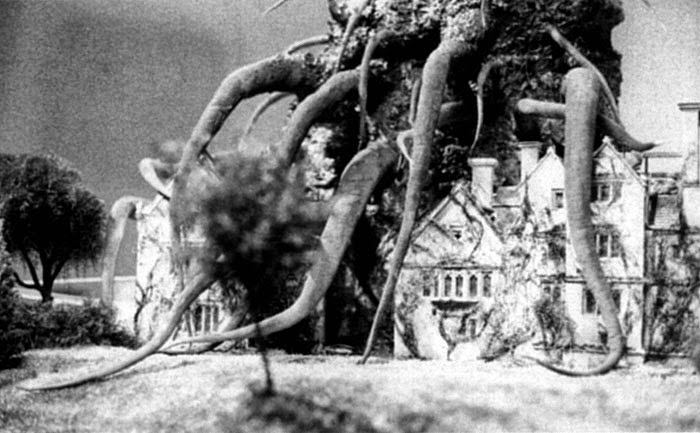 Chase is quite insane, and has fallen under the Krynoid's mental influence. The creature can also influence native flora - causing plants to attack humans for miles around. The Doctor and UNIT Sergeant Henderson use the defoliant to break in and rescue Sarah and Scorby. The Krynoid soon threatens to crush the house. Beresford's attack using a laser weapon fails. Scorby panics and makes a run for it. Falling into a lake, the weeds attack him and he drowns. Chase kills Henderson, disposing of the body in his composting machine. He tries to kill the Doctor by pushing him into the machine, but it is the crazed millionaire who perishes. UNIT sends in bombers, and the Doctor and Sarah flee the house just as the Krynoid is about to germinate. The Krynoid is blown up. 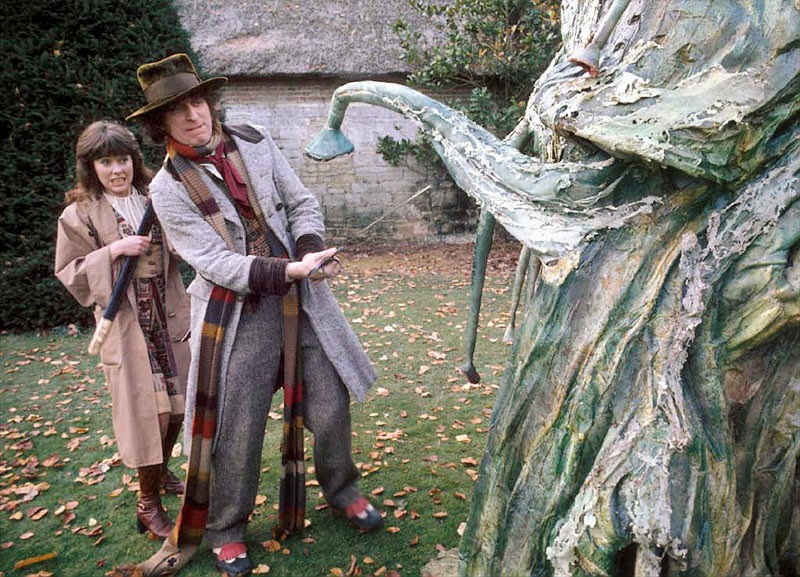 This six part adventure was written by Robert Banks Stewart, and was broadcast between 31st January and 6th March, 1976. It marks the final story of Season 13, and is the final Doctor Who adventure to be directed by the late, great Douglas Camfield.
A new story structure is introduced - whereby six part stories are split into two sections - two parts in one setting and four parts set elsewhere. Robert Holmes felt this was the only way to sustain a story over this episode length. The first two episodes of this story are clearly influenced by the classic Sci-Fi film The Thing From Another World (1951) - remade in 1982, and given a prequel in 2011. Scientists in an Arctic base find an alien buried in the ice. It is a carnivorous, plant-based creature. The film derives from a novella called Who Goes There?, written by John W. Campbell (writing as Don A. Stuart).
The subsequent UK-based episodes 3 - 6 are heavily influenced by an episode of ATV's The Avengers - Man-Eater of Surrey Green which was broadcast in 1965. In this a crashed spacecraft inadvertently brings an intelligent plant-form from space to Earth. A plant-obsessed millionaire falls under its malign influence, and it can make native flora hostile. 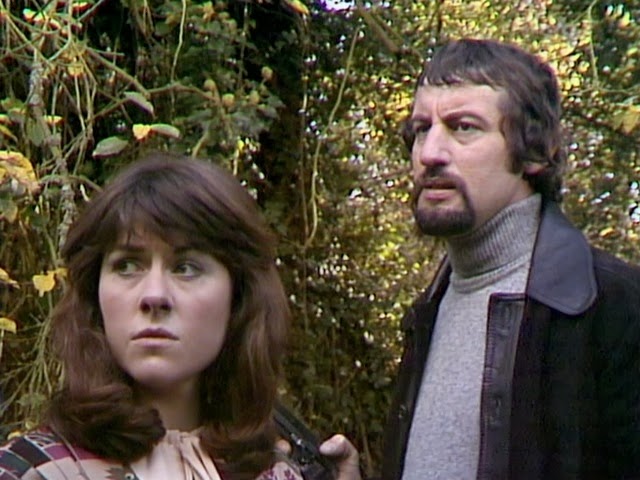 The story has a particularly high level of violence - realistic, adult violence at that. The Doctor, in particular, can be quite brutal, waving guns and throwing punches. Stewart and Camfield did come from TV thriller / cop show backgrounds after all. Mrs Whitehouse also complained about people being throttled by "obscene vegetable matter".
Camfield assembles an excellent cast. Principal villain Harrison Chase is played to perfection by Tony Beckley, who sadly passed away at the relatively young age of 51 just as his career in the US was taking off.
He goes from suave and cultured to homicidally insane in a matter of moments. The brutal Scorby is played by John Challis - most famous for his comedic role of dodgy used car salesman Boycie in Only Fools And Horses and its spin-off The Green, Green Grass.
Other performances of note include Sylvia Coleridge as the eccentric plant artist Miss Ducat, who used to "man" ack-ack guns in WWII, and Michael Barrington as Sir Colin - who at one point looks as if he might just take up the Doctor's offer of a trip in the TARDIS. I can see a Big Finish spin-off series called "WEB" in which Miss Ducat and Sir Colin solve plant-based mysteries around the Home Counties.
Sadly, the last of the UNIT stories features none of the regulars. John Acheson's Major Beresford is rather wooden.
Episode endings are: 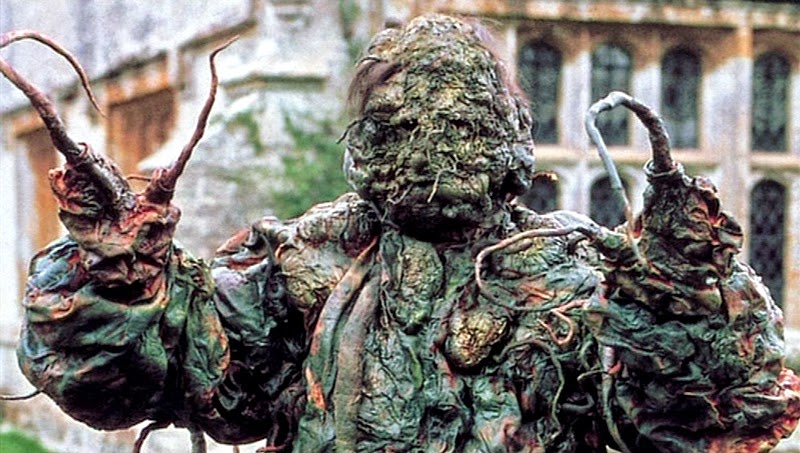 Overall, an excellent six parter. Splitting the action into two distinct parts certainly helps. If you are going to be influenced by other sources, make sure they are good ones. A very good monster - one that deserves a return - and some great performances.
Things you might like to know: