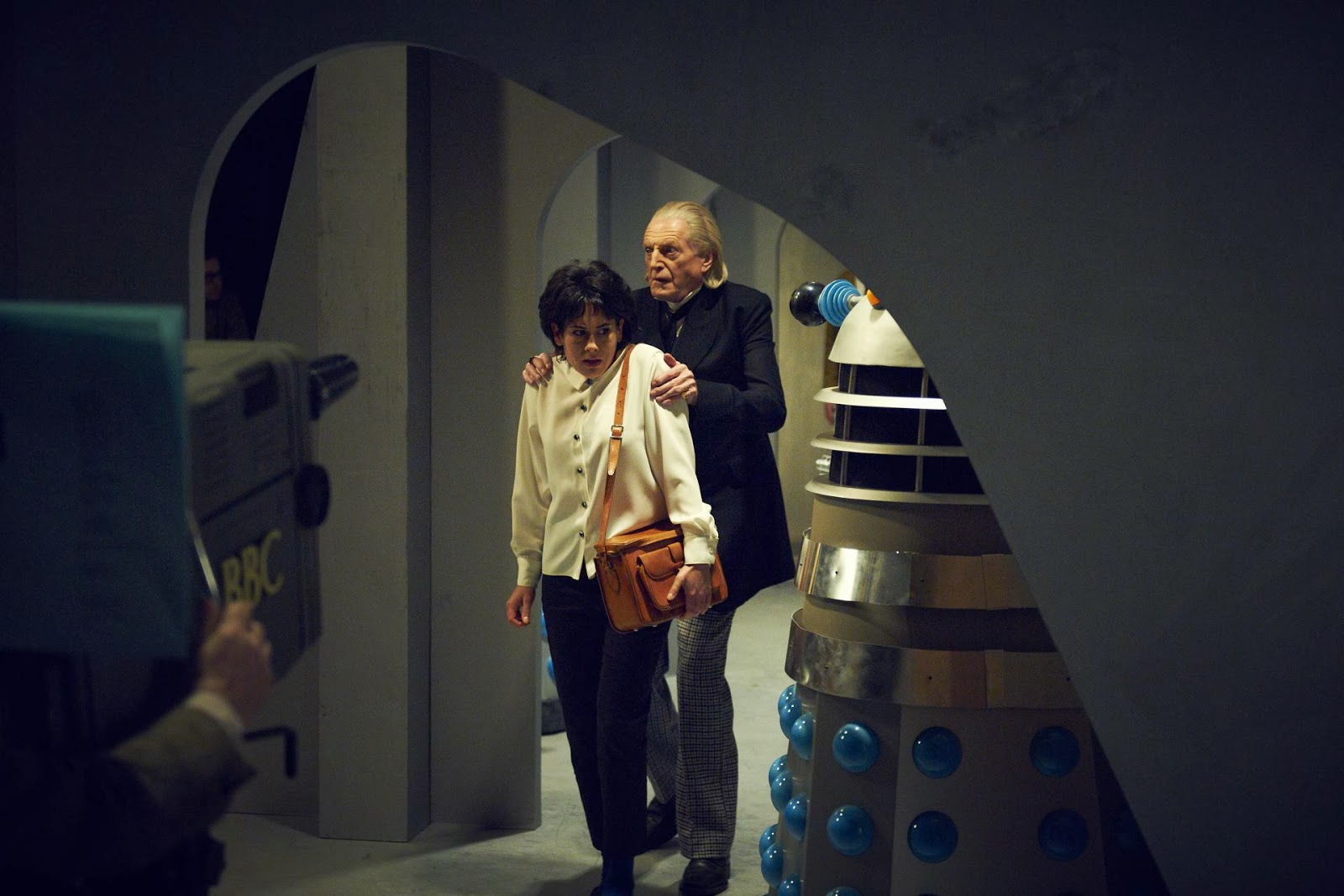 Still no trailer for The Day of the Doctor. I really did think the 4 week mark might have been the time to release one, but no. What have been announced this week are the details of the UK and US cinema screenings (Australian and New Zealand ones were announced earlier). Personally, I would prefer to watch it in the comfort of my own home, in old fashioned 2D.
The Science of Doctor Who - presented by Prof. Brian Cox - will be broadcast at 9pm on Thursday 14th November.
A couple of new images were released from An Adventure In Space And Time - featuring the first Dalek story, and Ian and Barbara's first entrance into the TARDIS in the pilot episode. 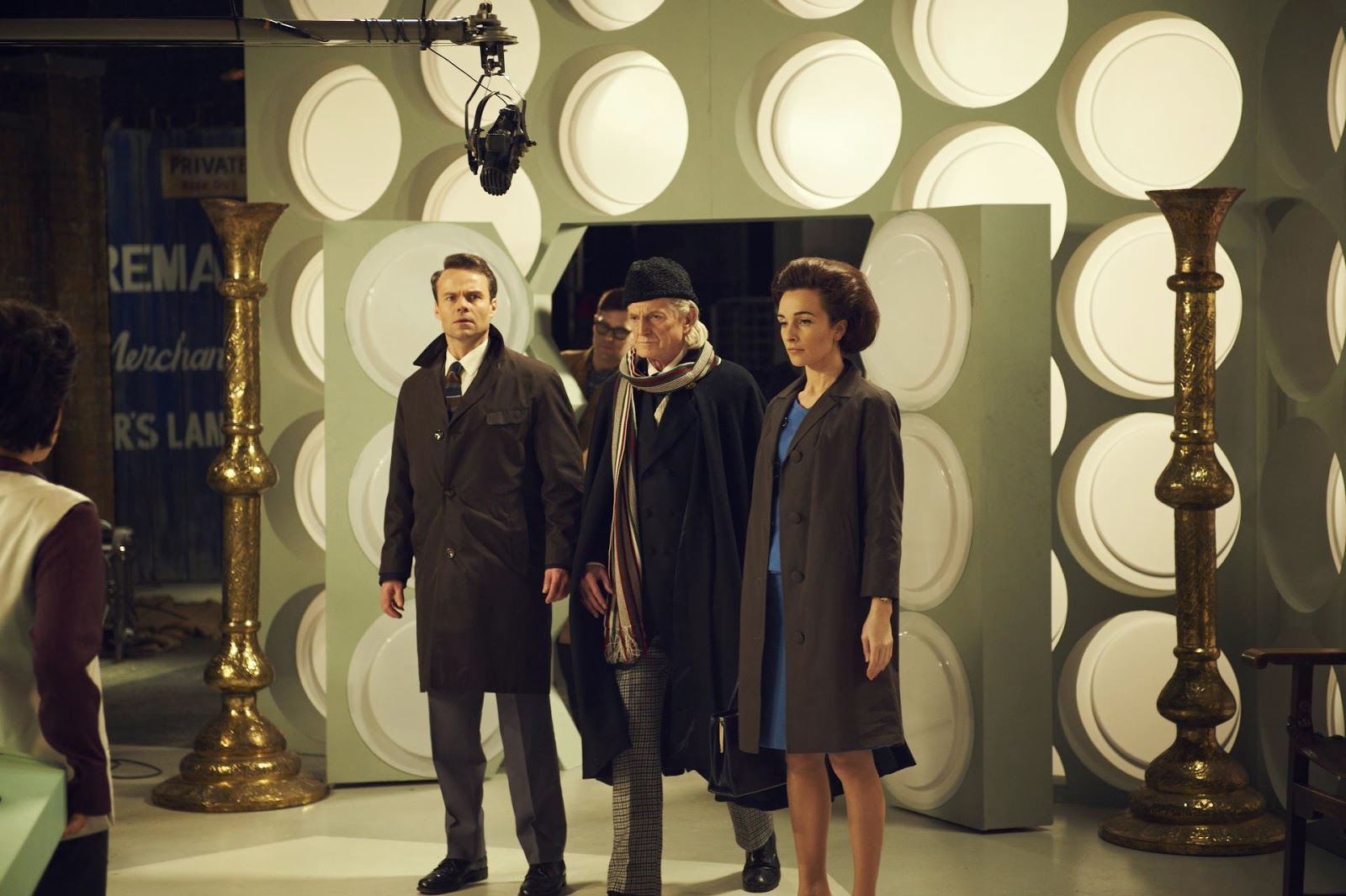 And that's about it really. I had hoped to give you my opinion on Marcus Hearn's The Vault book - but the postman is still to deliver it. With the biggest storm in more than 10 years on its way tonight, I may have to wait a bit longer for it...
Posted by GerryD at 19:18