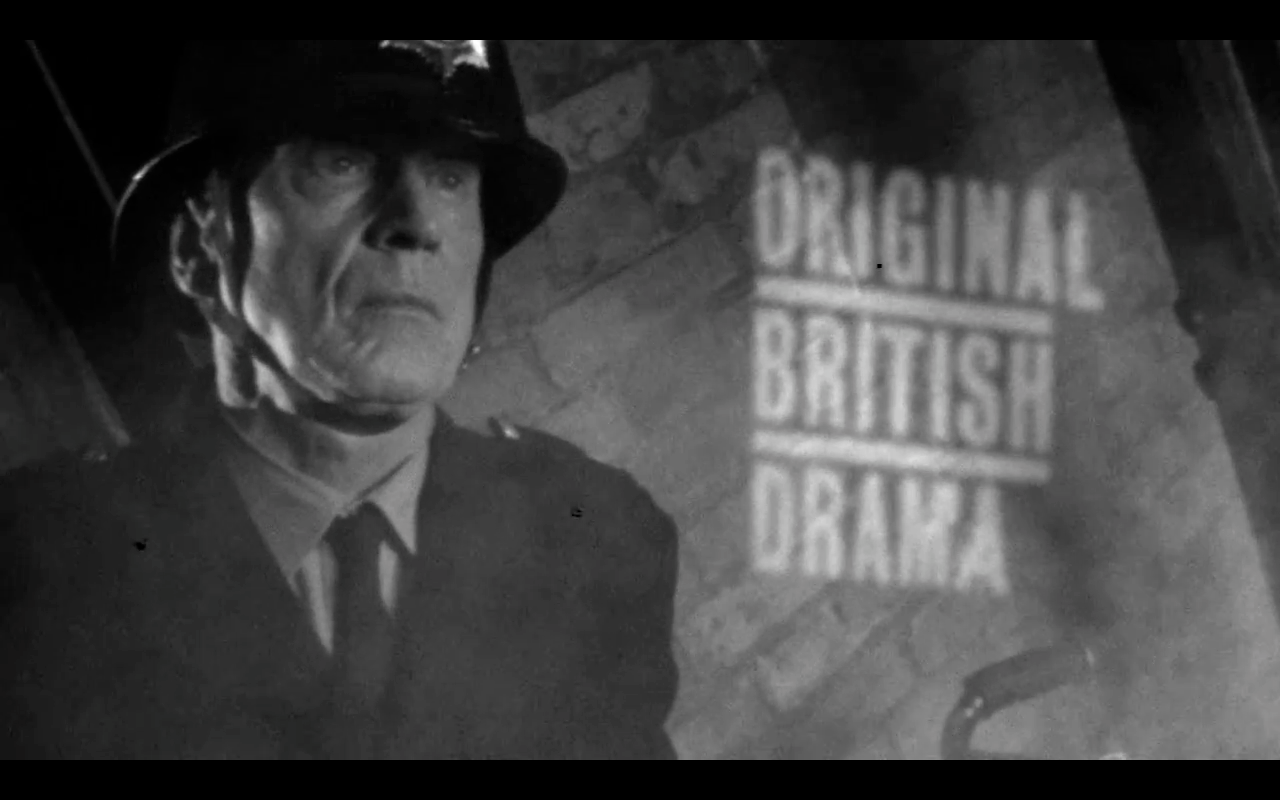 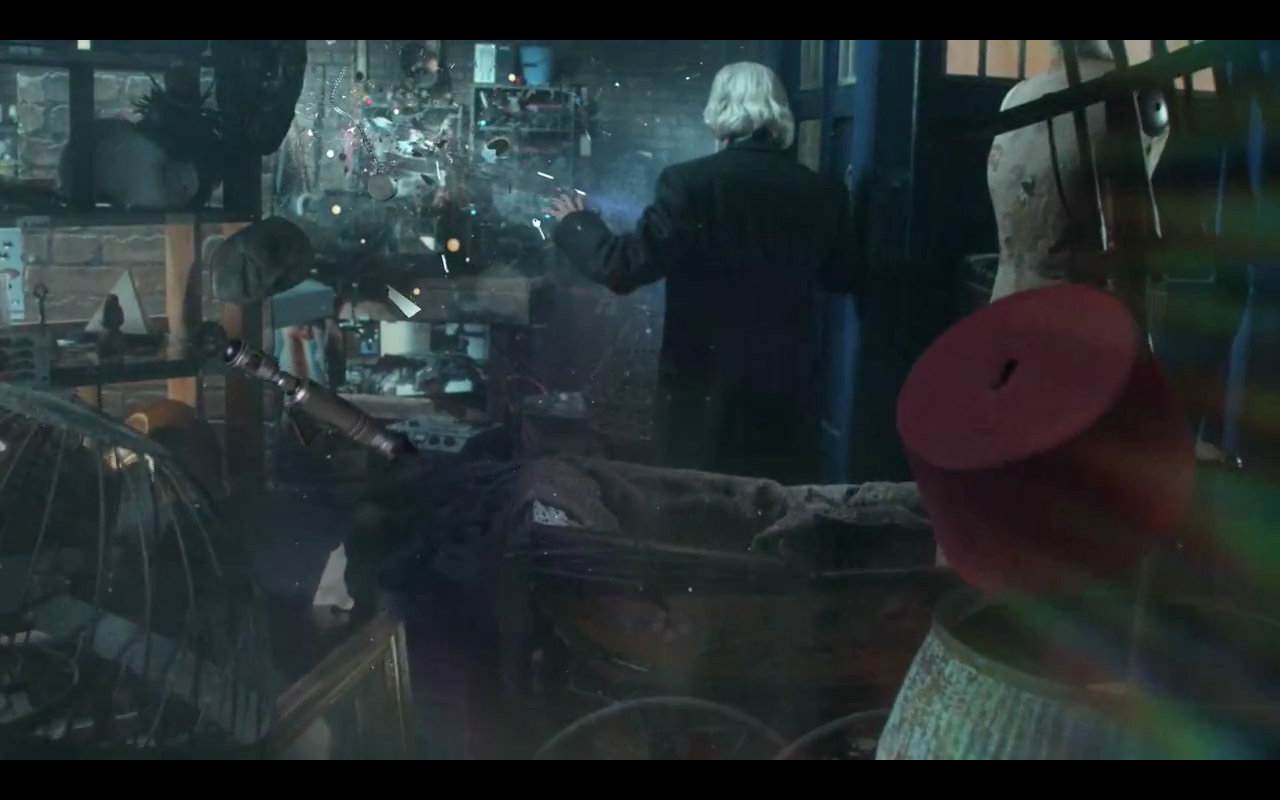 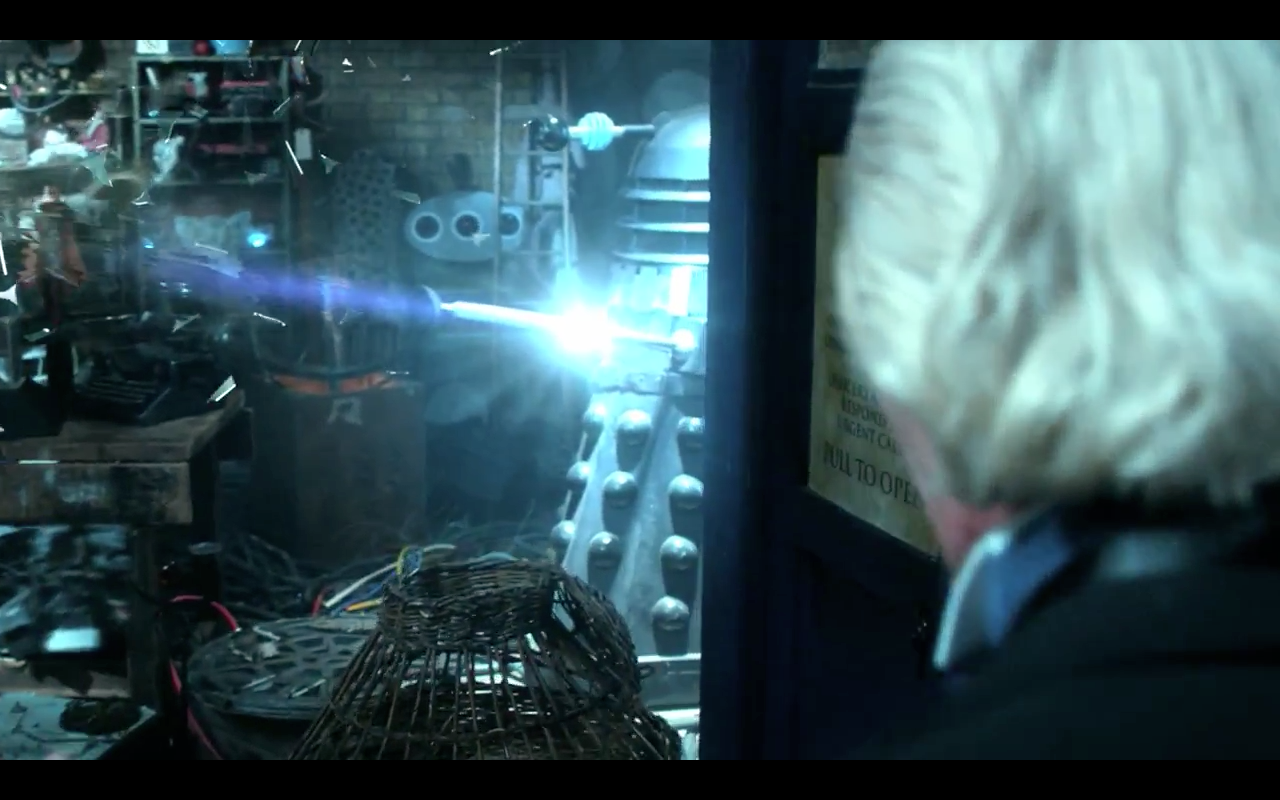 We start with the First Doctor in the junkyard at 76 Totters Lane (with added fez and sonic screwdriver floating in the air), after seeing a policeman outside the gates in monochrome. The Doctor witnesses a soldier being exterminated by a classic series Dalek. 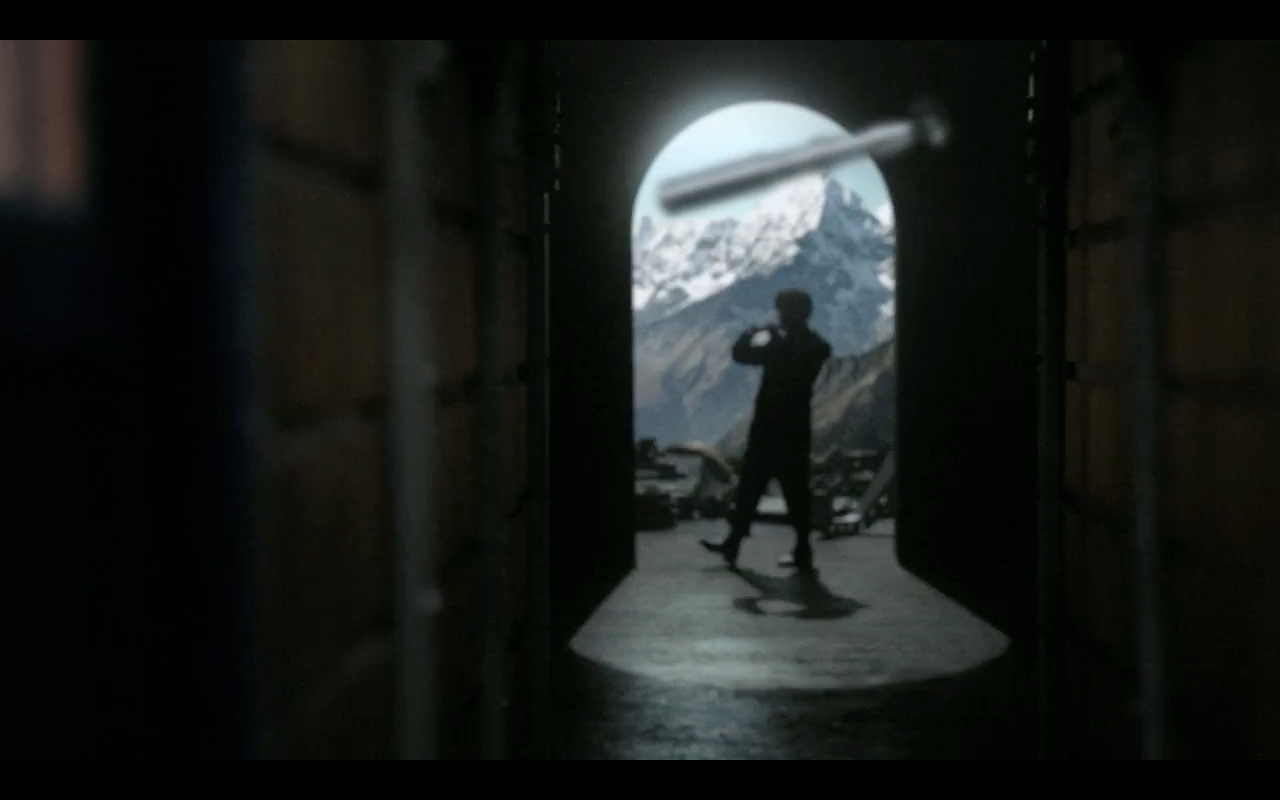 We then see the Second Doctor in Det Sen monastery, playing his recorder in silhouette. Then it's the Fourth Doctor floating amongst some jelly babies. We see K9 next, at the feet of Sarah Jane Smith, with Daleks and Cybermen in the background. Beyond are the Houses of Parliament with a Dalek saucer overhead. 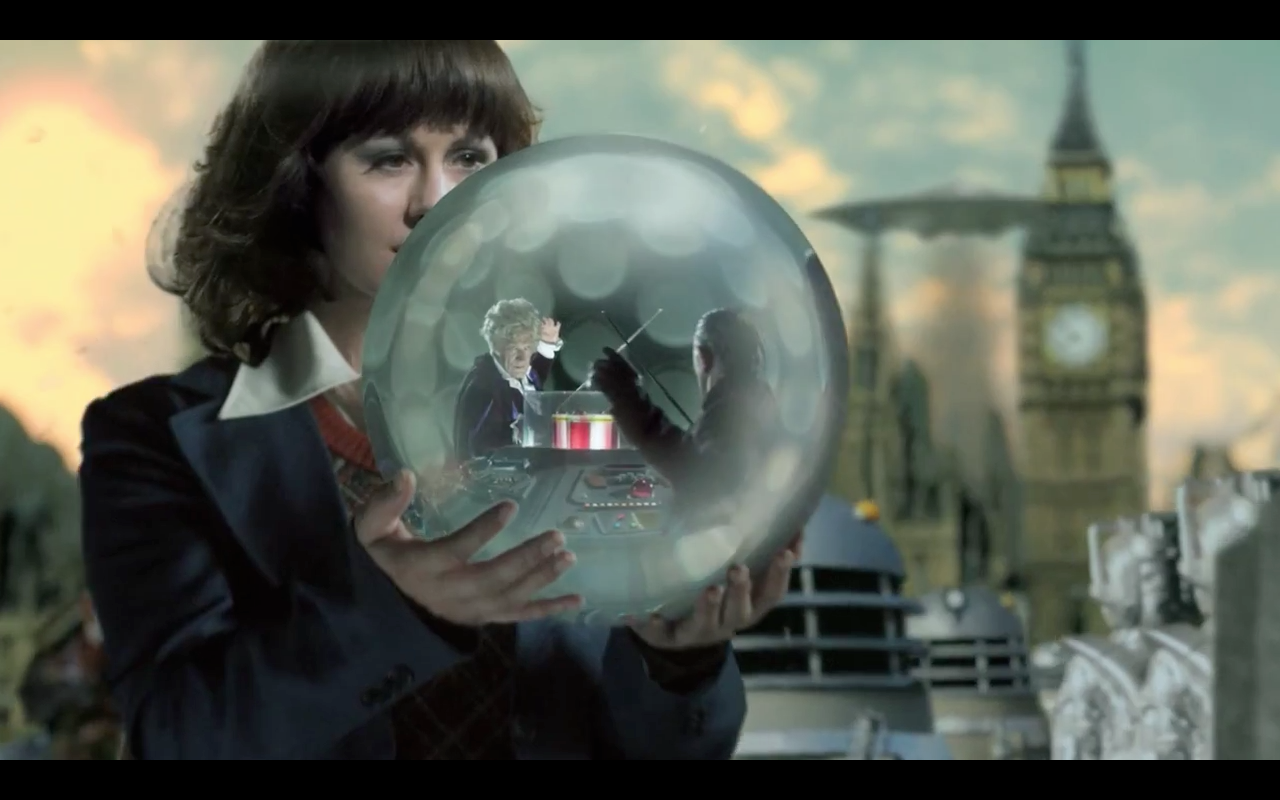 How wonderful is it that Lis Sladen is featured so prominently? In the globe is an image of the Third Doctor fencing with the Master in the TARDIS control room. 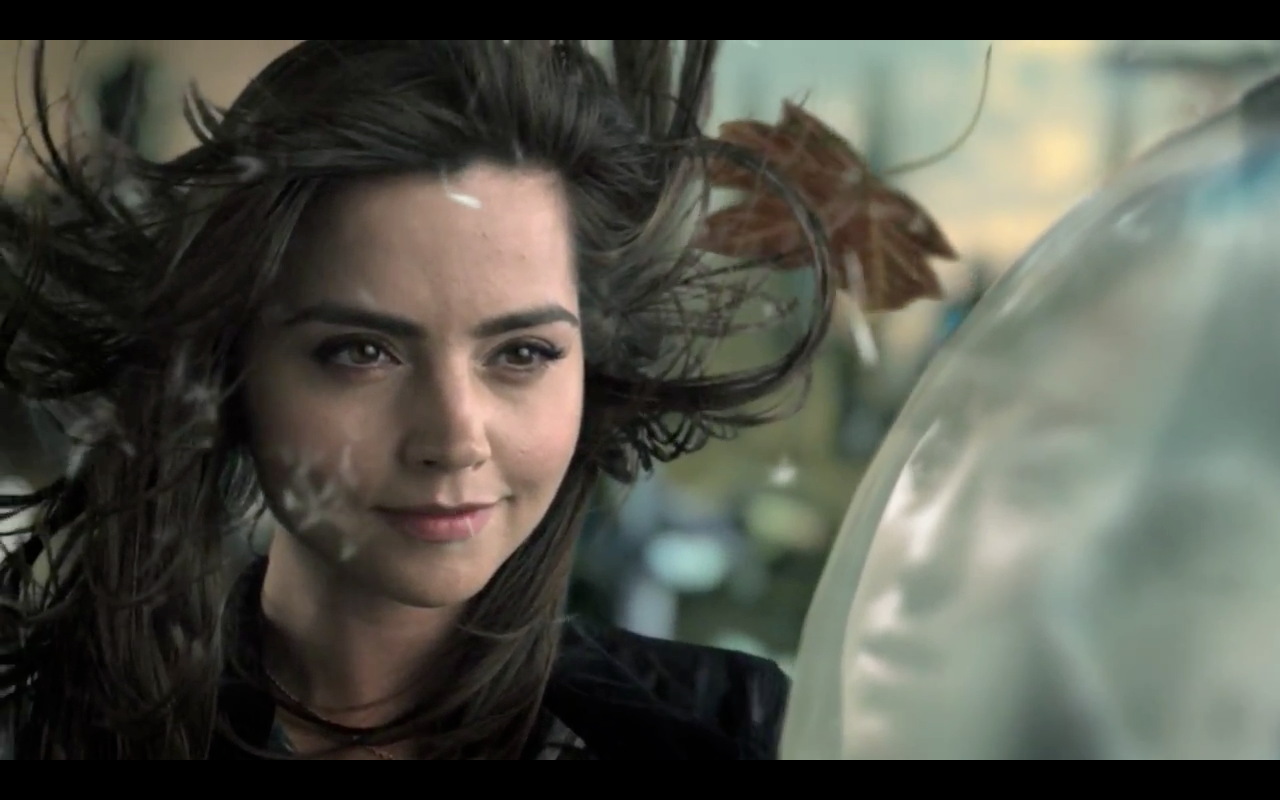 The current companion is also featured significantly (with her emblematic leaf). But whose face is that in her globe? 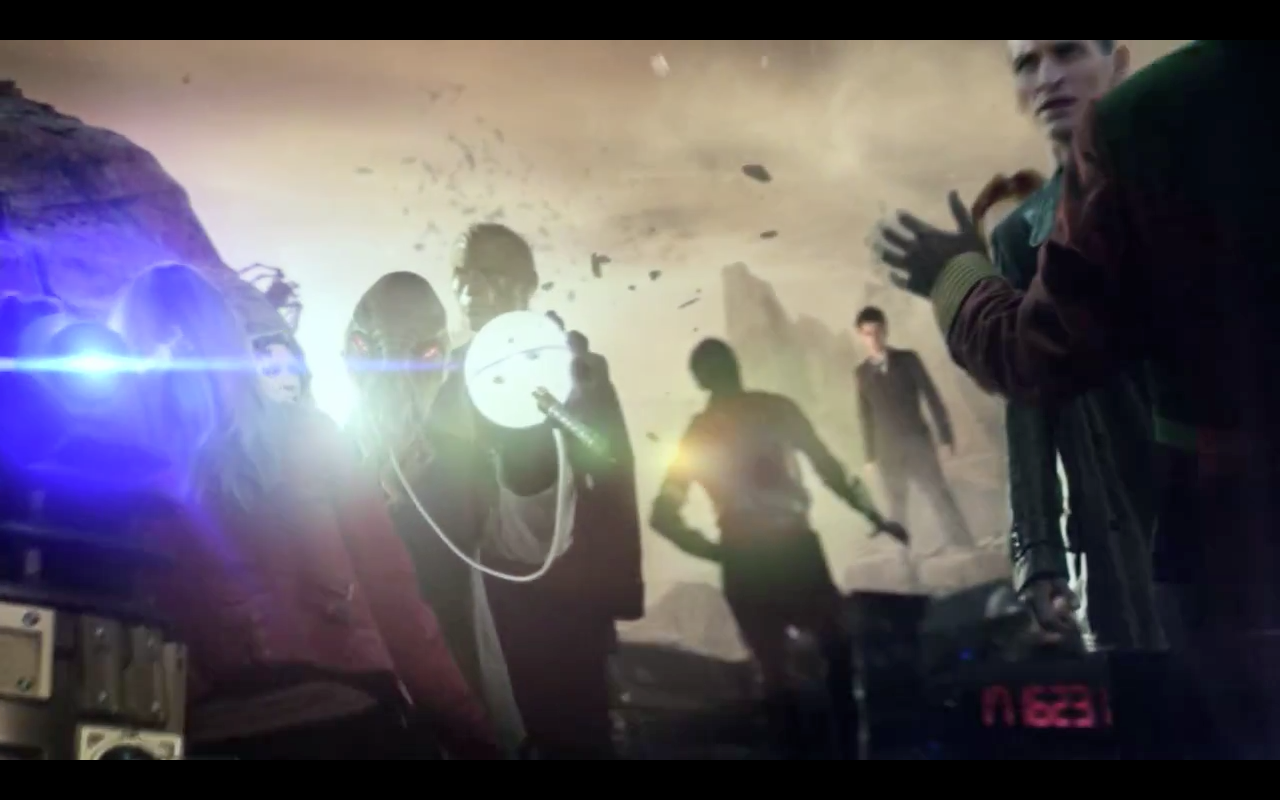 We then move through a group of Doctors Five to Nine, with assorted monsters. Is there any significance to that number display - 17 1623? And who is that standing before the Tenth Doctor? We never see his face. 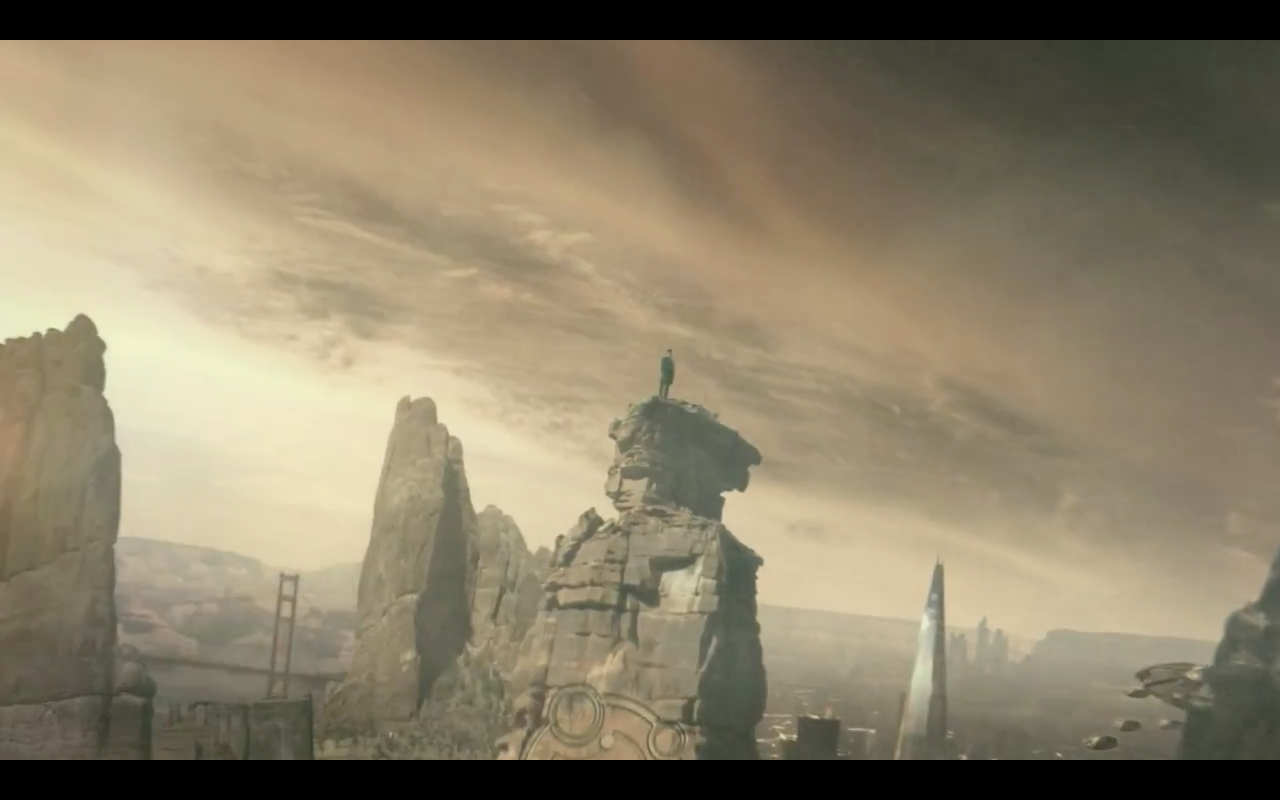 We finally whiz past Ten and move towards Eleven on a mountain pinnacle. Whilst it appears to be an alien landscape, we can clearly see the London Shard and San Francisco's Golden Gate Bridge in the background.
So, a general trailer covering all 50 years of Doctor Who - but are there possibly hidden clues to The Day of the Doctor?
Posted by GerryD at 23:04