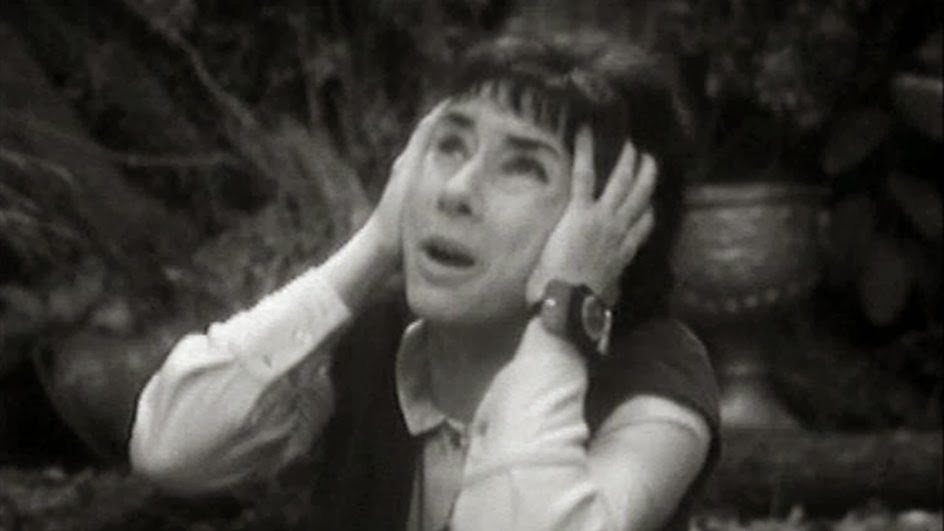 Following on from my recent review of The Seeds of Doom, here's a quick look at some of the other obscene vegetable matter which the Doctor has come across during his travels. Way back, even before we first encountered the Doctor, he and Susan had come upon a species of plant which communicated sonically when people stood between them. This was on the planet Esto. How benign these plants were, we do not know. The primordial planet of Quinis might also have harboured deadly plant life. The first deadly vegetation we see on screen is on the planet Marinus - in the episode The Screaming Jungle. Susan arrives in the jungle ahead of the others, and is overpowered by the screeching of the plant-life. She says that she has heard something similar before - hence Esto or Quinis. These plants have been artificially engineered by a daft old botanist named Darrius - and he falls victim to them as they break into his home.
A short time later, a group of crazed astronauts will use Deadly Nightshade to cause the deaths of many Sensorites. 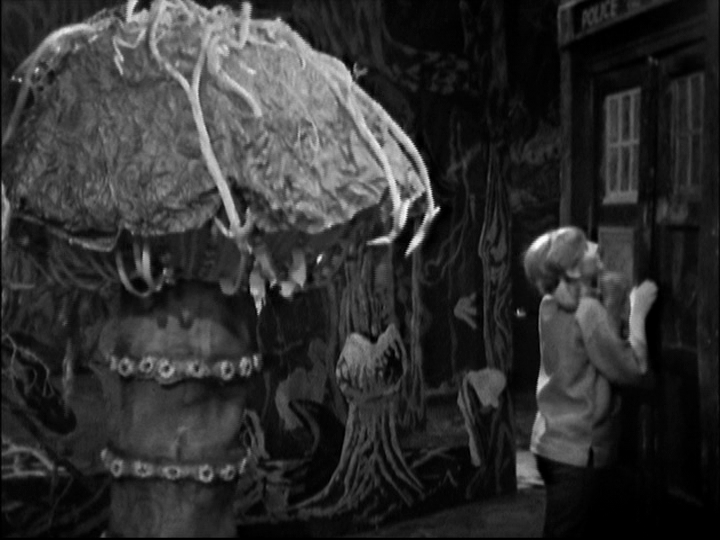 On the planet Mechanus live the huge mushroom-like Fungoids, which attempt to smother Daleks and humans alike - in the penultimate episode of The Chase. They don't like light. Terry Nation likes his deadly flora, as he introduces the Varga Plants in Mission to the Unknown. 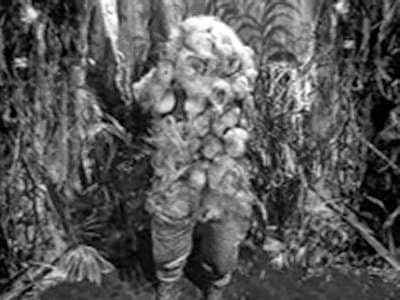 These horrors are native to Skaro, but have been imported to Kembel by the Daleks as a form of natural defence. Their thorns cause people to turn homicidal before mutating them into new Vargas. Even dead people can be transformed. They are mentioned at the beginning of The Daleks' Master Plan, but not seen.
Onto the Troughton era, and the first hostile plant life he encounters is of the aquatic variety - sentient seaweed, susceptible to screams. 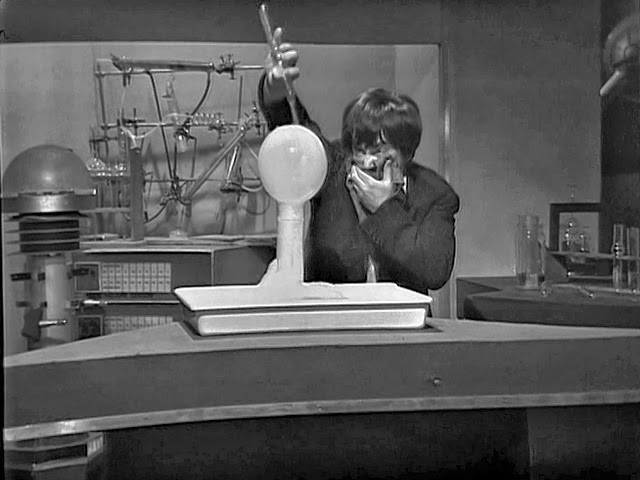 The following season, the Ice Warriors attempted to transform the Earth's atmosphere into something more bearable to them - using Martian seed pods. These produced a foaming fungus which absorbed oxygen. Ordinary H2O destroyed it, fortunately. 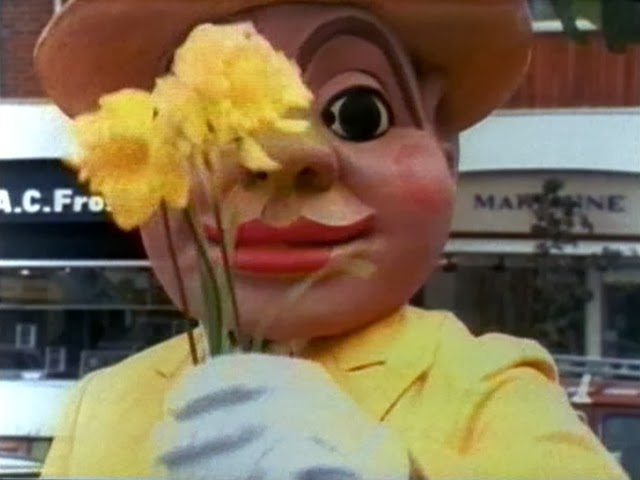 The deadly daffodils which the Master developed for the Autons were only plastic - albeit suffocating Nestene Autojets - but let's give them a mention anyway. 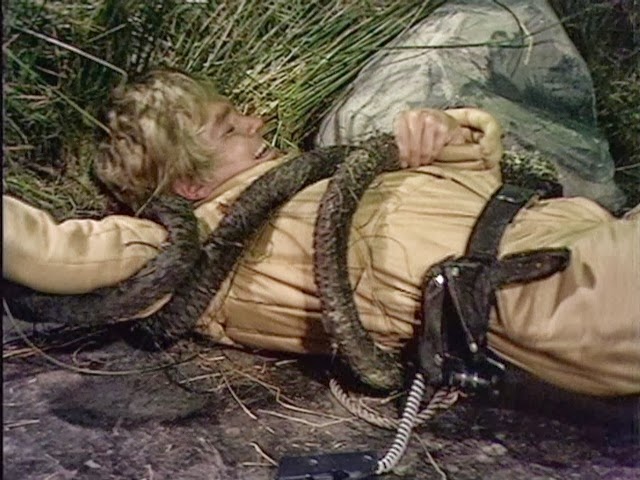 Once again, Terry Nation gives us some real nasty plants - offering a variety of species on the planet Spiridon. Most benign are the Eye-Plants, which alert you to the presence of the invisible natives. Nastiest is the spitting plant which infects you with a fungal infection that, if left untreated, consumes you. Thal Vaber is almost eaten by another plant creature. 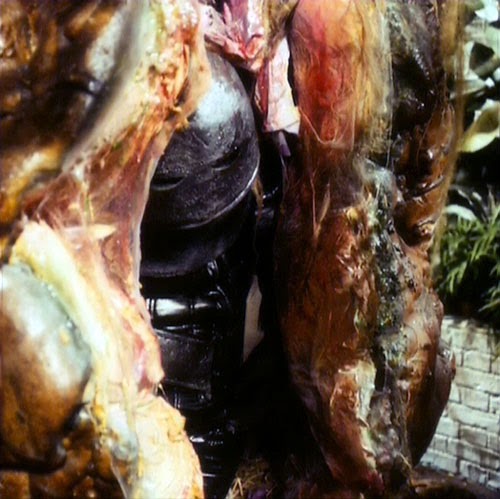 After the Krynoids and the plant-obsessed, crazed millionaire Harrison Chase, the Fourth Doctor was seen to possess some carnivorous plant life of his own - in the TARDIS greenhouse. This huge plant attempted to devour a Sontaran. 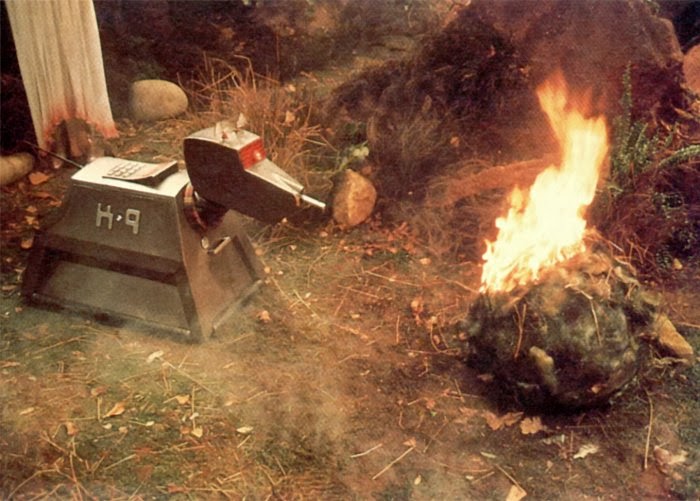 Lots of interesting flora on the planet Chloris, but the deadliest were the tumbleweed Wolfweeds, which smothered K9 on a couple of occasions. They helped destroy Lady Adastra, and their herdsman appeared to take her place. In the very next adventure, the Doctor nearly fell victim to a carnivorous plant. 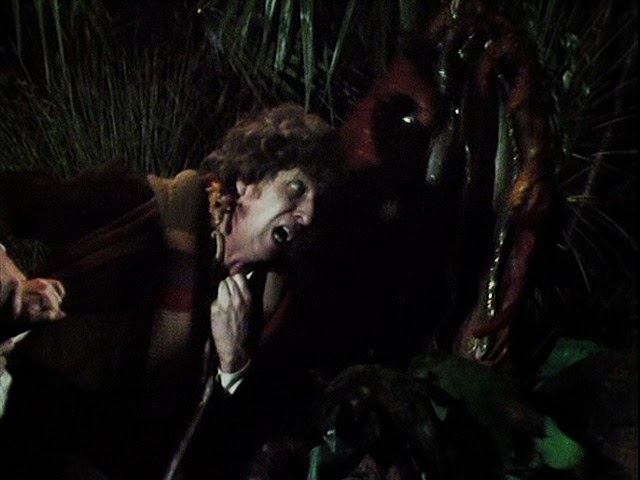 This was amongst the section of jungle taken from the planet Eden, and held on a crystal in the CET machine.

The last of the Zulfa-Thurans, Meglos, initially appears to be a xerophyte - a cactus - but can transform into other shapes. Posing as the Doctor, certain cactus-like attributes broke through when his concentration faltered. 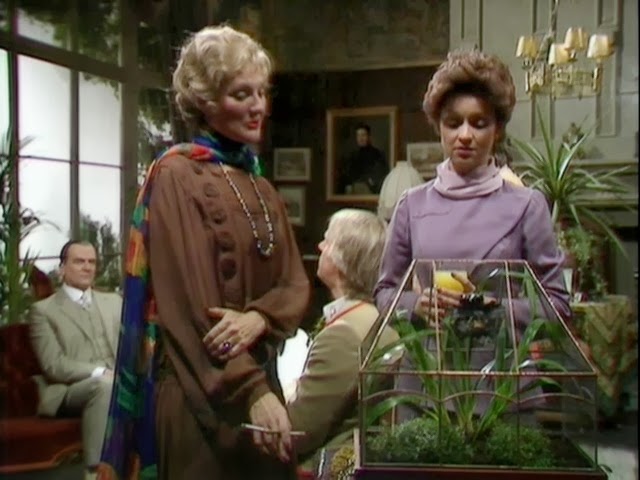 As we move into the 1980's, the golden age of hostile plant life appears to be over. A plant - the Black Orchid - is deadly only in its legacy. Hindle believes the plant life of Deva Loka to be hostile - but that's just his madness.
The villains on the planet of Varos are despatched with toxic vines - one of the many traps in the Punishment Dome. 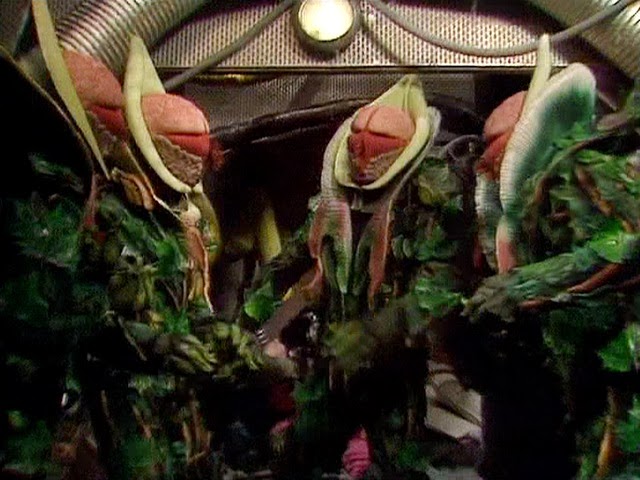 The last great villainous plant creatures are the Vervoids. They have been genetically engineered to become a slave race, and hate all animal life - especially the human animal.
With the new series, plant forms have tended to be benign. Take Jabe and her fellow Trees from the Forest of Cheem, encountered by the Doctor and Rose on Platform One. The Doctor may still have that cutting from Jabe's grandfather growing away in the TARDIS greenhouse. 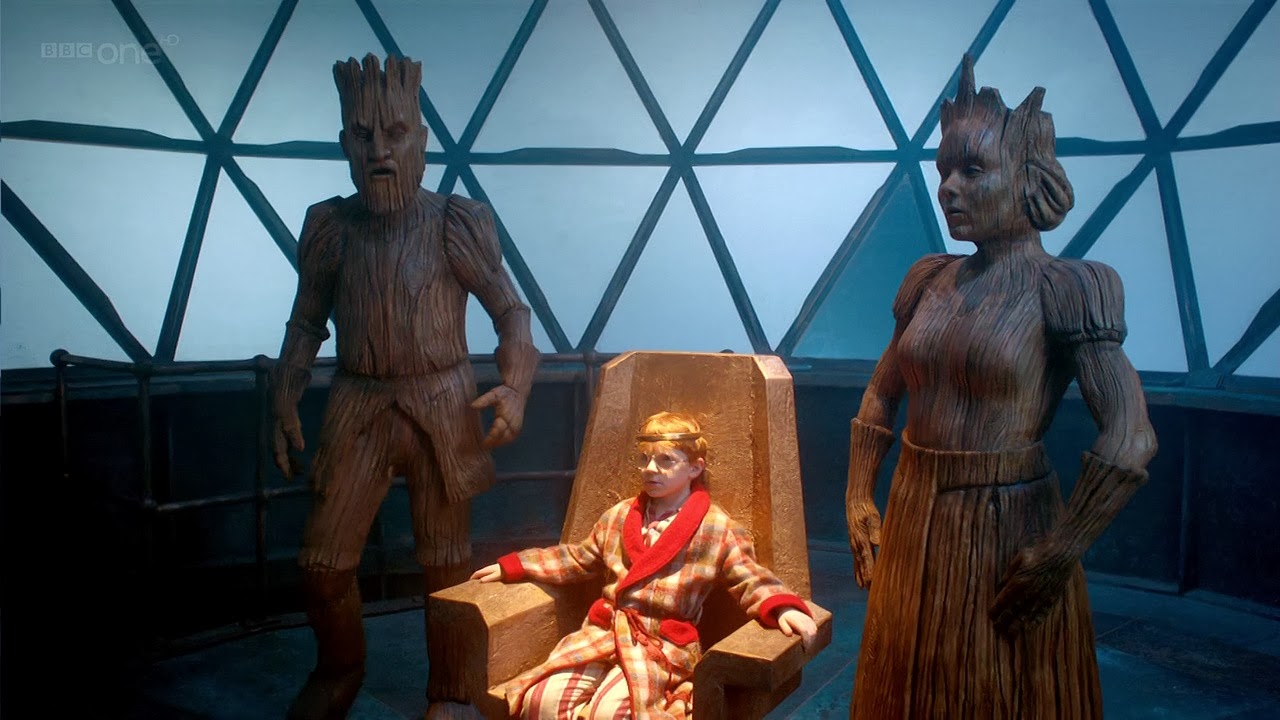 Then there were the Androzani tree spirits, with their wooden King and Queen, in The Doctor, the Widow and the Wardrobe.
Finally, the only really troublesome vegetable matter encountered by the Doctor since 2005 is that damned carrot from Bowie Base One - which triggers the whole terrible chain of events in The Waters of Mars...
Carrots can be nasty things. They might have done for the Sixth Doctor as well. Maybe it wasn't the Rani's ray gun, but an overdose of carrot juice that triggered the regeneration... 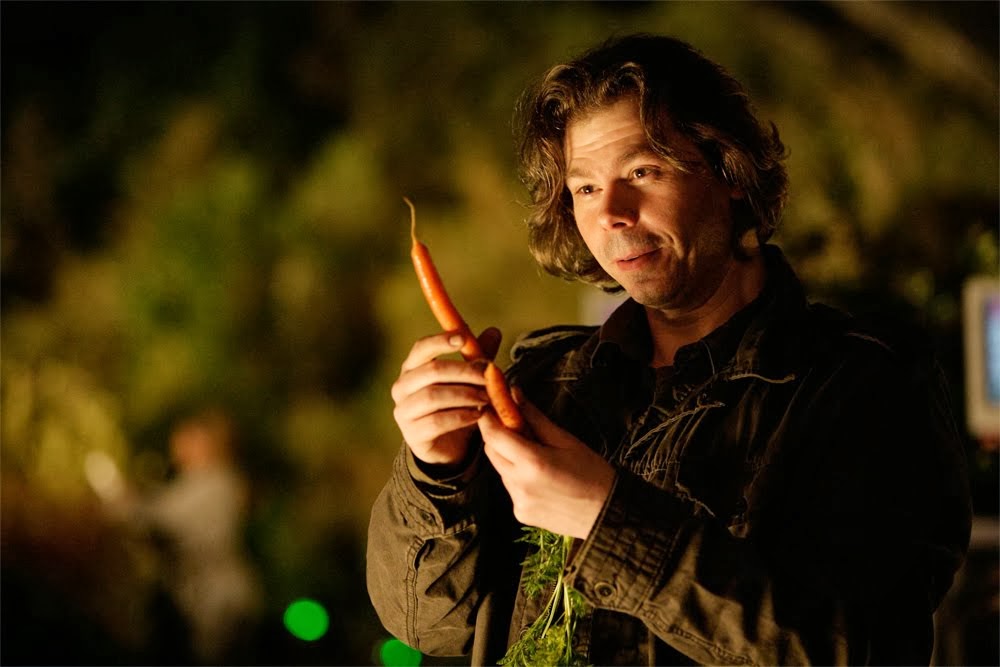