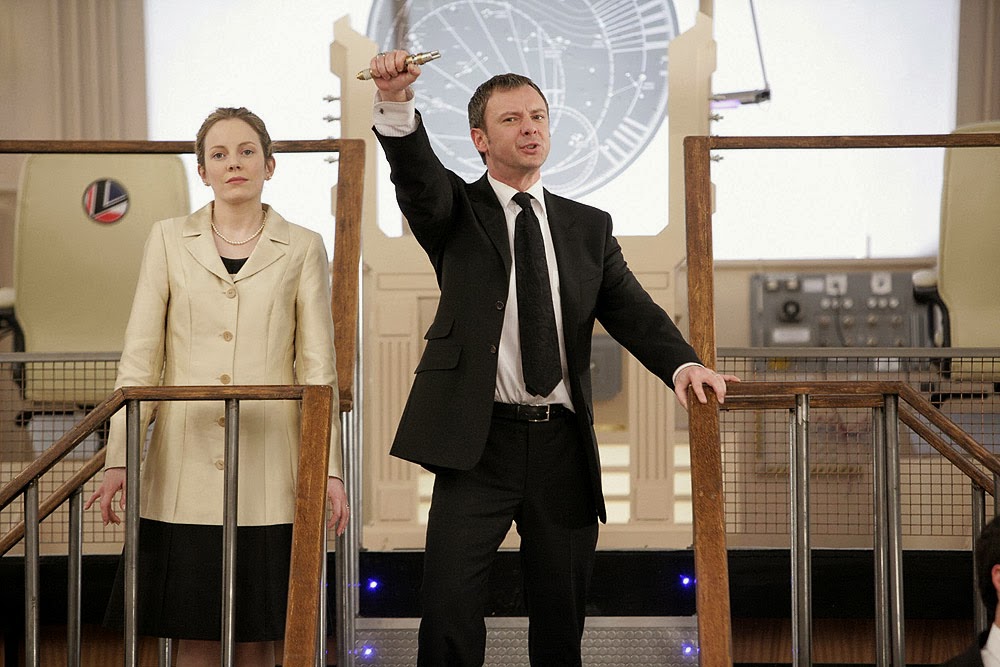 Utopia / The Sound of Drums / The Last of the Time Lords.
Counted by the production team as a three part story, though I personally would prefer to see Utopia as a stand-alone story which feeds into the subsequent two part series finale.
The return of the Master - and Captain Jack - and the apparent departure of Martha as a companion.
A glimpse of Gallifrey and the Time Lords.
The Torchwood Series 1 finale - End of Days - saw Jack hear the TARDIS materialisation sound and rush off. We had to wait a few months to see where he was rushing off to. It's nice to see the more light-hearted version of Jack.
Derek Jacobi is superb as Prof. Yana. The episode builds towards the reveal that he is a humanised Master, his true personality locked away in his fob watch. Elements from Gridlock and Human Nature pave the way for the big reveal - presaged by audio clips of Delgado and Ainley.
I am not a huge fan of the John Simm Master. The humour is too broad, and he's a bit too mad.
We learn the reason for the Master's madness (but not the whole story). It's a nice touch having the young Master wear a War Games era tunic.
The Master gets a companion. Whilst the Doctor's are enriched by the experience (mostly), Lucy Saxon is brutalised and broken - resulting in her shooting her husband. It appears that Time Lords can prevent themselves from regenerating.
The Toclafane make for an interesting monster - our own homicidally insane descendants.
As with all RTD finales, the plot paints itself into a corner and only a big reset button can save the day. Having the Doctor become some kind of god-like being doesn't go down well with me.
Posted by GerryD at 19:52