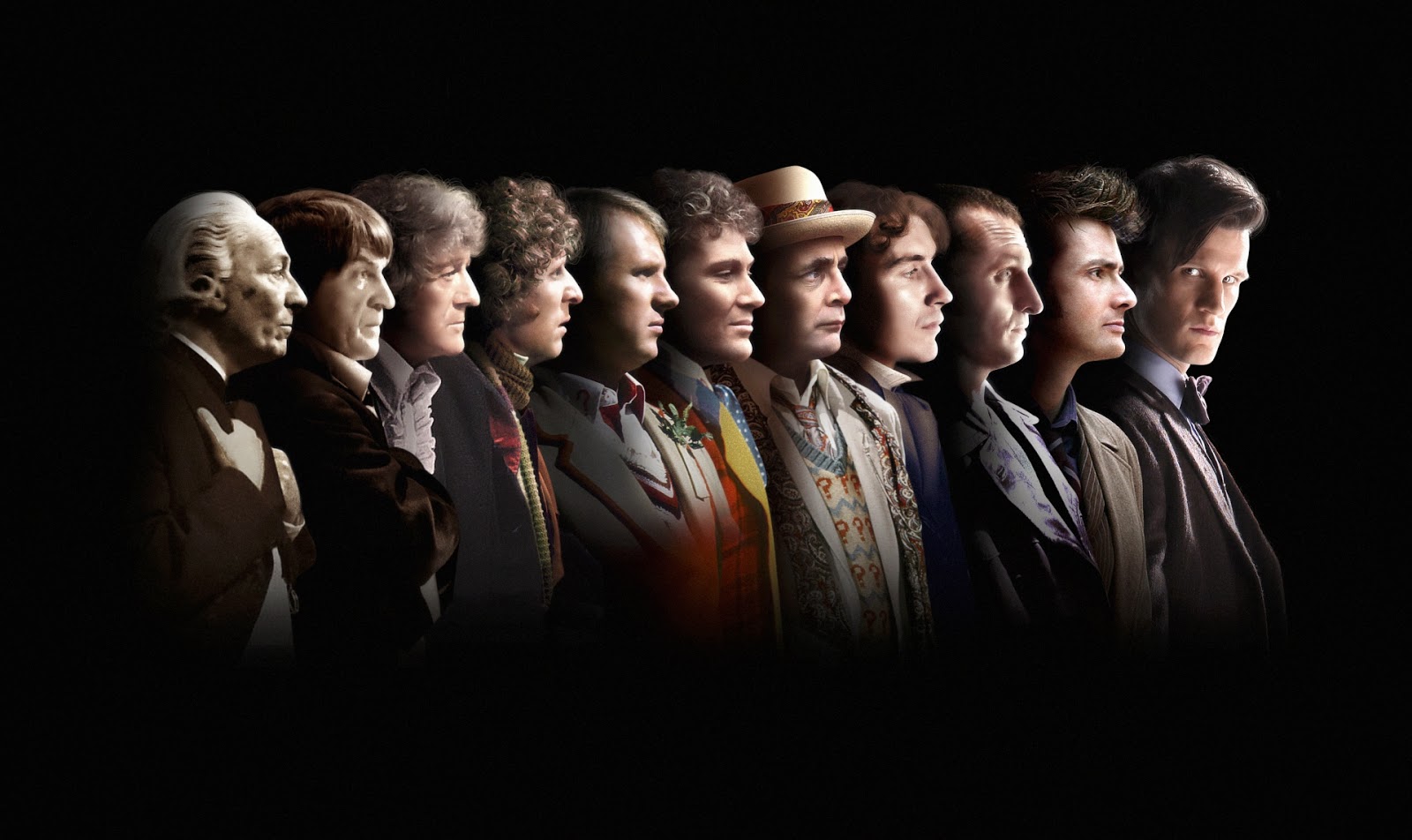 Last night saw the release of that wonderful trailer marking the 50th Anniversary. Fans are pouring over it image by image in search of clues and hidden meanings. There are some oddities that might point towards something more than a simple retrospective. Next Saturday (26th) marks "one month to go" for the anniversary special - so a strong possibility there may finally be a DOTD-specific trailer then. 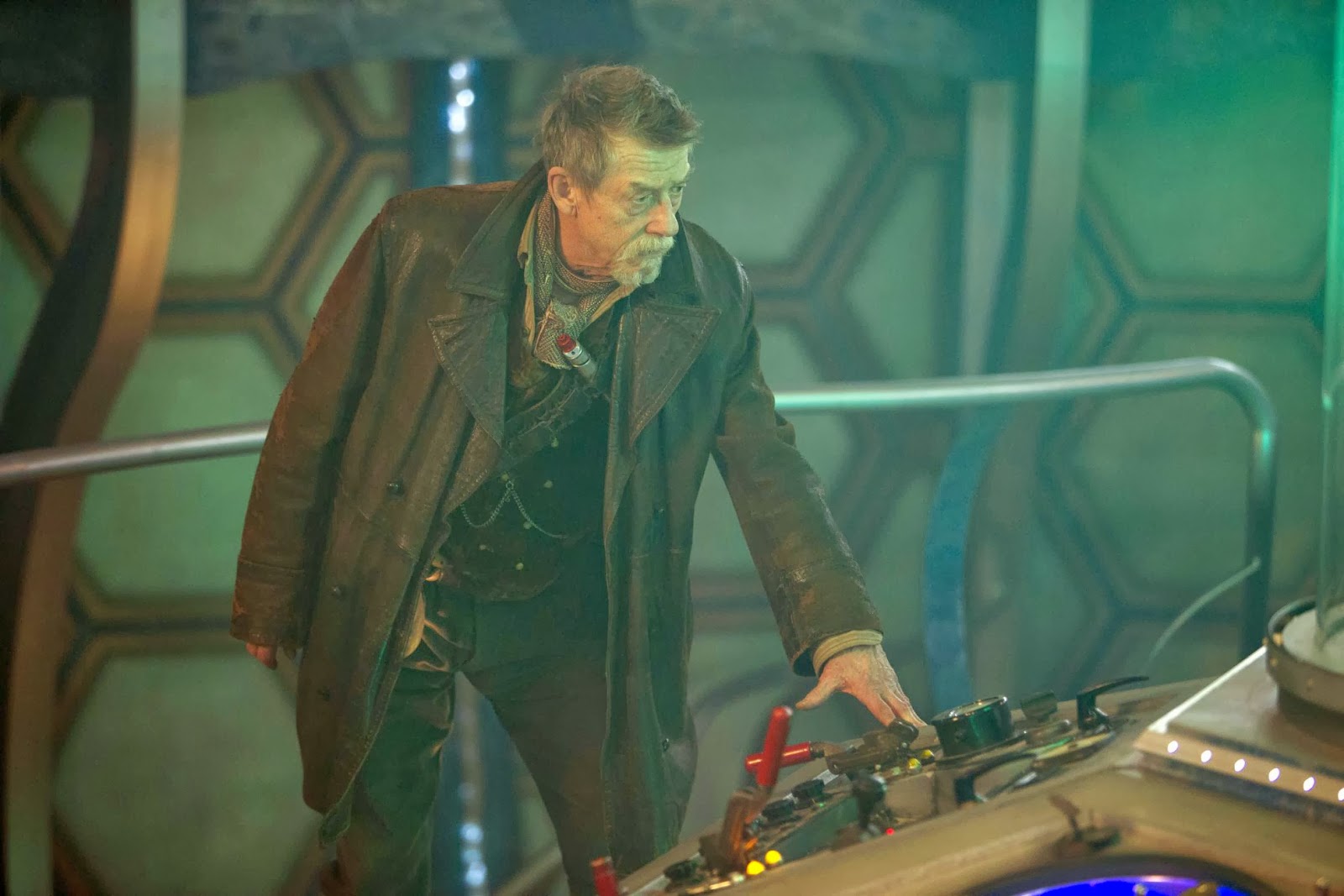 Earlier in the week, we saw a number of new images released for both The Day of the Doctor and An Adventure In Space And Time. It is the latter which impress the most. The Ian / Barbara image (both in their "battle dress") is quite amazing. They have really captured the likenesses. Jamie Glover says he tends to play "Ian" more in the drama - rather than William Russell (so most of his scenes are the reconstructions of those classic episodes). Much of the focus of the 90 minute play is on An Unearthly Child - the pilot and its remount - but Marco Polo, The Dalek Invasion of Earth, The Web Planet and The Tenth Planet are all known to be featured as well. 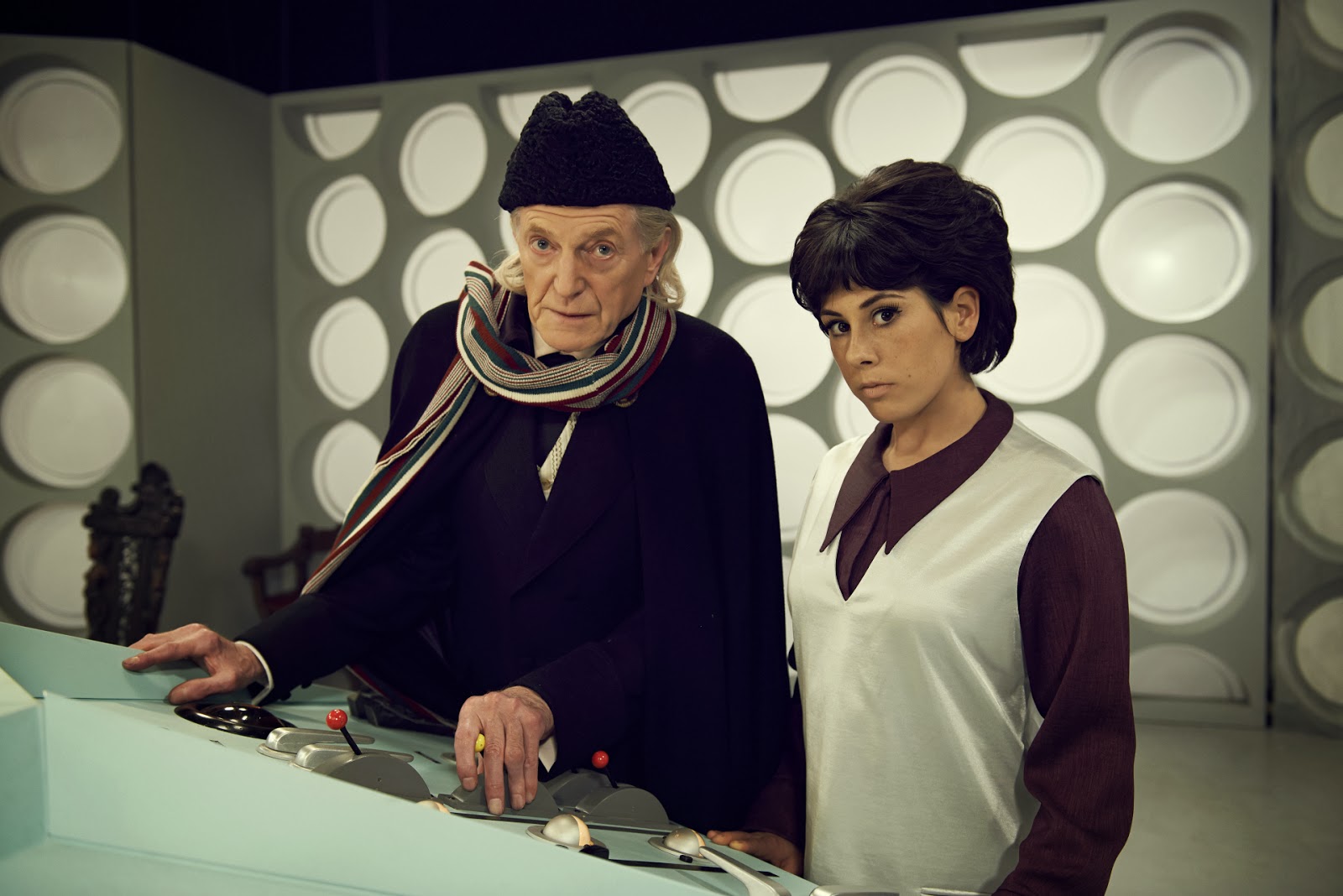 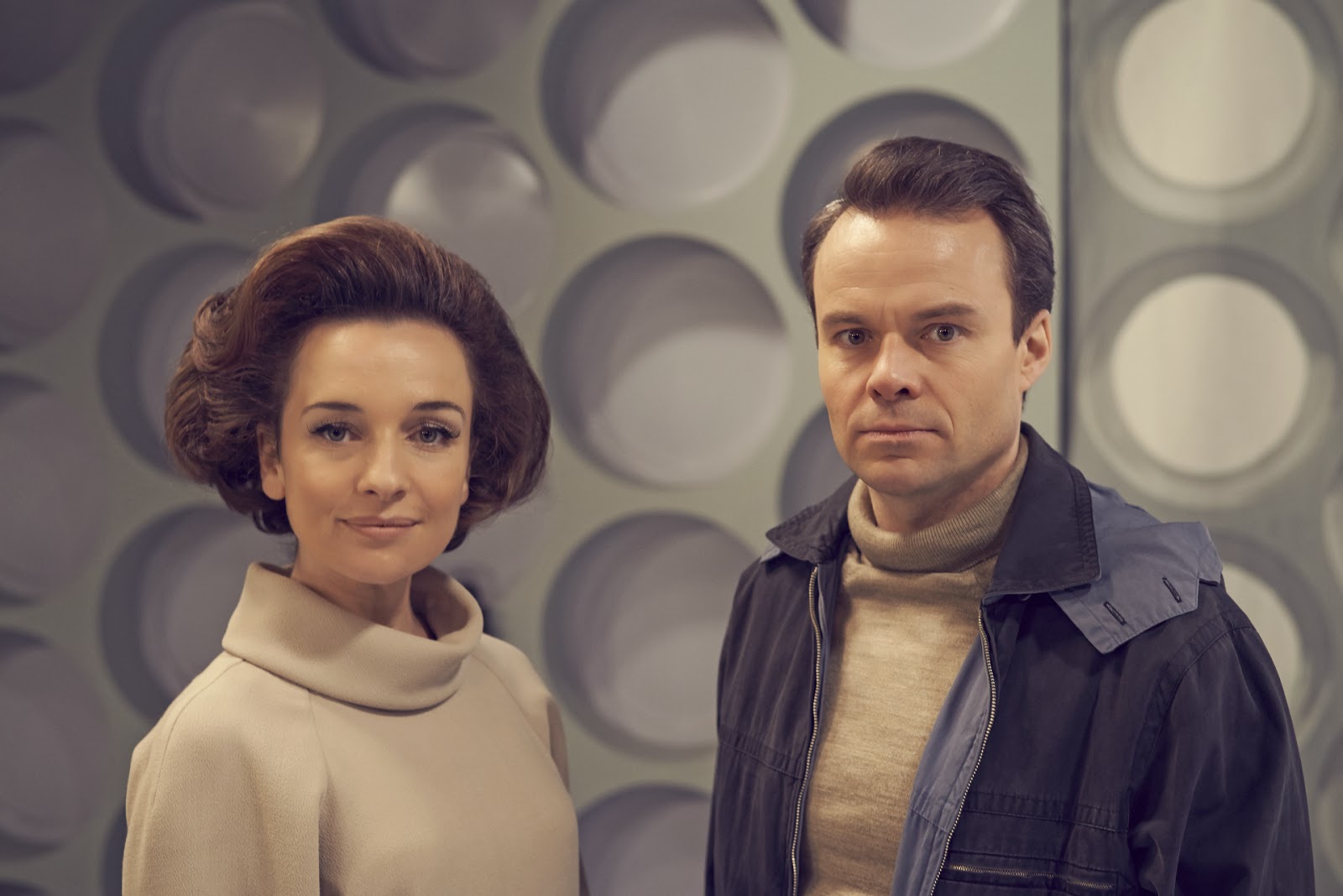 In the shops on Wednesday was the latest issue of SFX. As well as featuring the new DOTD images - and the AAISAT ones - there is an article on the very first story, a wish-list for Series 8 (including the Kandyman and Drashigs, bizarrely), and Toby Hadoke's 50 Heroes of Doctor Who (some I agree with, others I don't). Next month promises a joint Tennant / Smith interview. 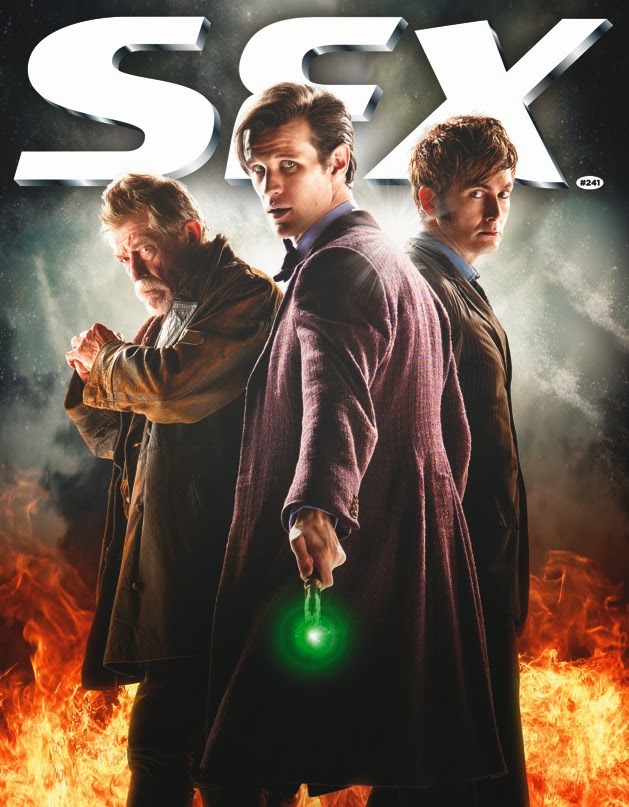 Out the following day came the latest issue of DWM. A number of interviews pertaining to the newly rediscovered Troughton episodes and their restoration. No hints of anything else having been found, though it is funny how that Marco Polo rumour just won't go away. One interesting snippet was the timescale for the finding of these episodes. They's been back in the UK since the Spring.
Genesis of the Daleks got the Fact of Fiction treatment - definitely my favourite feature. There's a very good interview with Waris Hussein and an archive one with Sydney Newman. Next month's issue (14th November) is a bumper one - with an extra 32 pages.
The next Magazook is also advertised - un-remarkably featuring the Doctors. It doesn't state the actual release date - so pop into WH Smiths every Thursday until you find it. The next Missing Episodes / Telesnap Special Edition (Troughton Volume 2) is also mentioned. It takes into account the recent findings and so will include part three of The Web of Fear. 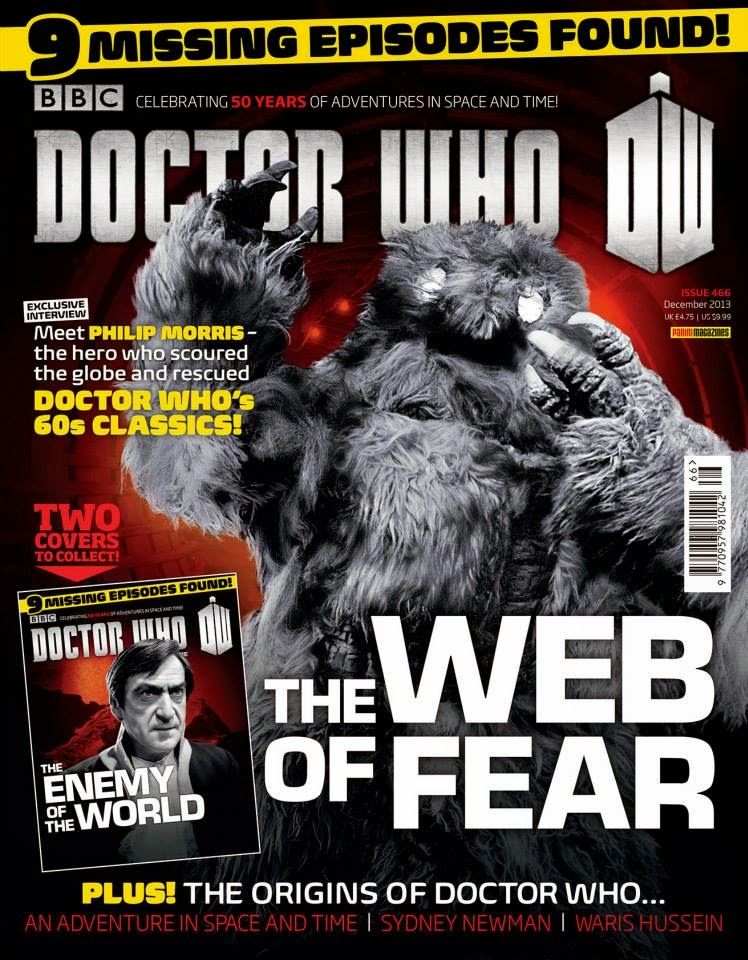 On Monday I got my copy of The Tenth Planet DVD. I must say that the animation is far superior to that for The Reign of Terror - despite coming from the same producers. The mad inter-cutting and close-ups have been mercifully toned down, and it feels a lot closer to what the lost episode might actually have looked like. That small interview with Hartnell speaks volumes about the man - especially when set beside some of the comments about him in the interview and on the commentary track. Whilst we applaud his performance, as a man he was certainly difficult to like.

Looking forward to the coming week, hopefully that trailer, and non-subscribers of the figurine collection will be able to buy Issue 5 - the Silurian soldier - on Thursday.