C is for... Crossland, Inspector 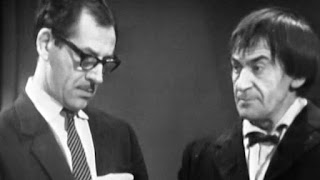 A police officer who was investigating reports of missing people at Gatwick Airport. All of those reported missing had been young people who had gone abroad using Chameleon Tours. Crossland was already looking into the matter with his colleague Gascoigne when the Doctor and his companions arrived at the airport. Polly witnessed Gascoigne's murder at the hands of Meadows, who worked for the tour company. The Inspector was fairly open-minded and agreed to listen to the Doctor's theories about what was going on here, even when they involved ray guns and aliens. He decided to investigate one of the flights for himself, and was captured by Captain Blade, head of the Chameleons' operations at the airport. He witnessed the miniaturisation of the aircraft's passengers as it ascended into space. On the space station of the Chameleons, their leader - the Director - chose to take on Crossland's appearance for himself. He was returned to Earth once the Doctor had put a stop to the Chameleons' plans.

Played by: Bernard Kay. Appearances: The Faceless Ones (1967).