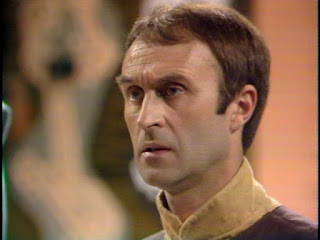 Citizen of Megropolis One, on the planet Pluto. He was a lowly D-Grade worker, whose job was to help maintain one of the artificial suns. When his father died, he had to pay a Death Tax. The plan he had invested in had increased in price, and he suddenly found that he could not afford the additional taxes imposed by the Company. He was already working double shifts, and had no way of making up the deficit. In despair, he went to the roof of the Megropolis in order to throw himself off. He was stopped by the Doctor and Leela. Cordo took them down into the undercity where a rebel group was known to operate. His natural timidity was enhanced by the anxiety-inducing drug which the Company injected into the air supply. However, he decided to join the rebels, and when the Doctor was captured he alone agreed to go with Leela and K9 to assist them in rescuing him from the detention centre. He later helped the Doctor save Leela from public execution, and took part in the revolution which overthrew the Collector and Gatherer Hade.