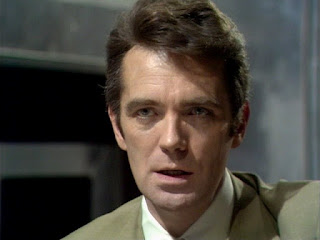 Head of Mission Control at the UK's Space Centre, responsible for its latest Mars mission. This flight - Mars Probe 7 - had run into problems. Communications had failed, but the craft had lifted off as scheduled on its return voyage. Cornish had sent up Recovery 7 to intercept it, only to lose contact with that ship as well. As the Brigadier was monitoring events at the Space Centre, the Doctor became involved. He identified a strange noise received at Mission Control as an alien message, and correctly predicted the expected response. The Doctor offered Cornish his help in solving the mystery. He convinced him that his three astronauts - two from the Probe ship and one from the Recovery vessel - were being held elsewhere, and the astronauts who had returned from Mars were not what they seemed. Cornish fought against the obstructions of his superior, Sir James Quinlan, and the head of space security, General Carrington, to allow the Doctor to make a solo space flight to search for the missing men. Carrington had engineered the abduction of the astronauts - really alien ambassadors - in order to turn world opinion against them as he was obsessively convinced they posed a threat to the Earth. He took over Cornish's control room in order to stage a public unmasking of the aliens to provoke a conflict with them. UNIT was able to prevent Carrington's planned TV broadcast, and the Doctor left his assistant Liz Shaw with Cornish to help arrange the peaceful swap of his astronauts for the ambassadors.

Played by: Ronald Allen. Appearances: The Ambassadors of Death (1970).