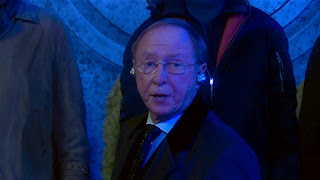 Crane worked for industrialist John Lumic on the parallel world where a new race of Cybermen were created. Crane had the job of procuring homeless people around London who could be converted into Cybermen, so that Lumic would have a force that would enable him to launch his full-scale conversion plans. Victims would be lured into the back of an International Electromatics truck with the promise of free food. Crane would then supervise the conversions at the Battersea Power Plant complex, where he would listen to 1980's pop songs to drown out the screams. When Lumic triggered the signal that would bring everyone wearing his ear-pods under his control, Crane rebelled - pretending that his pods had failed. Rather than be converted, he attacked Lumic, wrecking his life support unit. Crane was killed with an electrical charge from a Cyberman.

Played by: Colin Spaull. Appearances: Rise of the Cybermen / The Age of Steel (2006).