The Snowmen - the spoiler free round-up 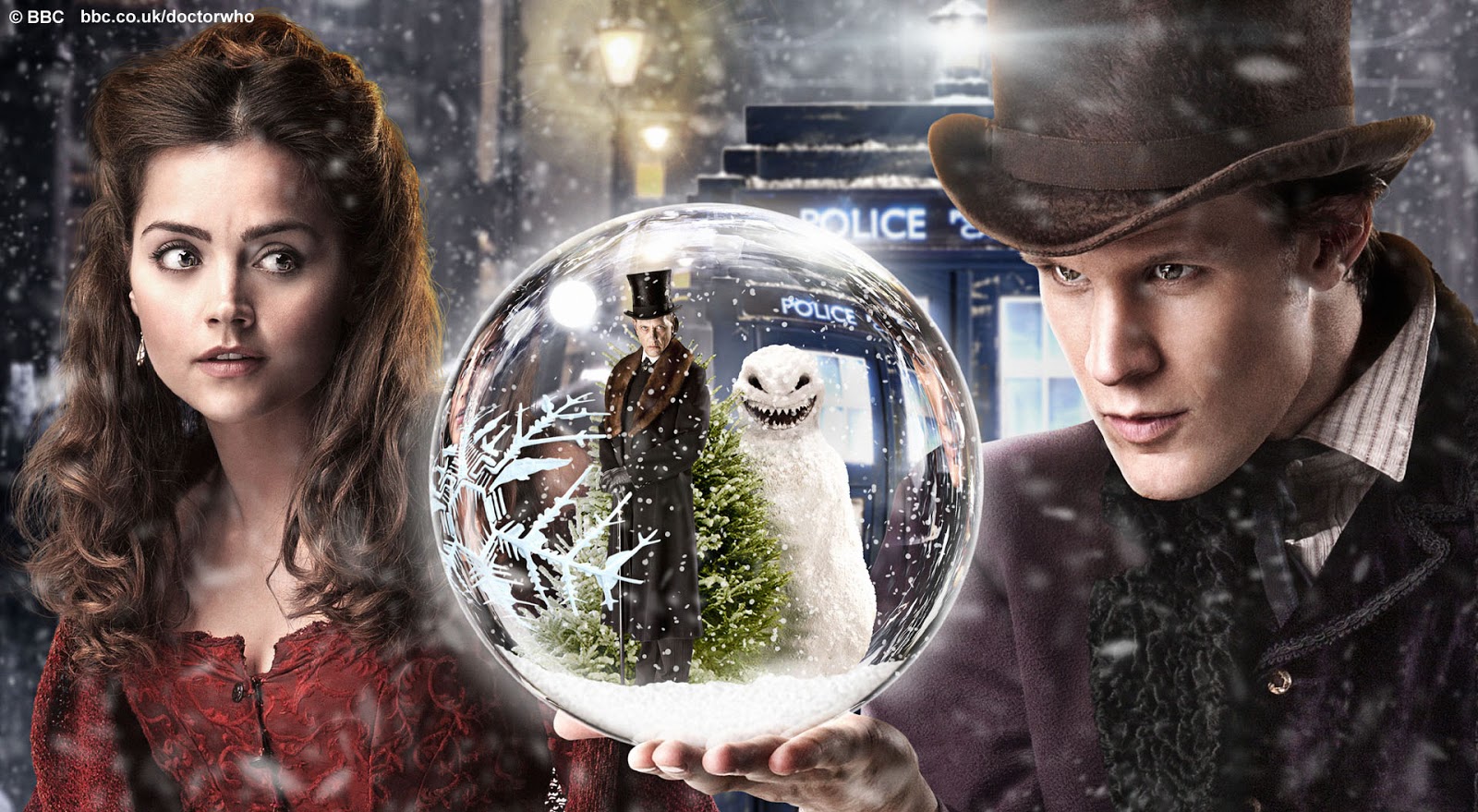 With just under 4 days to go, here is a bit of a round-up of items known about the Christmas Special - and a few unanswered questions - taken from a variety of sources.
The trailer and prequels have already helped set up the premise of the Paternoster Gang, the snow that shouldn't be, and the Doctor having turned his back on the Universe, in mourning for the loss of Amy & Rory.
We also know that Clara isn't Oswin - and won't learn of the connection (if there actually is one) in this story.
Clara is the governess to the Latimer children - but is it as straightforward as that?
The closing part of this story will help set things up for next year's episodes.
We've seen the new TARDIS interior already, and have heard that there will be a new title sequence and arrangement of the theme music (which older fans will certainly approve of).
If you're one of those people who find timey-wimey over-used and annoying, don't worry.
It's 1892, in the run up to Christmas.
Despite the Victorian wintry setting, this is the least Christmas-y special yet (it's hardly mentioned).
It's quite a dark and sombre story, despite having the earliest broadcast time since 2005 (but it is not totally devoid of humour, as we've seen with Strax. Look out also for a very funny Doctor scene).
If previous Specials have divided fans due to having to cater to a different audience, don't worry - this should keep everyone happy.
Vastra and Jenny are continuing to fight crime (and are now married?).
We hear about who brought Strax back to life after Demon's Run (though a longer filmed scene about this won't be included - expect it as a DVD extra).
The Doctor is quite literally living on a cloud.
We know about the titular Snowmen, the Ice Governess, and Dr. Simeon, but is there another villain still to be revealed?
What is the Great Swarm?
Just what is the relevance of that tin and those initials?
Steven Moffat references another drama he is known for.
What are the four things he asked preview audiences not to write about? One of them contains the same number of letters as...