Christmas Countdown 18 - It's all a bit commercial these days... 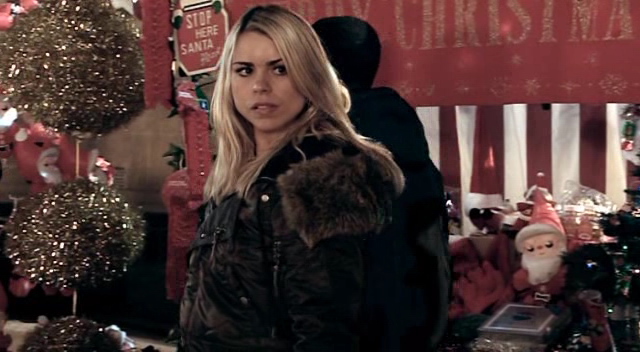 In an increasingly secular world, Christmas is all about money these days - buying presents and food, overspending and getting into debt. You have to save all year long to afford it - especially if you've got kids. Come Christmas, we all go shopping.
When Rose Tyler returned to the Powell Estate with the newly regenerated Tenth Doctor, it was one of her first thoughts. She had to borrow twenty quid from Mickey to get her mum a present. Christmas shopping in the Doctor Who realm can be an exciting time - for good and for bad.
Mickey and Rose had no sooner arrived on the local high street when they were attacked by a Santa-costumed brass band - really mercenary Roboforms. 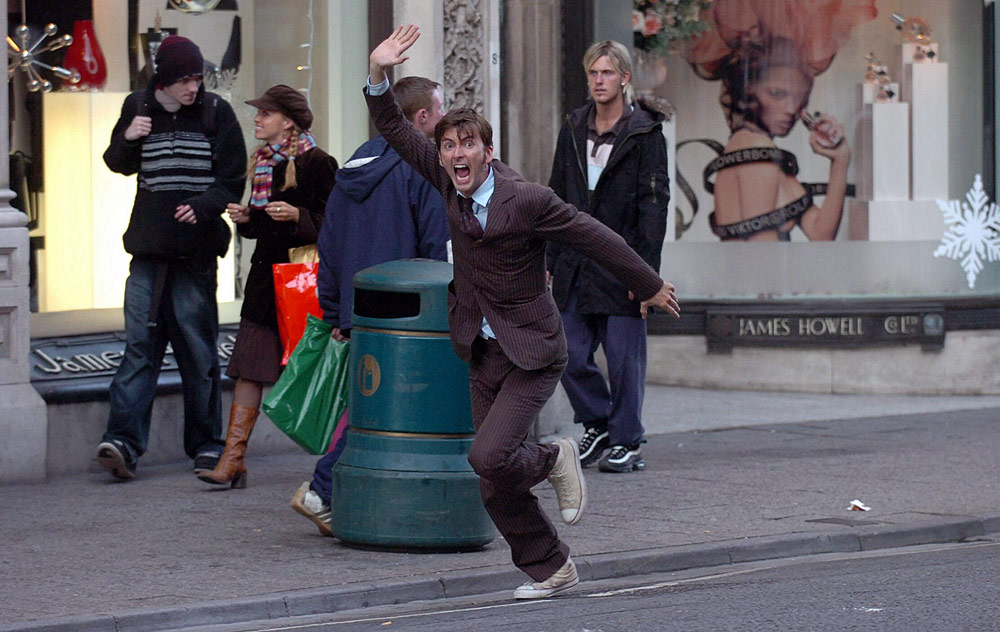 A year later, shoppers on one London high street got an unexpected bonus when a cash machine started to spew out free money. A lanky man in a brown tight fitting suit was last seen using it. That night, however, shoppers were gazing in awe at a massive Christmas Star which had appeared in the sky - which promptly started raining down death and destruction. Swings and roundabouts that year... 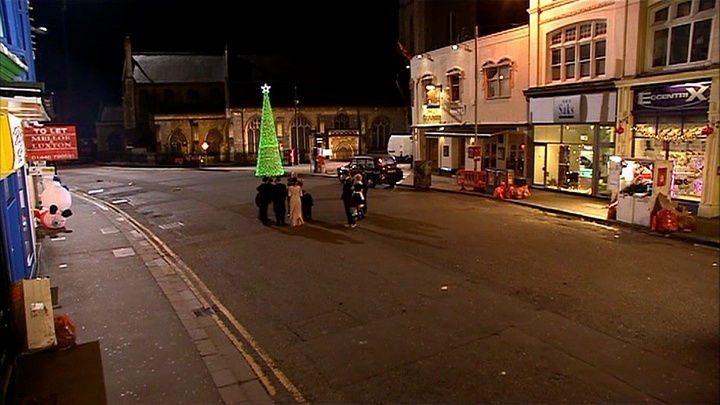 The Doctor was worried about materialising in the middle of a busy shopping street with Bannakafalata - but he needn't have been concerned. Thanks to the Sycorax spaceship and the Racnoss Webstar, people were keeping their heads down this particular Christmas - so no late night shopping. The only soul present was old soldier Wilf Mott, selling the evening newspaper. A couple of years later, he was doing his own Christmas shopping when he was troubled by a recurring nightmare - a vision of a man laughing maniacally. He sought sanctuary in an old church, where he encountered a mysterious woman dressed in white - leading to his final adventure with the Doctor. 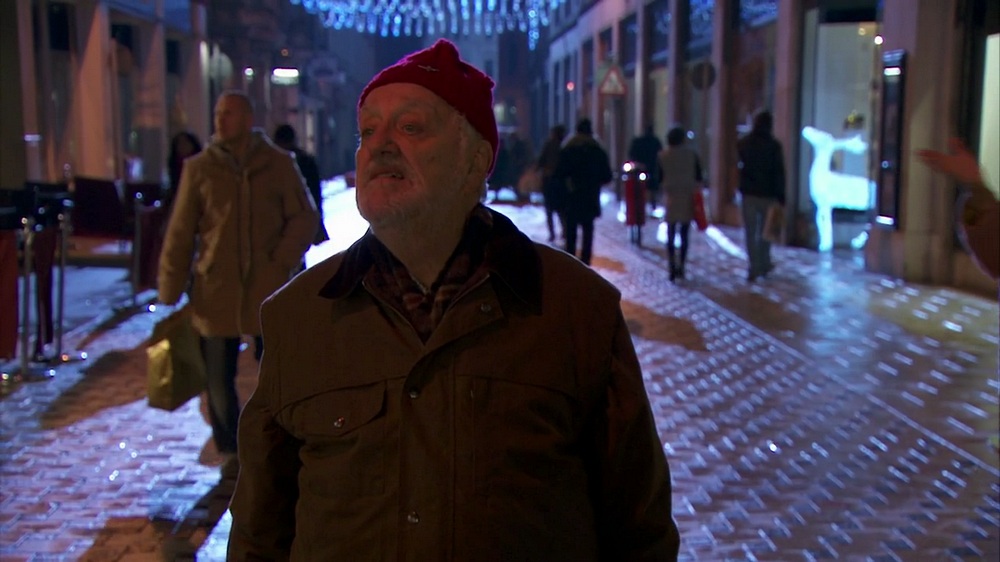 The moral of the tale? On-line shopping. It's just as expensive - but you are less likely to fall foul of any alien incursions.
Posted by GerryD at 20:47