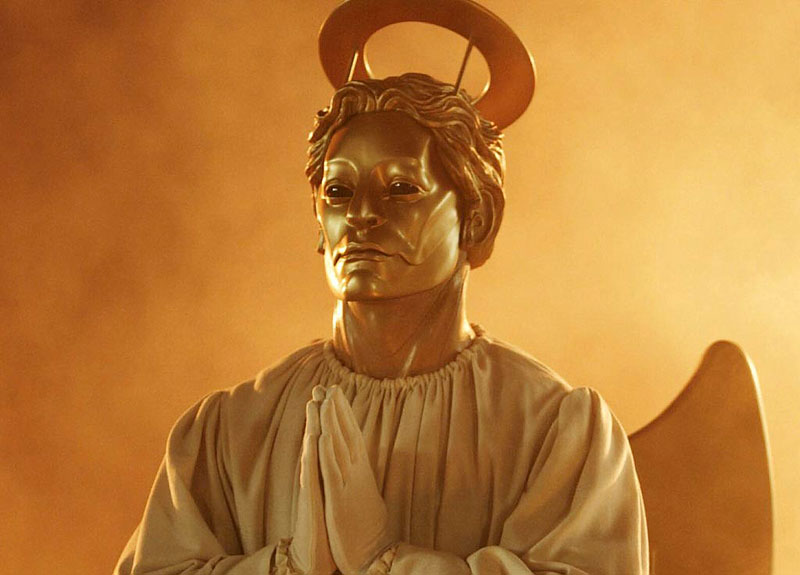 Whilst shepherds watched their flocks by night (or washed their socks, as I used to sing), they were visited by a heavenly host of angels - letting them know about the birth of Christ. It's the only part they really play in the Nativity, but angels have become a Christmas icon ever since. Many people put an angel on the top of their tree instead of a star.
When RTD was looking for a robotic menace for Voyage of the Damned, something akin to the Sandminer Robots, he hit on the idea of making them golden angels. The Host are supposed to be helpful information 'droids, but Max Capricorn reprogrammes them to be lethal killers. Their halos are detachable and make for deadly frisbees. They can also levitate. They are susceptible to electromagnetic pulses, and the Doctor is able to use logic to get round them.
Posted by GerryD at 19:08