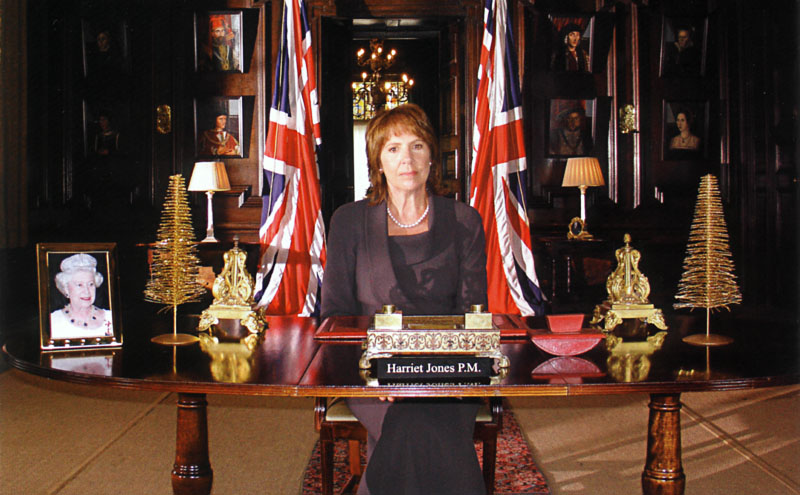 At 3pm every Christmas Day, postprandial viewers settle down to watch the broadcast of the annual Royal Christmas Message - known popularly as the Queen's Speech (or King's Speech if a male monarch). This tradition started on radio in 1932, with George V. It was written by Rudyard Kipling. The royal speeches were always produced up to 1996 by the BBC. Since then, they have been shared with ITV, with Sky coming onboard to produce the 2011 one.
In 2006, when the Sycorax activated their blood control device, the Queen was one of those affected - leading her onto the roof of the Palace. Prime Minister Harriet Jones (you know who she is) stepped into the breach to broadcast about the emergency and ask for help from the Doctor. 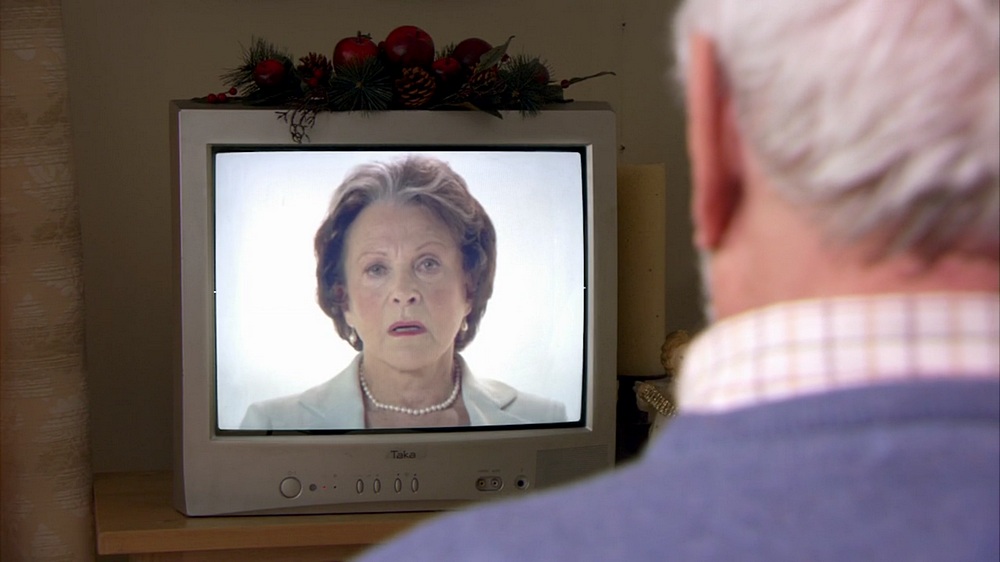 A few years later, old soldier and ardent royalist Wilf Mott sat down to watch the Queen's Speech - only to be addressed by the mysterious Woman in White who had approached him earlier in a church after he had been Christmas shopping. No-one else saw this enigmatic broadcast.
Posted by GerryD at 21:17