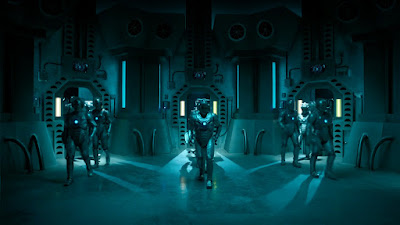 In which the Doctor is blackmailed into taking Artie and Angie on a trip in the TARDIS with Clara. They materialise on Hedgewick's World of Wonders, whose surface is covered in a vast amusement park. The Doctor possesses a gold ticket for this, which he has always meant to use. However, the park is now derelict. They are met by a man named Webley who informs them that people stopped coming after visitors began to disappear. He still maintains an exhibit here, but is just waiting for passage off world. Amongst his exhibits are various waxworks - including one of the missing Galactic Emperor - and a Cyberman, but this proves to be an empty shell. It is seated at a chess board, and Webley challenges Artie to a game against it. The Cyberman beats him. Suspicious, the Doctor opens up a cabinet beneath the chessboard and they find a small man hiding inside. He introduces himself as Porridge.
After everyone has left, Webley discovers that his Cyberman is no longer dormant. A tiny metallic insect-like creature - a Cybermite - has reanimated it. Webley himself becomes infected by the creatures, partially converting him.
Porridge informs Clara that a great war was once fought against the Cybermen in this sector of space. The then Emperor was forced to blow up an entire planet to defeat them.
The Doctor discovers that there are others on this planet, when they encounter a squad of soldiers under the command of  Captain Alice Ferrin. She seems to recognise Porridge. Ferrin explains that her squad is actually a "punishment platoon", comprising people who have failed to fit in with regular companies of soldiers. 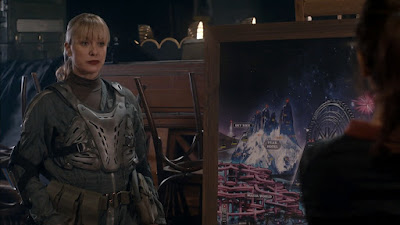 The Doctor comes across a Cybermite, and fears that their masters won't be far away.
First Artie, then Angie, is abducted by a Cyberman. The Doctor notices that these are of a new design, with advanced features such as remarkable speed. Their body parts can also act independently of the whole, and a number of soldiers are killed by them.
The Doctor returns to Webley's exhibit, where he finds the children partially converted. Webley explains that they will together make an ideal Cyber-Planner, but the Doctor would make an even better one. This surprises the Doctor, as Time Lords were not compatible subjects for conversion previously. The Cybermites can convert any being now.
To get the children back, the Doctor agrees to go to the Cyberman base - a repair complex left over from the earlier war. Pretending to be part of the Imperial Government, he first orders Ferrin to obey Clara's orders. She decides to move everyone to Nattie Longshoe's Comical Castle - a tourist attraction which will offer a defensive position. Ferrin reveals that the platoon has a weapon which is similar to the one which the Emperor used to end the last war - one capable of obliterating this entire planet.
The Doctor, meanwhile, has encountered the Cyberiad - the universal Cyberman neural network. He is partially converted, causing his mind to become half Time Lord, half Cyber-Planner.
The Doctor terms his Cyber half "Mr Clever". A mental battle will be fought to gain complete control over the Doctor, based on a game of chess. Mr Clever can already access parts of the Doctor's mind and memories which he would rather were kept private. 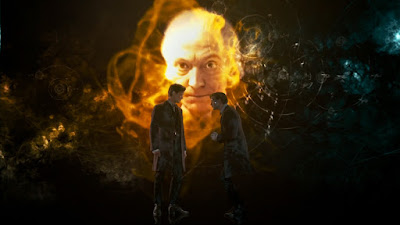 A real battle begins as a vast army approaches the Castle. An attempt to electrify the moat succeeds initially, but these new Cybermen have the power to adapt quickly to any new situation, and they soon break in.
The attack is stalled when the Doctor gives Mr Clever a chess problem to work out - one which requires the combined data processing of the entire army.
It transpires that Porridge is really the absentee Galactic Emperor, and he tells Clara and Ferrin that he ran away from court specifically as he did not want to ever face the choice his predecessor made - to sacrifice an entire planet to stop the Cybermen.
Giving away his position, he and the others, including Artie and Angie, are transmatted up to an Imperial spaceship, just as the planet-destroying weapon activates.
The planet is imploded, but one of the Cybermites survives... 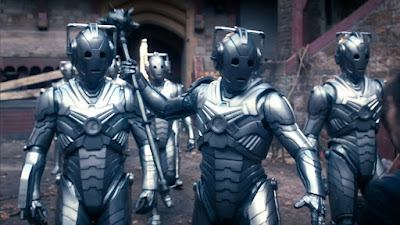 Nightmare in Silver was written by Neil Gaiman, and was first broadcast on 11th May, 2013.
Gaiman had previously contributed the highly regarded The Doctor's Wife for the previous series, and was pretty much allowed to come up with whatever he wanted for his follow up.
As a big Cyberman fan - especially of the Troughton era - he wanted to make them scarier again, and was invited to help with their latest redesign. The face masks were deliberately intended to look like the Troughton versions. As well as a physical makeover, the Cybermen were given a load of new attributes which were designed to make them stronger. A huge fan criticism since their earliest days was the number of things which they were allergic to / could kill them - radiation, gravitational influences, nail varnish remover, emotions, fire extinguisher contents, gold etc.
Gold does play a part here as the Doctor has a gold ticket for Hedgewick's World, and he uses this to stun Mr Clever at one point.
The appearance of the gold ticket hints at one of Gaiman's inspirations - Charlie and the Chocolate Factory. The story seems to be deliberately set up as being very kid-friendly.
We have Artie and Angie involved, the Charlie reference, the zany location - including the Comedy Castle - the equally zany punishment platoon members and that Ewok bloke (Warwick Davis plays Porridge). 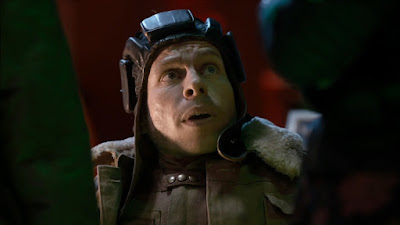 The problem was, adults have little or no interest in stuff aimed specifically at kids, and even kids prefer stuff aimed more at adults. No-one, apart from Mr Gaiman and Mr Moffat, had very much good to say about this story. Even the redesign of the Cybermen was criticised for making them look too much like Iron Man. Another complaint as that the Cybermen were now copying the Borg from Star Trek, whereas before Star Trek had copied the Cybermen.
Whilst Artie is bearable, Angie is a complete mess of a character. Taken to an alien planet where there's a giant amusement park, she simple moans and claims she's bored. What on Earth made Gaiman think the audience would find any interest in this character? Annoying characters annoy audiences.
Instead of a crack section of troops such as we had in Aliens, what we get here are a bunch of unfunny comedy characters who would never have gotten near the army in a million years. Tamzin Outhwaite is wasted as Captain Ferrin. The comedy troupe fight the Cybermen in a Comedy Castle.
Why should the audience take any of this seriously if the writer and producers don't?
We've mentioned a couple of guests artists. The other actor totally wasted here is Jason Watkins, who plays Webley.
If you think my criticism is unfair, do please bear in mind that this story came in at No. 203 (of 241) in the DWM 50th Anniversary Poll. It was the second to lowest rated Cyberman story - only Silver Nemesis being considered worse. Obviously the word "silver" is best avoided in story titles. 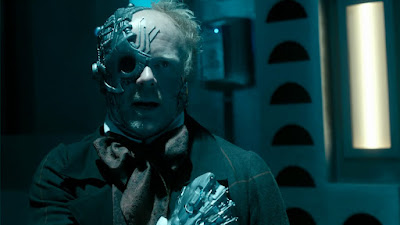 Overall, not very good. Everyone expected so much from Gaiman after his first contribution that we were always going to be disappointed - but not this disappointed...
Things you might like to know:
Posted by GerryD at 15:58