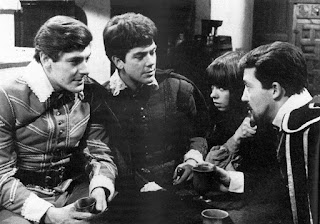 Often referred to as "The Massacre of Saint Bartholomew's Eve", but generally cut down to just The Massacre. The longer title isn't exactly accurate in terms of the timescale of the Massacre.
Before we get to the history, a word about how the story came into being. These days, it is unlikely that such an obscure period of history would be chosen for a Doctor Who story, and it would hardly be considered as a suitable follow-up to an epic 12 part Dalek story that had seen two new companions bite the dust.
The writer originally selected for this slot in production was John Lucarotti. He had been promised three commissions back when Verity Lambert was producer, and he still had one to fulfill. He wanted to write a tale about Vikings - Eric the Red discovering the Americas - but it was pointed out to him by Donald Tosh that Vikings had already featured in the previous season, in The Time Meddler. It was Tosh who sent him off to write about this bloodier than usual episode in France's long-running religious wars.
Lucarotti had little interest for the subject, but delivered a set of scripts. Tosh did not like these, and so extensively rewrote them. He received a credit on the fourth episode only, as he was still employed by the BBC when he rewrote the first three. As references, Tosh may have looked to Christopher Marlowe's 1593 play The Massacre at Paris, or to Alexander Dumas' 1845 novel La Reine Margot. 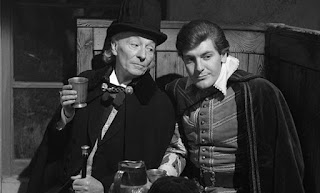 So, the Doctor and Steven arrive in Paris in the 16th Century, as the Doctor deduces from the architecture and the costumes. He does not know the exact date of their arrival. He elects to go and visit the famous apothecary Charles Preslin. This is an entirely fictional character by the way.
Steven elects to see the sights rather than wait back in the TARDIS, and becomes friendly with a group of young Huguenots - French Protestants. They meet a young servant girl - Anne Chaplet - who has run away from the home of the Abbot of Amboise. This is another fictional character.
Anne is another Huguenot and she has overheard a plot in which her old town of Vassy was mentioned. This had been the scene of a massacre of Huguenots by Catholic forces, so the fear is that something similar is being planned. Paris is full of Huguenots come to celebrate the marriage of the King's sister, Margaret, to Henri III of Navarre - a leading Protestant. The Queen Mother, Catherine de' Medici, hopes that this will ease tensions between the rival religions. She and Tavannes, Marshal of France, are unhappy with the level of influence which the Huguenot Admiral de Coligny has over the young King Charles IX.
When Steven sees the Abbot, he is shocked to discover that it is the Doctor in disguise. He is actually the Doctor's double, but Steven refuses to believe this throughout the whole story, even when the Abbot is killed by Tavannes for failing to assassinate the Admiral.
The Doctor and Anne eventually track down Preslin's shop and meet the Doctor. On learning the exact date, the Doctor sends Anne home and hurries Steven back to the TARDIS, as the Queen Mother talks the King into launching a preemptive strike against the Huguenots before they can assassinate him. On learning of the Massacre, Steven is convinced that the Doctor has sent Anne to her death, and storms out of the ship when it next lands - in present day Wimbledon Common. A girl named Dodo (short for Dorothea) arrives to report an accident as Steven returns, and she has the surname Chaplet - so maybe Anne did survive after all. She joins them on their travels. 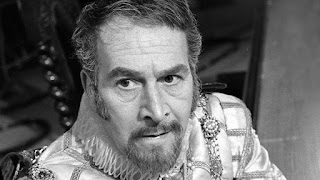 France had already experienced three religious wars, and the Massacre of Paris took place in the fourth. There were seven episodes in all. The massacre of Huguenot worshipers by troops under the command of the Guise at Vassy had taken place in 1562, during the first of the wars. In 1561 Calvin had written that a King who did not follow the teachings of God was no longer fit to rule. He had previously argued the opposite, that Kings derived their powers from God and had always to be obeyed.
In October 1571, and again in May 1572, French Protestant troops had intervened against Catholic forces in the Netherlands, and it was widely believed that Admiral de Coligny had talked the 22 year old King into sanctioning these. Tensions were already running high in Paris following harvest failures and high prices when the Queen Mother arranged the wedding of Henri and Margaret. Leading Catholics were against this union, and it was opposed by Pope Gregory XIII, and King Philip II of Spain. There was a power struggle going on amongst the leading Catholic factions at the same time. The marriage took place on August 18th, 1572. Coligny wanted the King to water down some of the conditions of the last peace accord, and this may have led to his attempted assassination on 22nd August, when he was shot on his way home from the Louvre. The assassin got away. 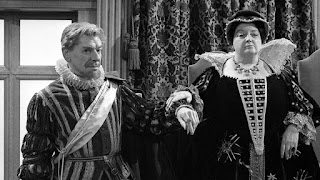 The Massacre follows the traditional view that this was all down to Catherine de' Medici, and the Admiral's influence over her son. It is now thought that it was the work of the Guise faction acting on their own volition, or the Duke of Alba, who governed the Netherlands for Philip of Spain.
Fearing a Huguenot backlash for the assassination attempt, the Catholic forces arranged for the killing of all the leading Protestants still in the city in the early hours of August 24th, the signal to begin being the matins bell of the church of Saint-Germain l'Auxerrois, which stood next to the Louvre. de Coligny was stabbed to death in his sick bed and his body defenestrated into the street. The killing rapidly escalated as the Paris mob turned on all Huguenots. The violence lasted several days, before spilling out into the provinces. The death toll in Paris alone numbered in the thousands, though the exact figure is not known. King Charles met his parliament on 26th August and justified the slaughter as a means to have thwarted a Huguenot massacre of the Catholics. Pope Gregory rejoiced, and had a special medal struck. Philip of Spain is said to have laughed - the only time he was ever seen to do so. Ivan the Terrible is actually said to have been quite appalled by the carnage. Queen Elizabeth was naturally alarmed. Her ambassador to Paris - Sir Francis Walsingham - only just managed to flee.
In recent years, Catherine de' Medici has no longer been seen as the sole architect of the Massacre. Her arrangement of the wedding showed that she wanted peace at all costs, and she ensured that Henri of Navarre was safely gotten out of the city. The blame has now shifted to her younger son - Henri - who would later become King himself, or to a group of Catholic noblemen with strong Italian links.
Catherine's three sons would all become King, and all die prematurely, and Henri of Navarre would eventually become King Henri IV of France. He had to convert to Catholicism, stating that Paris was worth a mass. 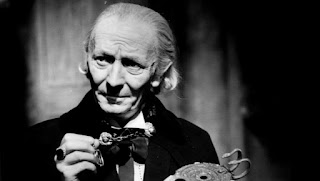 The Massacre gave William Hartnell the chance to play another character, and a villainous one at that. It is interesting that he does not demonstrate any of the usual Hartnell vocal mannerisms - showing that these were all part of Hartnell's performance as the Doctor.
Lastly, a word about Dodo. Though she mentions having a French grandparent, it seems highly unlikely that her surname would survive in the female line (from Anne) for nearly 400 years. Then again, it does seem a huge coincidence that the TARDIS landed just where she was going to be, so maybe it was trying to tell the Doctor and Steven something.
A scene written, but not filmed, would have had Ian and Barbara arriving just in time to see the TARDIS dematerialise from the Common. One of the reasons the Doctor gives for welcoming Dodo onto the TARDIS is that she reminds him of Susan.
For another fictional take on the events of the Massacre, I can recommend the 1994 film adaptation of La Reine Margot.
Next time, Dodo's accent wanders nearly as much as the TARDIS does, in a story of two halves.
Posted by GerryD at 22:38