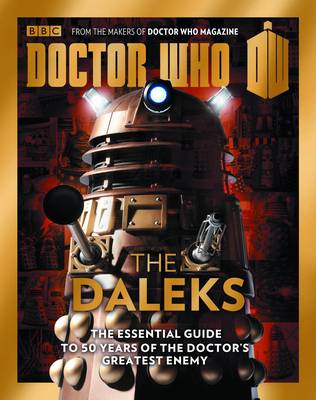 As regular readers will be aware, I have been bemoaning the absence of the new DWM special in all the usual shops where I buy ordinary issues and Specials. I had assumed that its release had been put back - until KORSAIR1 commented on an earlier post that they had already bought the thing. So I had a bit of a trawl round the net and have found that the distribution is very patchy indeed.
Forbidden Planet don't have it available on-line at all. Nor does the Who Shop International.
Amazon has one seller (asking £1.00 more than the cover price). Some copies have been sold on E-Bay for £10 more than the cover price. Galaxy 4 has it available for pre-order (with a release date of 29th May - though this has changed twice before).
The Blackpool Who Shop had it, but it is now sold out.
Apparently WH Smiths did not get it on its release due to a distribution problem, though that problem has (allegedly) now been sorted out.
Someone else says that it has been stocked in some Sainsburys supermarkets.
So there you go. I'd be interested to hear who else has managed to get their hands on this and - if so - where and when...

Update 29.5.13
The Magazook has now appeared on the galaxy4.co.uk website as released today (29th) and available to order. I pre-ordered a copy on Sunday, so perhaps my quest is nearing its end. The quest is the quest, after all...
I'm sure Homer wrote shorter epics than this.
Posted by GerryD at 19:50