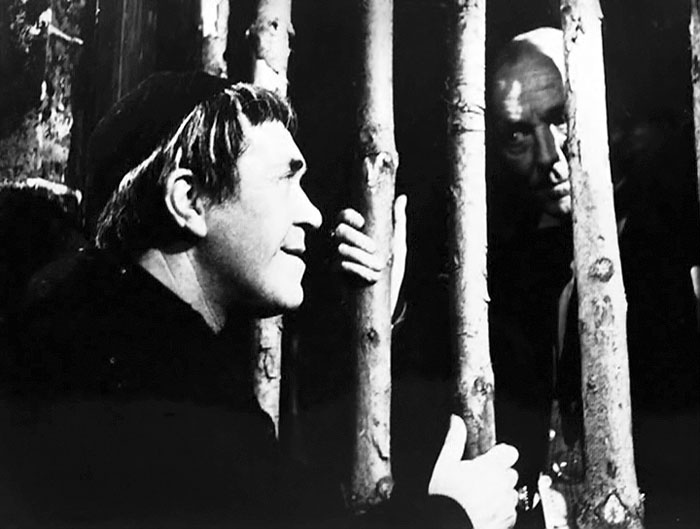 The Time Meddler
Imagine what it would have been like to view this for the very first time, without the benefit of the explanatory story title.
Audience reaction in 1965 was decidedly mixed. What were toasters and gramophones doing in 1066 Northumbria? Some people found the whole set-up intriguing - whilst others thought it just silly and switched off.
Apart from the anachronistic items, the first three episodes are a fairly humdrum historical affair - a mere backwater to the big events of that year. Everything changes with the episode three cliffhanger and Vicki's line: "The Monk's got a TARDIS!"
Suddenly the Doctor isn't the only person who can travel in time. There's another - the Monk - who also happens to be from the same planet, and has a similar space / time vessel. The Monk's is more advanced - and it is stated that his is some 50 years newer - one of the first indications as to the Doctor's longevity.
So, the first of the now commonplace pseudo-historical stories.
It is the first story not to feature any of the original companions.
Most importantly, we meet another Time Lord (the race still unnamed at this point), and see inside another TARDIS (a generic name for these capsules and not unique to the Doctor's ship).
It will take a long time for these revelation to bear fruit, but a lot of what we regard as Doctor Who today starts here.
Posted by GerryD at 20:24