The Ten Deaths of Rory & Amy

As we count down to the last days of the Ponds, I am going to offer you my personal top ten lists of Amy / Rory moments. But first, let's get the unpleasantness out of the way. Here are the 10 "deaths" of the Ponds. Rory's habit of dying starts when he is killed by the Eknodine Mrs Poggit. He's reduced to dust. This proves to be one of the Dream Lord's false experiences. (Amy's Choice). 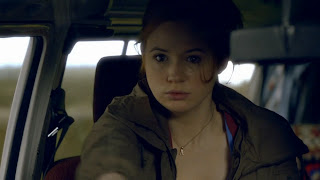 Amy finally realises who she really loves and, with Rory apparently dead, can't live without him. She chooses to crash the VW camper van into the cottage - taking the Doctor with her. Another Dream Lord false experience. (Amy's Choice).

3. The Doctor self-destructs the TARDIS. 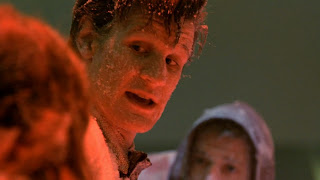 Amy and Rory die together when the Doctor blows up the ship - again a Dream Lord illusion. (Amy's Choice). 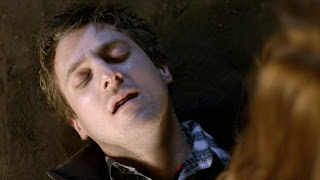 In the Silurian city, Rory pushes the Doctor out of the way and is shot by the dying Restac. He dies for real this time - and, to add insult to injury, gets erased from Time and from Amy's memory. (Cold Blood). 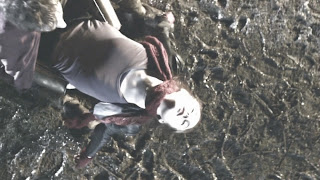 Under Nestene influence, the Auton replica Rory is forced to shoot his fiancee dead. (The Pandorica Opens).

6. The Auton Rory gets 'rewritten'. 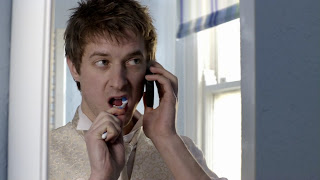 A "death" of sorts. With the Doctor rewriting the Universe with a second Big Bang, the Auton version of Rory is gone - though his memories remain with the new biological Rory. (The Big Bang). Amy appears to be gunned down in cold blood by the CIA man - but it's all a ruse to fool the Silence. (Day of the Moon).

8. Rory also gets gunned own by Canton. 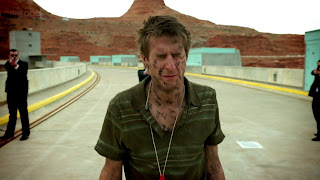 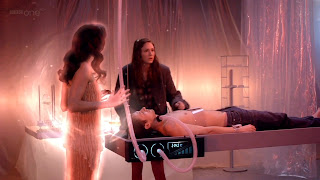 Only his second "real" death. Knocked overboard in a storm, Rory drowns. He is kept alive by the Siren in the alien spaceship infirmary. In order to move him into the TARDIS, his life support has to be disconnected. He dies, but is resuscitated by Amy. (Curse of the Black Spot). 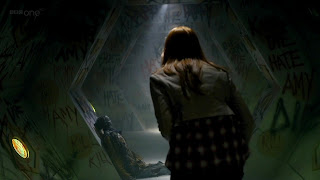 Trapped in the TARDIS and hunted by House, Rory appears to perish from old age in a matter of minutes. Another false death - House is playing with Amy's mind. (The Doctor's Wife).