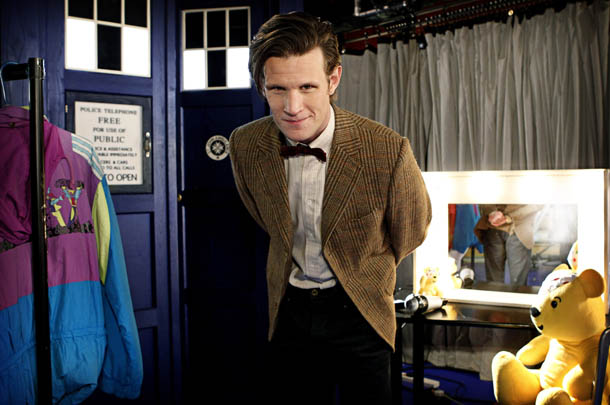 It has been announced that this years's BBC Children In Need will feature a specially filmed sequence as well as a trailer for the Christmas Special. The sequence has been reported in various places as a prequel - but the wording on the official BBC statement doesn't actually say this. The annual charity event takes place on Friday 16th November. You may recall that last year Matt Smith stripped off and auctioned his costume.

Many happy returns to Matt - as today is his birthday. He was born on 28th October 1982 - so that means the big 3-O. On Friday he attended the MCMExpo London ComicCon, where he celebrated early with a bit of TARDIS cake. 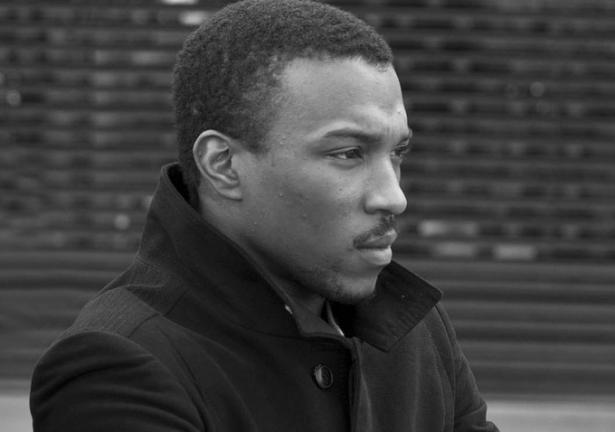 Ashley Walters may have given us the title for his episode next year. Stephen Thompson's story is, at least provisionally, called "Journey to the Centre of the TARDIS". Of course, no titles are set in stone and can change up to the last minute (The Power of Three was still "Cubed" a couple of weeks before Series 7 Part 1 commenced.
Matt Smith gave away part of the same title earlier, and Walters has said that we would be seeing a lot more of the ship - so whatever it ends up being called, the TARDIS seems to feature prominently.

Monday saw the release of the Special Edition of Claws of Axos. The picture quality is a huge improvement and there is a very good documentary attached. The highlight is without doubt the piece on John Levene, where Toby Hadoke spends a weekend in Salisbury with the man himself. It is a fascinating piece and we learn a great deal about the actor who was - and in many ways still is - Sergeant Benton. Worth buying the release just for this. 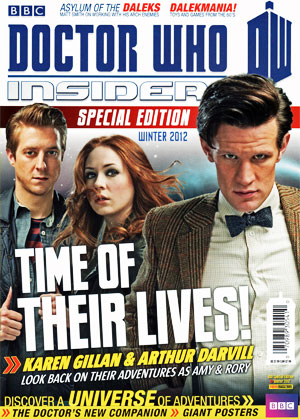 Things to look forward to this coming week are the first episode of RTD's new children's adventure series, Wizards vs Aliens (Monday CBBC 5.15pm). The Series 7 Part 1 DVD is released the same day.
Thursday 1st November sees the return of the short-lived Doctor Who Insider magazine. This was intended for the US market but ran out of steam after 9 monthly issues. Having it on sale in the UK from issue 5 didn't help. The new issue is advertised as a Winter Special - suggesting it may get a quarterly release rather than return as a monthly publication.
Posted by GerryD at 17:28