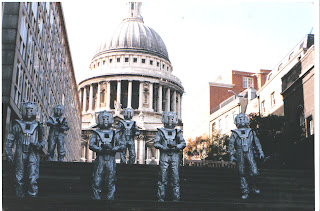 Things have suddenly gone quite quiet on the Doctor Who front, so I thought I'd take this opportunity to update on the outstanding DVD releases.
We know that the Special Edition of Claws of Axos marks the last classic DVD of 2012, and its "Coming Soon" is for The Legacy Box (the incomplete Shada & More Than 30 Years In The Tardis documentary). With the Legacy Box the first release of 2013, what remains? No more box sets apparently - all the other releases next year are single stories.
Definitely arriving in 2013 are The Reign of Terror, The Mind of Evil and Terror of the Zygons.
There are a further 4 Special Editions due out next year, one of which we know to be Inferno. If you look at the earliest of the DVD releases that haven't had the SE treatment yet, The Ark in Space seems a likely candidate for upgrading. Perhaps The Green Death? 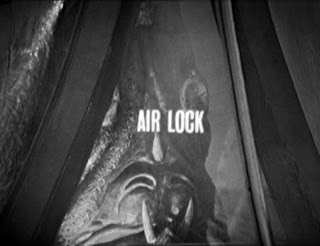 The 3rd episode of Galaxy 4 (Airlock) is also going to be released in 2013, but there is no word yet on The Underwater Menace part 2. I'm hoping one of the SE's is the Lost In Time set.
There is no word either on the incomplete The Tenth Planet and The Ice Warriors.
As I suspected, classicdw have confirmed that budgets allow for no more than 2 animated episodes per release - so that still leaves the door ajar for The Moonbase and The Crusade as potential complete releases.
Apparently the next issue of DWM will contain the schedule for the early part of 2013.
Posted by GerryD at 21:56