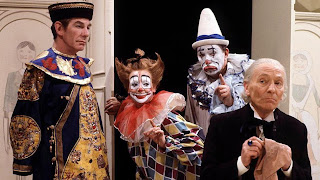 In which the TARDIS is forced to land in the Celestial Toyroom - surreal domain of the malevolent Toymaker. It is he who has made the Doctor invisible. The Doctor has met him once before, and knows that he is an immortal being who gains sadistic pleasure by forcing hapless victims to play games for their survival. Failure renders you a plaything of the Toymaker for ever.
With the TARDIS cut off, the Doctor and his companions must play a series of games to win it back. The Doctor will play the complex Trilogic Game, whilst Steven and Dodo will face a series of deadly challenges against some of the Toymaker's servants. If they fail, they will be turned into dolls. 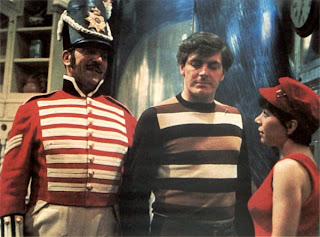 Their first challenge is a game of Blind Man's Bluff - against the clowns Joey and Clara. They win, and the clowns are reduced to lifeless dolls. Next is a game of Musical Chairs against living playing cards - the King, Queen and Knave of Hearts, along with a Joker. Of seven chairs, six are deadly. Dodo is almost frozen to death. Again they win, and their next challenge lies in the chaotic kitchen of Mrs. Wiggs, who is accompanied by Sergeant Rugg. They must play Hunt the Thimble - though for a key that should lead them to the TARDIS.
Back at the Trilogic Game, the Toymaker speeds the moves on automatically by voice commands. He makes the Doctor mute as well as invisible.
The key is found hidden in a pie and Steven and Dodo use it to unlock a door which leads to a ballroom - at the end of which is the ship. There are dancing dolls, and if they are seized they will be forced to dance forever. This is the fate of Mrs. Wiggs and Sgt. Rugg. 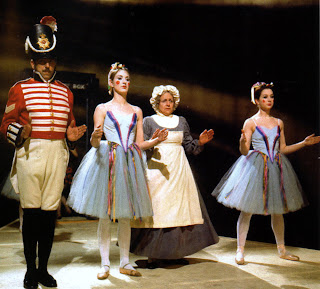 It proves to be a fake TARDIS. Their final game is one similar to Snakes and Ladders - throwing dice to cross numbered squares  - but over an electrified floor. Their opponent is the obnoxious and devious schoolboy Cyril. He is on the verge of winning when he is caught out by his own cheating.
The real TARDIS is gained - but the Toymaker puts a forcefield around it. The Doctor is still to win his game. He is made visible and given his voice back. He refuses to make the final move and enters the ship with his companions. However. they find they cannot leave. If the Doctor wins, this domain will be destroyed with him still in it. As an eternal being, the Toymaker will simply start again. Remembering how the Toymaker moved the game by voice command, the Doctor impersonates him to make the final move. The ship dematerialises as the Toyroom is destroyed. 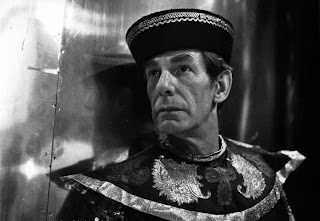 This four part adventure was written by Brian Hayles, and was broadcast between 2nd and 23rd April, 1966. Whilst the credit may have gone to Hayles, there is precious little of his scripts here. The story had to be rewritten by Donald Tosh and he was due to get the credit. Gerry Davis stepped in with further rewrites. Tosh was unhappy about this and took his name off the story. As Story Editor, Davis couldn't take the credit - so it reverted back to Hayles who had initiated the idea.
The director was Bill Sellars, and the designer John Wood. Only episode 4 remains in the archives, though the soundtrack is available for the missing three parts. 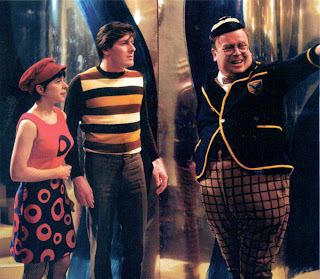 The writing wasn't the only troublesome part of this production. The relationship between William Hartnell and producer John Wiles had deteriorated to the point that Wiles seriously considered replacing the lead role in this story. When made visible again in the final episode, another actor would appear - the change of appearance being explained away as the mischievous work of the Toymaker. As it was, Wiles decided to resign and this story marks Innes Lloyd's first producer credit on the show. He got on a lot better with Hartnell and decided to defer the change of Doctor until later in the year, after discussion with BBC Head of Serials, Gerald Savory.
Due to the nature of the story, Hartnell has very little to do. He was on holiday for the second and third episodes - his lines pre-recorded and a hand double was seen to move the Trilogic Game pieces.
Purves and Lane have to carry the story. Dodo comes across as a bit stupid and annoying in this - easily fooled by the Toyroom characters despite knowing the stakes.
Steven gets my favourite line: "I'm going to see if there's an invisible barrier around his backside..." 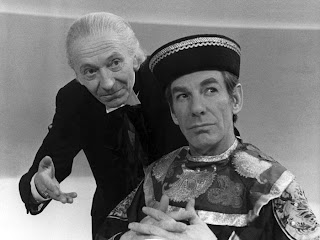 The Toymaker is played by the wonderful Michael Gough. He would return to the programme in The Arc of Infinity, as Councillor Hedin. He almost came back as the Toymaker in Graham Williams' The Nightmare Fair - but this fell victim to the Colin Baker "hiatus" crisis. Gough died in March 2011 at the age of 94. He made over 150 films - many of them in the horror / fantasy genre. He worked extensively with Tim Burton almost up to his death. At the time of The Celestial Toymaker he was married to forthcoming companion actress Anneke Wills.
Episode endings for this story are:


A very brave attempt at a surreal story for the programme - indicative of the directions Wiles wanted to take the show. Star Trek will later churn out dozens of variations on this. It reminds me of an Emma Peel era Avengers tale. The story had a certain mythical status when I was younger, but opinion has dipped since we got to see the existing episode. There's just no pleasing some people. 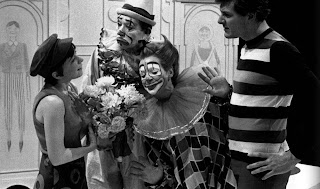