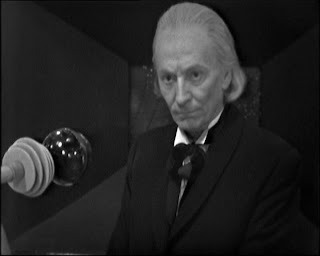 The Abbot of Amboise isn't the first time a double or duplicate will stir up trouble for the Doctor and his companions - and he certainly isn't the last. Here are a few more doppelgängers who have caused the Doctor a few headaches.
First of all there was the robot copy of the Doctor which was created by the Daleks in The Chase. It was programmed to "infiltrate and kill" the TARDIS crew. Played in a couple of close-ups by William Hartnell, it was blatantly seen to be one Edmund Warwick the rest of the time. The robot gives itself away by calling Vicki "Susan" - and the Doctor pulls its innards out. The Daleks will attempt something similar with duplicates - replicants - of the fifth Doctor, Tegan and Turlough - planning to send them to Gallifrey to assassinate the High Council of the Time Lords. All part of the lead up to the Time War... 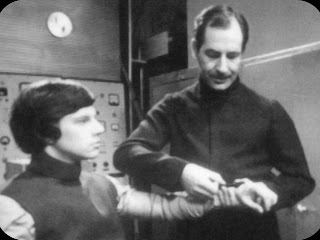 When the Doctor came up against the Chameleons at Gatwick Airport, he encountered duplicates of his companions Polly and Jamie. The aliens were forced to release their captives and find some other way of acquiring physical identities. (The Faceless Ones). 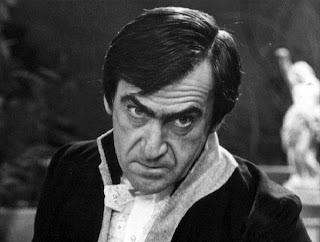 On a visit to Australia in the near future, the second Doctor found that he had a double in the Mexican would-be dictator, Salamander. He pretended to be the villain - and Salamander returned the compliment by pretending to be him in order to steal the TARDIS. Neglecting to close the ship's doors - he was sucked out into the Temporal Vortex. (The Enemy of the World). 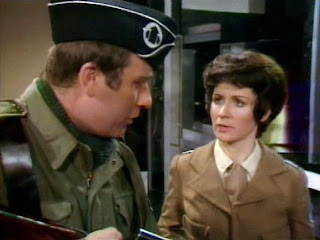 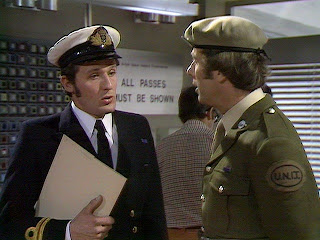 When the Kraals decided to invade Earth using android duplicates, they copied Harry Sullivan, Warrant Officer Benton, Sarah and the fourth Doctor. The Doctor used Devesham's radio transmitter to broadcast a signal to deactivate them all. (The Android Invasion). 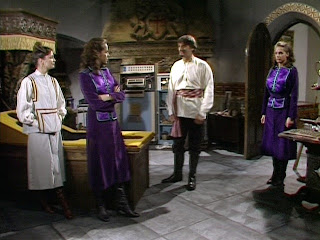 Not so much double as triple trouble. On the planet of Tara the Doctor will encounter an android version of Princess Strella - who just happens to look like Romana - and a deadly android version of his companion. Romana, android Romana, Strella, and android Strella. Confusing or what.  (The Androids of Tara). 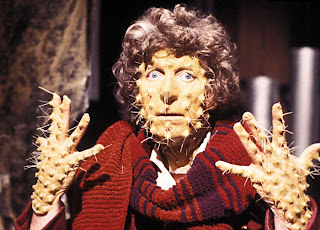 When he wanted to retrieve his power crystal - the Dodecahedron - from the planet Tigella, Meglos copied the Doctor's form to infiltrate its underground city. He couldn't maintain the body for long - and occasionally reverted to a cactus-like form. 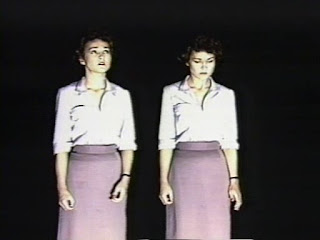 On Deva Loka - home of the Kinda - under the malign influence of the Mara, Tegan was confronted by her own self. One Tegan is generally regarded as enough, and she was almost driven insane by the experience - as were we viewers... 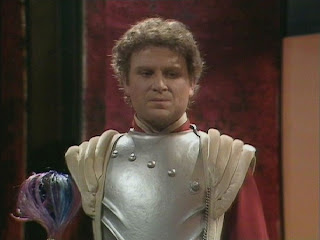 There is a school of thought which suggests that Time Lords have a limited number of "appearances" when it comes to regeneration - hence the reason why the sixth Doctor looks like Commander Maxil. Some deluded individuals claim to have seen Peter Davison as one of the choices offered to Troughton at the conclusion of The War Games. If that is so, Ted, the Maplins holiday camp comedian from the BBC sit-com "Hi-De-Hi!" is also a Time Lord... 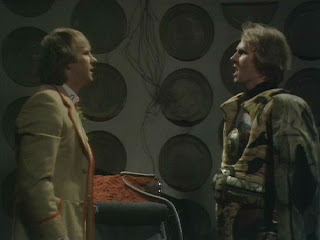 From the same story - Arc of Infinity - Omega tries to steal the Doctor's body to transfer from his Anti-Matter universe into this one. He only manages a copy, which deteriorates as he runs around some of more scenic parts of Amsterdam. 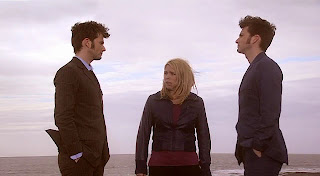 Listen carefully - I will say this only once. The tenth Doctor gets his hand cut off soon after regenerating. Captain Jack keeps this hand to use as a "Doctor Detector" until the Master steals it from him when he pinches the TARDIS. After being shot by a Dalek, the Doctor channels unwanted regeneration energy into the hand. The hand meets Donna Noble and through a metacrisis regenerates into a half-human version of the Doctor - Doctor 10.2. This is the version Rose Tyler gets stuck with on a parallel Earth. Simple. 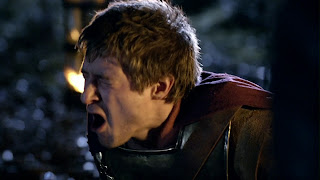 The Pandorica Alliance create an Auton duplicate of Rory from Amy's memories. He is programmed to kill Amy, but thanks to the Doctor helps bring her back to life and stands guard over her for 2000 years. 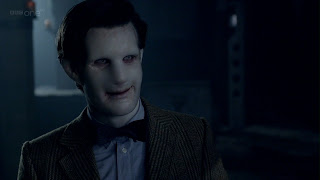 Making physical contact with the Flesh, the Doctor finds he suddenly has a Flesh Avatar, which knows all about Cybermats and does a very good impression of Tom Baker and David Tennant. They swap places to learn what people really think of each other. The Avatar sacrifices itself to destroy the Jennifer Flesh creature. It may be able to be reconstituted - so we suspect it might be the "Doctor" who gets killed at Lake Silencio. 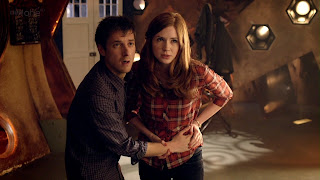 Madam Kovarian and the Silence kidnap the pregnant Amy and replace her with a Flesh Avatar. They will do the same later with her baby, Melody. It is a duplicate Amy who travels with the Doctor and Rory for the whole of the first part of Series 6 - up to A Good Man Goes To War. 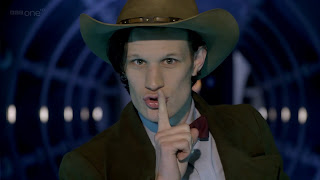 If not the Flesh Avatar at Lake Silencio then what? A Tesselecta robot of the Doctor, that's what. But don't say I told you...
Posted by GerryD at 01:50