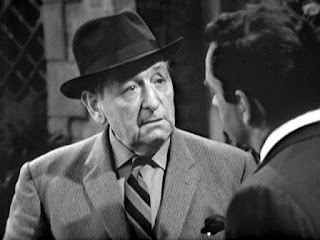 Arnold Farrow was a civil servant who was employed to look into claims being made about a new insecticide called DN6. This had been developed by a scientist named Smithers. Smithers' business partner, Forester, had invested heavily in the chemical, but found that Farrow had serious reservations about its development. He wrote a report which would have put a stop to DN6, having discovered that it killed those insects which were essential for agriculture, as well as the pests. Forester invited him to Smithers' home to discuss his report. Farrow arrived on his way to his boat, as he was about to take a sailing holiday in France. He had the report with him, and had yet to submit a copy to his department. When he refused to accept a bribe to change his findings, Forester shot him dead. His corpse was discovered by the TARDIS crew - who had been shrunk to an inch in height after a TARDIS fault - which prompted them to investigate what was going on at the house.