The Return of Doctor Mysterio 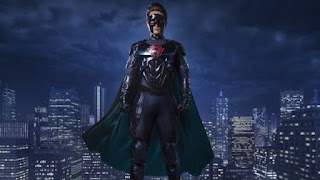 The title of the 2016 Doctor Who Xmas Special has been revealed, and a behind the scenes teaser trailer has been released. We seem to be going all Marvel this year. The story is set in New York, and there's a kid with specs. People disappear leaving their clothes behind, and there are masked surgeon-like figures kicking about. Matt Lucas' Nardole wears some silly costumes. Plus we get the masked superhero above. 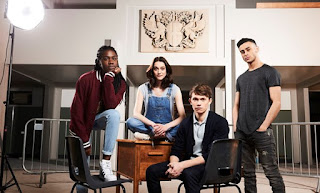 Also out now is a proper trailer for Class. This reveals that we won't be visiting Coal Hill School at all. Rather, it will be set at Coal Hill Academy. One new monster is glimpsed - a sort of demon. We'll also visit at least one alien planet. Capaldi features in a couple of clips.
Posted by GerryD at 22:02