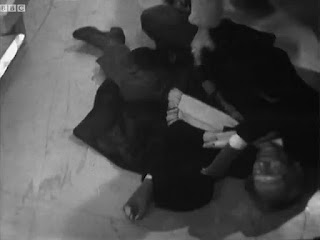 50 years ago today - which also just happened to be a Saturday - the Doctor Who production team did something very, very clever indeed. They found a way to continue the Doctor's adventures without the Doctor. Or at least without the man who had played the Doctor since the series' first episode. This one thing more than any other has meant that the programme continues to be made to this day - with more seasons still to come. And it is all the same programme. No reboots and remakes. Peter Capaldi plays the same Time Lord who walked out of the fog into a junkyard back in November, 1963, as played by William Hartnell. On 29th October, 1966, Hartnell collapsed on the floor of the TARDIS, and his features blurred and changed into those of Patrick Troughton. We had a second Doctor - meaning we could later have a third, and a fourth, and a fifth...
The rest is history - and the future.
Posted by GerryD at 22:17