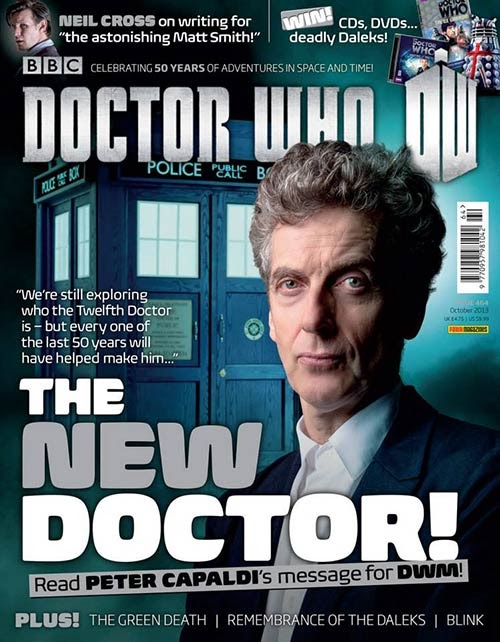 The latest issue of DWM hit the shops this week. Not a lot in it this month to be honest. I certainly didn't feel any urge to read the "making of" article on the 12th Doctor announcement show. The Neil Cross interview was a bit dull.
I gave up reading the Time Team feature years ago - so completely phony having professional fans faking reactions and pretending they're watching stories for the first time.
Naturally, all of the 12th Doctor items contained in the issue say a lot but tell you nothing.
The one thing I did learn from this issue was a point in the "Fact of Fiction" piece on Remembrance of the Daleks - that the gates with I.M. Foreman's name misspelled had actually been repainted at JNT's insistence for another reason earlier in the day. (I've since read that they had put L.M instead of I.M).
Regarding Capaldi and Series 8, Steven Moffat has been a lot more vocal in a couple of interviews - particularly at the Edinburgh Festival. Like DWM, he says a lot but doesn't necessarily tell you much.
It's almost certain Capaldi will use his natural Scottish accent.
Forget about any returning Time Lord characters.
Peter Jackson may well be directing a future episode. 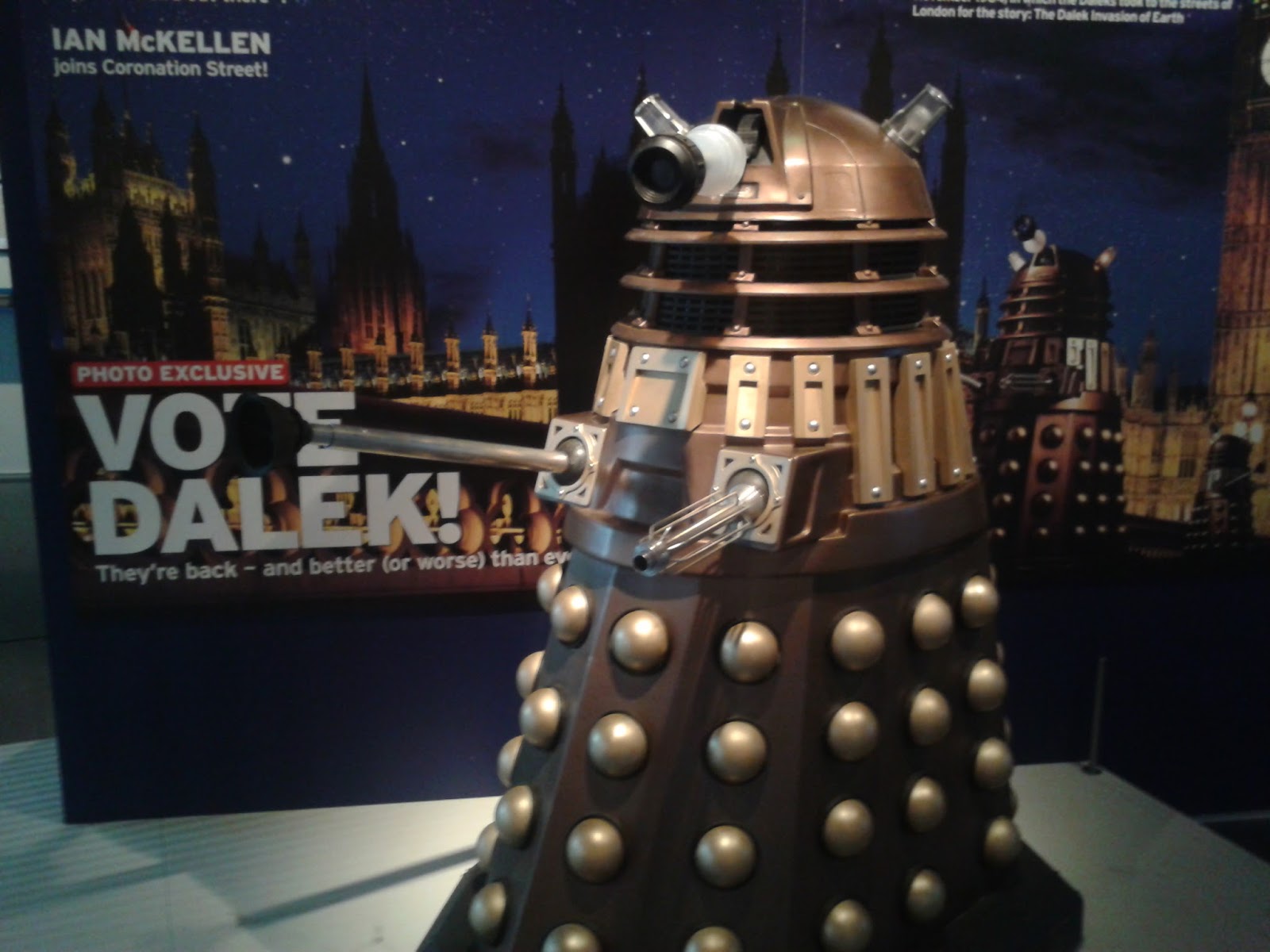 On a personal note, I visited the small Radio Times exhibit at the Museum of London on Tuesday, before enjoying a pleasant walk through the City - passing a few Doctor Who locations on route. I am thinking of starting an occasional series of London-based "Then & Now" location pieces in this blog. 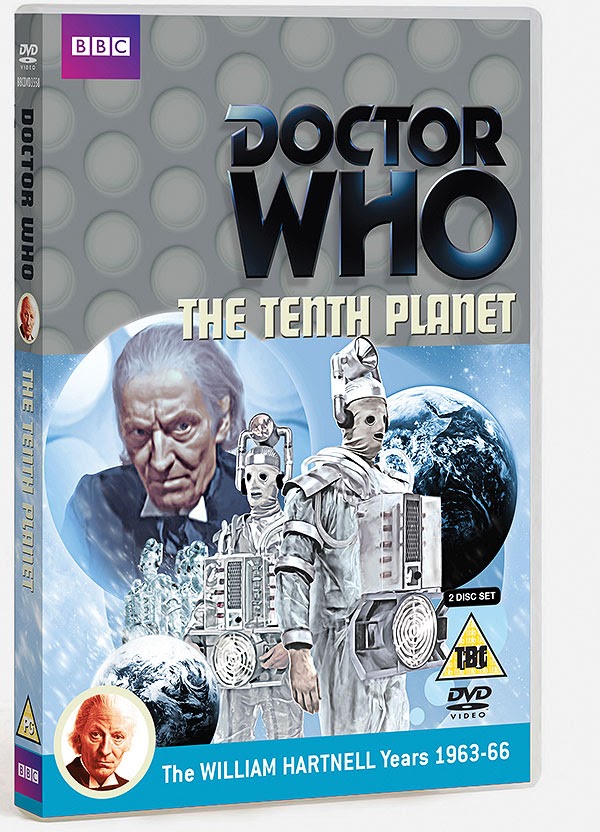 The Region 2 DVD cover has been revealed for The Tenth Planet. I am a little surprised to note that The Moonbase does not feature at all on Amazon UK, even though it was supposed to be released before this story (on 21st October). It is to be found on the US Amazon site - but without any proposed release date. Possibly, it is getting pushed back to 2014 - or is going to be swapped with the Hartnell Cyberman story?

As to the week ahead, remember that the Doctor Who Prom is on BBC 1 at 4pm tomorrow. The Ice Warriors DVD is released the same day. Sadly, Amazon have not managed to get my copy to me in advance of the Bank Holiday, so I'll have to wait until Tuesday to watch it.
Posted by GerryD at 19:00