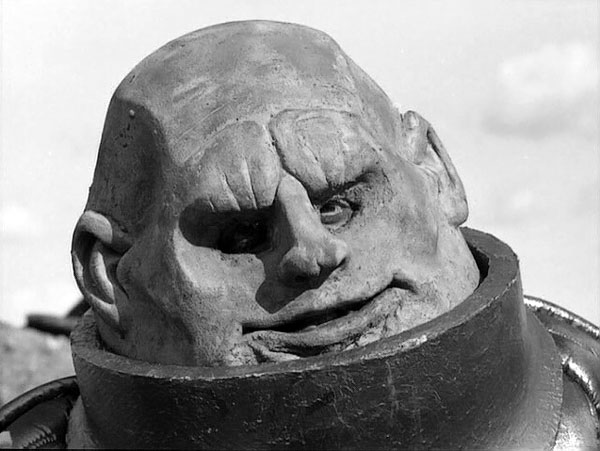 In which the Doctor, Sarah and Harry transmat down to Earth from the Ark in order that the Doctor can repair the travel system. Whilst the Doctor works, Sarah and Harry go off to explore. Harry falls down a deep pit, and Sarah notices that it had been deliberately concealed with cut branches. The planet is supposed to be lifeless. She goes to fetch the Doctor - only to find he has vanished. She returns to the pit - and now Harry has gone. The Doctor had encountered a party of astronauts who blame him for the destruction of their ship and subsequent disappearances of their colleagues. They were lured here by a distress signal, and their craft blew up shortly after. They are originally from the Gal Sec 7 Colony. They have heard of the Ark, but dismiss it as legend. Harry had discovered a tunnel leading out of the pit, and has found his way to a cavern where one of the abducted astronauts is chained up and dying of thirst. Sarah meets another astronaut named Roth, who had been captured by the mystery assailant but escaped, after being tortured. He accuses one of his friends of complicity in these events. A robot appears and captures both Roth and Sarah. It takes them to a camp-site where she sees a familiar spherical spacecraft... 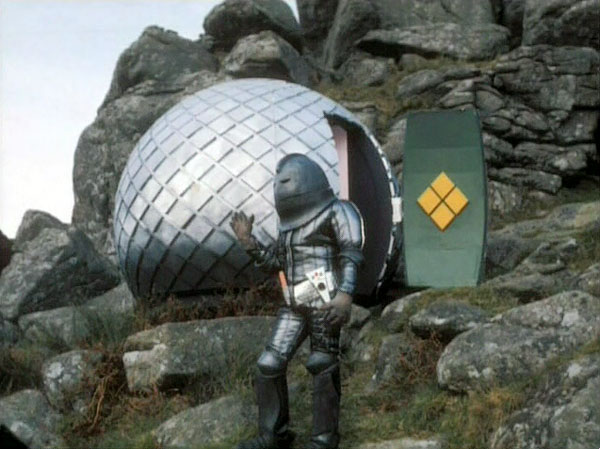 A Sontaran Field-Major named Styre is here on Earth, evaluating its strategic importance and experimenting on humans to ascertain their strengths and weaknesses. The Doctor escapes from the Gal Sec crew and uncovers the truth. Styre is reporting his findings to his Marshal, as an invasion is imminent. They are in the midst of a centuries-long war with a race called the Rutans. Roth is killed trying to escape, and Sarah is subjected to one of Styre's cruel tests - terrifying her through mental images. It transpires that Vural - leader of the astronauts - is collaborating with Styre to save his life. Under pressure to finish his experiments, Styre captures the rest of the crew and sets up another sadistic test. After rescuing Sarah, the Doctor devises a plan. Sontarans are unused to Earth's atmosphere and gravity. The Doctor challenges him to a duel - claiming that only he is a true human and these other people are a mere slave race. The belligerent alien fights with the Doctor and quickly tires - forcing him to return to his ship to regenerate. Vural dies trying to help the Doctor. Harry has been sent to sabotage the re-energising device - causing it to reverse its function. Styre is destroyed, along with his craft. The Doctor contacts the Marshal and forces him to abandon the invasion. He and his companions then transmat back to the Ark. The Gal Sec survivors, Krans and Erak, will soon welcome thousands of people from the Ark as the Earth returns to life. 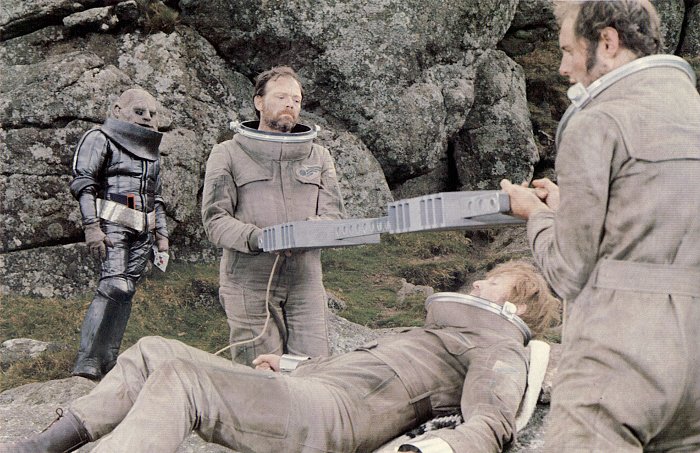 This two part story was written by Bob Baker and Dave Martin, and broadcast on 22nd February and 1st March, 1975.
The Sontaran Linx had proved immensely popular in the previous season, in the story The Time Warrior. Barry Letts and Robert Holmes felt the new race warranted a speedy comeback, which would help launch the new Doctor. Holmes would not be able to write the story himself, so it was given to Baker and Martin.
This story was made along with The Ark in Space as though it were a six parter - with the same production team. The studio days were given entirely to the space station story, while the location work went to this. Baker and Martin were partly inspired by stories of Nazi medical experiments. They had scripted Styre to conduct his experiments in an underground lair - perhaps a ruined church crypt. With no studio sets, and no suitable structure at the  Dartmoor location, the natural topography had to be used.
Returning as another member of the Sontaran race was Kevin Lindsay, who had previously played Linx. He had also featured as Cho-Je in Pertwee's final story. His heart condition was now known about, and so the mask was redesigned to make it easier for him to perform in. All of the more energetic work was carried out by stunt performer Stuart Fell. Tom Baker famously cracked his collar bone during the shoot. He could only be used for close-ups, and Terry Walsh handled the action sequences. As such, the climactic fight in part two barely features the two main actors. 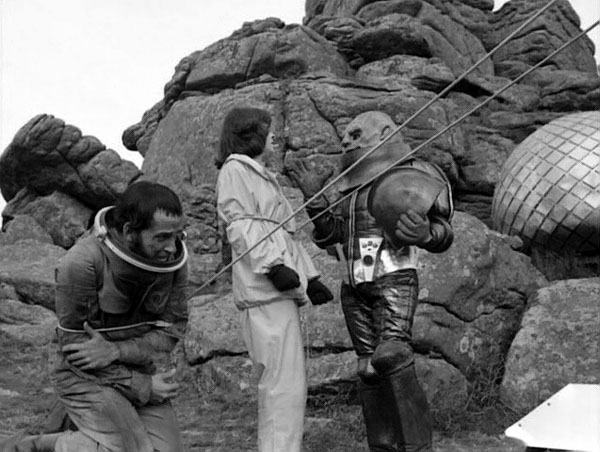 The Gal Sec crew are played by Donald Douglas (Vural), Glyn Jones (Krans), Peter Walshe (Erak) and Peter Rutherford (Roth). Terry Walsh briefly appears as Zake, who dies trying to escape from Styre's robot.
Said robot is one of the weak points of the story. The other is that the Marshal so readily gives up the invasion - just because of something the Doctor tells him.
Episode endings are: 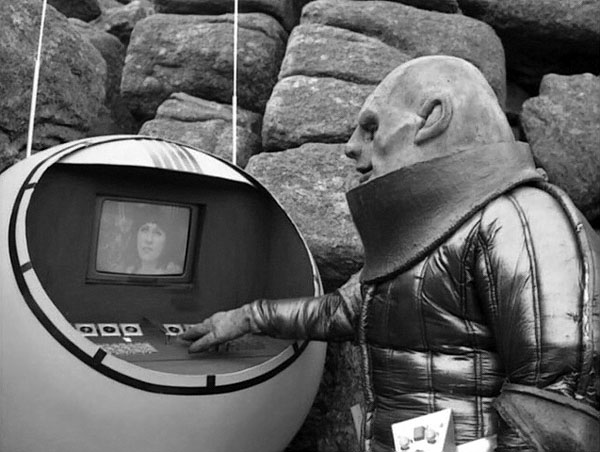 Overall, a very good, tight little story. Just shows what the programme can achieve in only 40-odd minutes.
Things you might like to know: