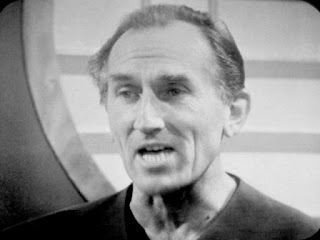 Head of Security for the human colony on the planet Vulcan. He harboured ambitions to take over the running of the colony from Governor Hensell, and planned to use the Daleks to help him. Concerned that a small but active rebel group was growing in strength, whilst Bragen's troops seemed ineffectual to stop it, Deputy Governor Quinn called in the assistance of an Examiner from Earth. He was assassinated soon after his arrival, and the newly regenerated Second Doctor came to be mistaken for him. He was more interested in stopping scientist Lesterson's experiments with a Dalek he had found in a spaceship, buried in the mercury swamps. When it became clear that the Daleks could be used as a weapon, Bragen took the opportunity of Hensell's tour of the outer regions of the colony to stage his coup. He had been the secret leader of the rebels all along. He had Hensell exterminated on his return. Fearing the rebels might then turn against him, he was content for the Daleks to kill them as well as any others who stood against him. He soon found that they would obey no human. His own men were cut down. The rebel Valmar shot Bragen dead when he learned of his plan to kill all the rebels.