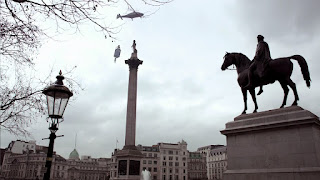 The final journeys of the Eleventh Doctor. You may experience a bit of deja vu, as some of these overlap with the travels of the Tenth and War Doctors during the events of Day of the Doctor.
Unseen, the Doctor has taken Clara back to Earth from Trenzalore. Some time has passed for her as she has now secured a teaching post at Coal Hill School. We find the TARDIS on a lonely, windswept road (looking nowhere like the Home Counties). The ship is picked up by a UNIT helicopter which flies into London along the Thames from the east. Presumably it is November 23rd, 2013. 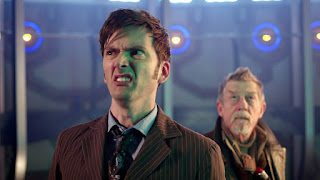 Journey 704: Trafalgar Square, London, to UNIT HQ, Tower of London, 2013.
Something odd happens when the three Doctors enter Ten's TARDIS. The ship seems to change through time, so we see the 2005 - 2009 console room, then the War Doctor's - before we see them in the current incarnation. The Tenth Doctor doesn't like what Eleven has done with it.
The ship travels into the painting of "Gallifrey Falls / No More". The Doctors can then enter UNIT's locked-down Black Vault, as the Doctor has requested the picture be moved there. 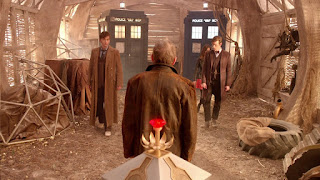 Journey 705: UNIT HQ, London, 2013, to Gallifrey, date unknown.
The TARDIS travels to the barn in the wastes of Outer Gallifrey, where the War Doctor is about to activate The Moment. 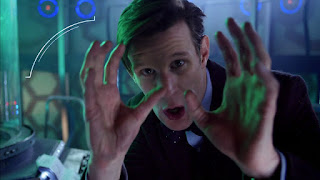 Journey 706: Gallifrey - Outer Wastes to planet's orbit, date unknown.
The Eleventh Doctor joins all his previous incarnations, plus one future one, in their scheme to save Gallifrey by depositing it in a pocket universe. 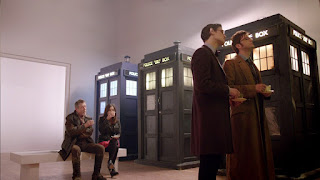 Journey 707: Gallifrey, date unknown, to National Gallery, London, 2013.
The three Doctors assemble for the last time in front of the painting in the Under Gallery. 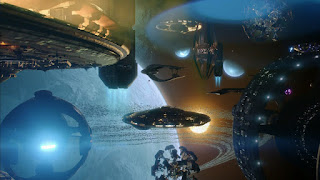 Journey 708: Earth, 2013, to Trenzalore orbit, date unknown.
The TARDIS is in orbit around a planet which the Doctor will later discover is Trenzalore, after a number of alien races assemble there in response to a strange signal. 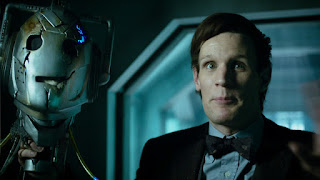 Journey 709: Trenzalore, orbit, to Cybership, date unknown.
The Doctor transmats onto a Dalek saucer, but takes the TARDIS when he visits the unknown ship which has turned up - which proves to belong to the new Cybermen. 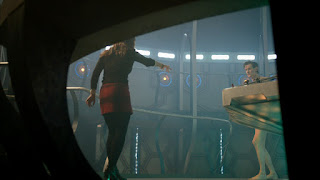 Journey 710: Cybership, Trenzalore orbit, date unknown, to London, 25th December, 2013.
The TARDIS materialises outside the block of flats where Clara lives. It is Christmas Day. The Doctor is naked. Placing an under-cooked turkey in a cabinet beneath the console will either cook it or revert it back to being an egg. 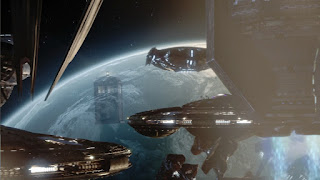 Journey 711: London, 2013, to Trenzalore orbit, date unknown.
The Doctor takes Clara into the midst of the assembled spaceships above the planet. 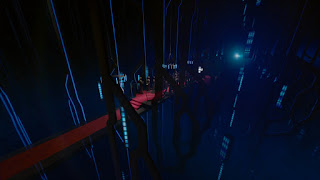 Journey 712: Trenzalore - space to Papal Mainframe, date unknown.
The Doctor is invited aboard the HQ of the Church by old friend Tasha Lem, the Mother Superious. This is why the Doctor was not wearing any clothes - it is a mark of respect. 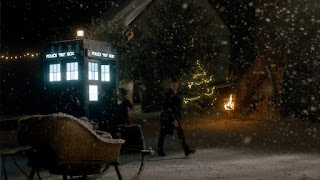 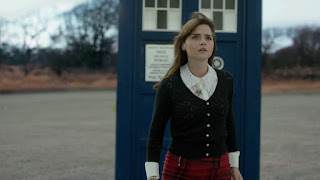 Journey 714: Trenzalore, date unknown, to London, 25th December, 2013.
The Doctor tricks Clara into returning to the TARDIS so that he can send her back home - just as he had done with Rose at the end of his Ninth incarnation. 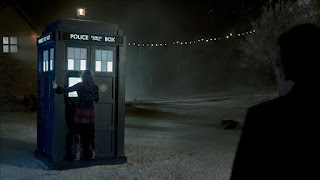 Journey 715: London, 2013, to Trenzalore, date unknown.
Clara tries to get back into the TARDIS as it dematerialises. She is carried to Trenzalore on the outside of the ship, which arrives 300 years into the Doctor's future. Normally this sort of TARDIS travel proves fatal, but Clara survives. The turkey is still not quite cooked. 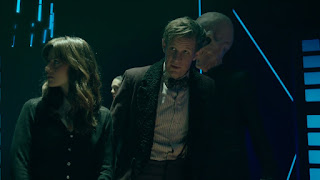 Journeys 716 & 717: Trenzalore - Christmas to Papal Mainframe in orbit then back to Christmas, date unknown.
The Doctor and Clara return to the Church HQ to find that it has been invaded by the Daleks. Tasha has been converted into a slave, but she manages to break the mental conditioning. The Doctor and Clara escape back down to the planet. 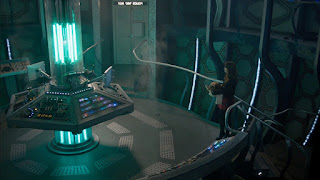 Journey 718: Trenzalore, date unknown, to London, 25th December, 2013.
The Doctor sends Clara back home once again. The turkey is done. 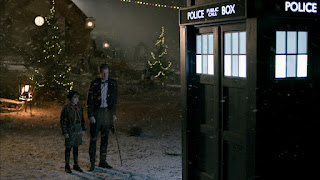 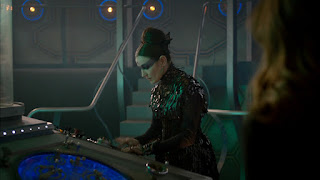 Journey 720: Trenzalore, date unknown, to London, 25th December, 2013.
The TARDIS returns to London, and this time it is being piloted by Tasha Lem. She collects Clara, as the Doctor is nearing the end of his life and losing his centuries-long battle to save the village. 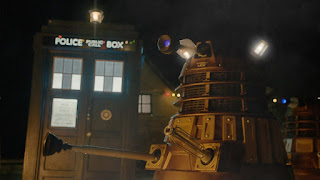 Journey 721: London, 2013, to Christmas, Trenzalore, date unknown.
Clara arrives hundreds of years further into the Doctor's future. He now appears a very old man. The Time Lords offer the Doctor a whole new regeneration cycle for protecting them further and avoiding a resumption of the Time War. He destroys the Daleks and changes his own future. Trenzalore will no longer be a blasted wasteland - the location for his grave. Before he regenerates, he uses the phone in the TARDIS door to call Clara in her near future - to accept and look after his new self.
Next time, we move onto the journeys of the Twelfth Doctor.
Posted by GerryD at 00:42