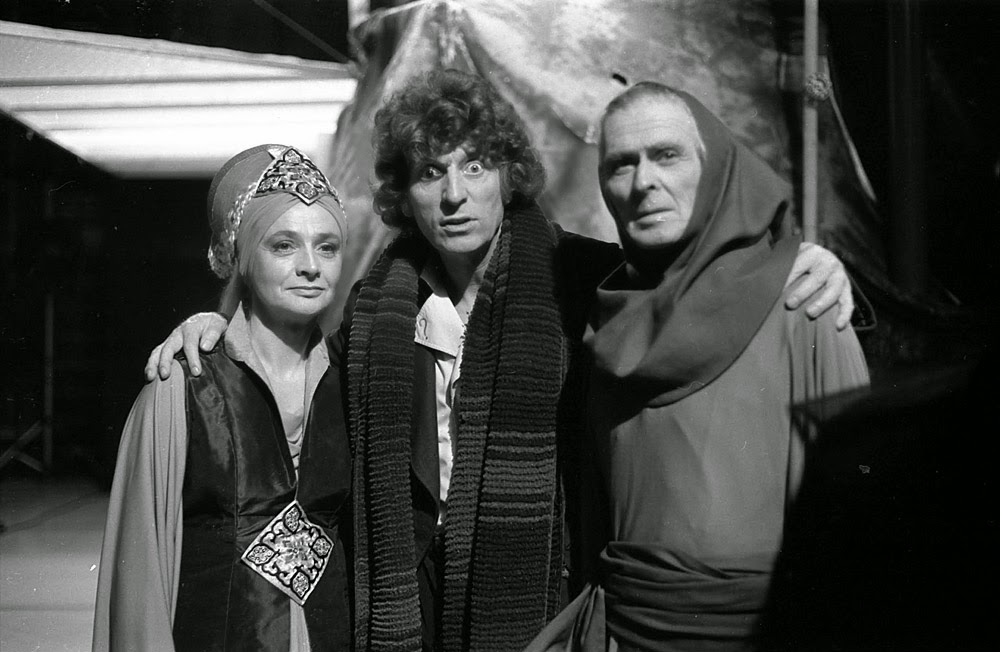 In which the Doctor receives a request for help from an old friend. The message comes from Zastor, leader of the planet Tigella. The vegetation on this world is so hostile that the humanoid inhabitants are forced to dwell in an underground city. This is powered by the Dodecahedron - a mysterious device which fell from the skies centuries ago. It is starting to fail - and this is why Zastor has called upon the Doctor, who has visited Tigella before. Tigellan society is strictly delineated between the superstitious Deons - who worship the Dodecahedron and believe it was a gift from their god Ti; and the technological Savants, who believe only in science. Zastor's role is to mediate between the two opposing groups. Opposed to the Doctor's summoning is the Deon leader, Lexa. 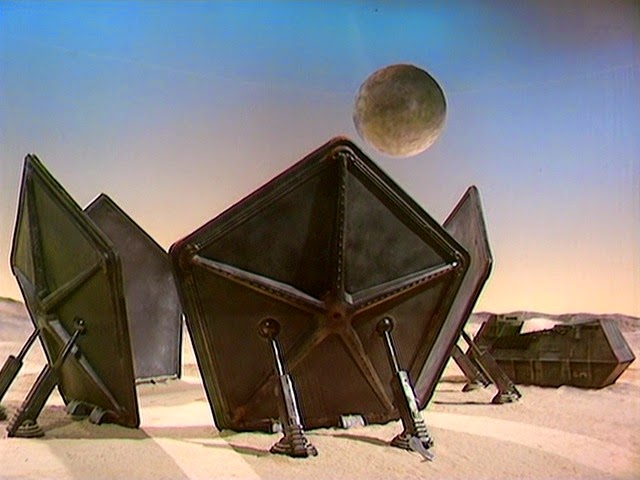 A spaceship belonging to the mercenary Gaztaks lands on the neighbouring planet of Zolfa-Thura. This was once home to a powerful, war-like race which wiped itself out centuries ago. All that remains of their civilisation are the Screens - whose purpose is long forgotten. One last Zolfa-Thuran has survived, however - Meglos - and it has commissioned the Gaztak leader, General Grugger, to obtain a 6 foot tall humanoid and bring him to the planet. Meglos dwells in a control centre which is hidden beneath the Screens. It emerges from the sands. In their natural form Zolfa-Thurans resemble xerophytes, but have the ability to change their form provided they have a host to copy. Meglos informs Grugger and his lieutenant Brotadac that it intends to imitate the Doctor in order to retrieve the Dodecahedron from Tigella. The abducted humanoid - from 1980's Earth - will provide the general body form to copy. Meglos then puts the approaching TARDIS into a chronic hysteresis - a form of time-loop. 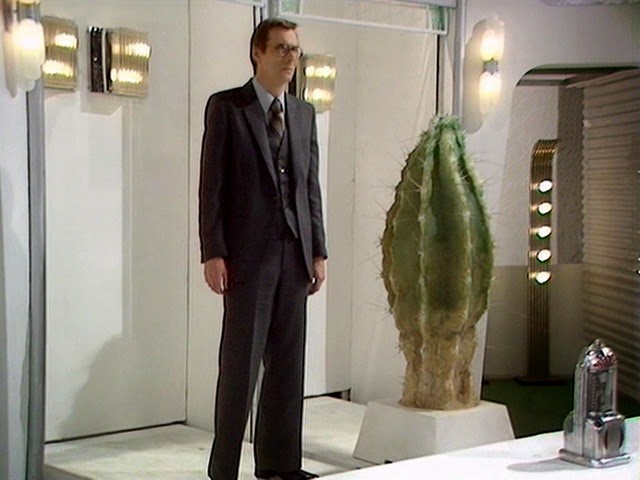 Meglos adopts the Doctor's likeness and it has Grugger transport it to Tigella. Meglos is able to shrink the huge Dodecahedron to small size in order to steal it. The Doctor and Romana manage to break out of the time loop by breaking the pattern of their repeated actions, and the TARDIS materialises on Tigella. As the city systems begin to break down, the Doctor finds himself accused of the crime. Romana is captured by the Gaztaks and forced to lead them to the city. One of the Savants - Caris - meets Meglos and realises he is an imposter when his skin reverts to its cactus-like appearance. Romana gets free of her captors after leading them into the midst of some carnivorous Bell-plants, and she manages to reach the city. She meets Caris, and they are just in time to prevent the Doctor from being sacrificed by Lexa in an attempt to appease Ti. Lexa is killed saving Romana during a Gaztak assault at the city entrance. 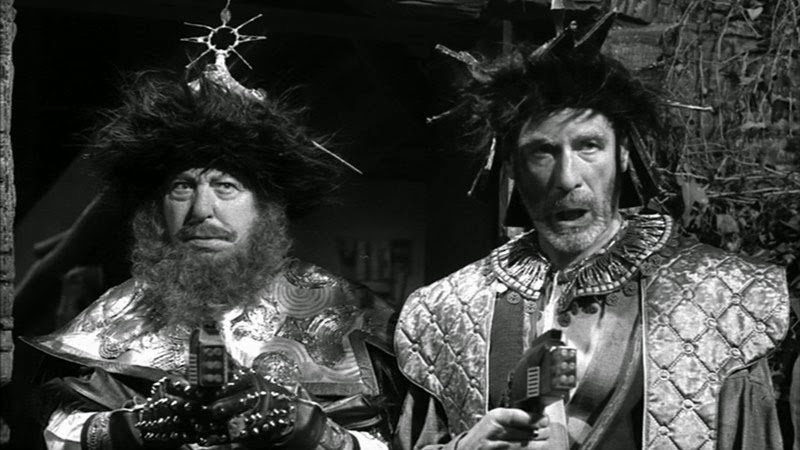 Grugger takes Meglos back to Zolfa-Thura. The Screens are actually part of an awesomely destructive weapon which is powered by the Dodecahedron. It will be used to destroy Tigella. The Doctor and Romana travel to the planet in the TARDIS, accompanied by Caris and a Savant colleague named Deedrix. The Doctor elects to impersonate Meglos to learn its plans. He succeeds in having Meglos imprisoned - as the Doctor - before being captured himself when seen wearing a coat the Meglos-Doctor had just given to Brotadac. K9 leads a rescue and Meglos flees back to is control centre. Before his capture, the Doctor had managed to sabotage the Screens - so that when they activate it will be Zolfa-Thura that will be destroyed. The Earthman has been freed, and everyone flees in the TARDIS back to Tigella as the Screens blow up - destroying Meglos and his Gaztak allies. 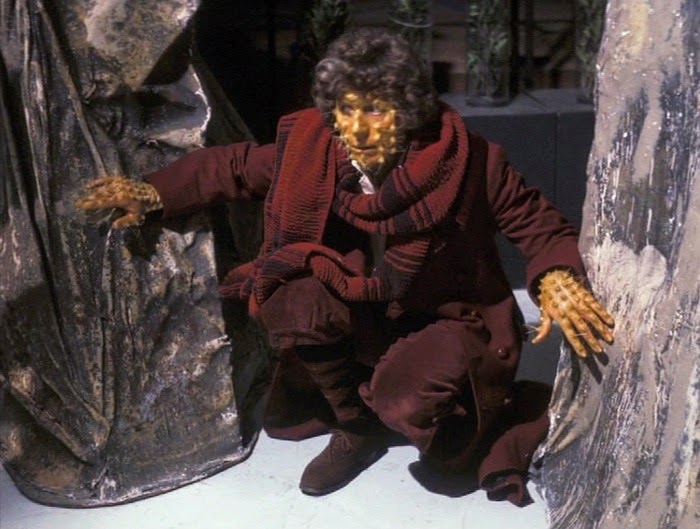 This four part adventure was written by John Flanagan and Andrew McCulloch, and was broadcast between 27th September and 18th October, 1980. The writers are still today better known as character actors. Whilst script editor Christopher H Bidmead was happy with the story, producer JNT was not. It does seem to be a throwback to an earlier era. It would certainly fit quite comfortably in the previous season. The idea of a society split between religion / superstition and science / reason is not a new one - even for Doctor Who. The story struggles to fill four episodes. The reprise at the start of part four is quite lengthy - always a sign of an under-running script. The Doctor and Romana are stuck in the TARDIS for the whole of the opening episode, and much of part two. The manner by which they break free of the time loop is ridiculously simple - acting out the events within the loop to break it.
Meglos is also let down by its casting, and some of the visual elements. The Quantel VFX system is again put to good use, and a new system called Scene Sync is employed to provide moving CSO shots, but Tigella is clearly dangling above Zolfa-Thura on wires at one point, and the studio jungle is overly lit and never convinces. The Tigellans are too simplistically sketched in. Grugger (veteran actor Bill Fraser) is lumbered with a stupid costume and blatantly false beard. His performance suggests someone who doesn't really know what he is doing - or cares very much about it. He certainly doesn't convince as a ruthless pirate warlord. 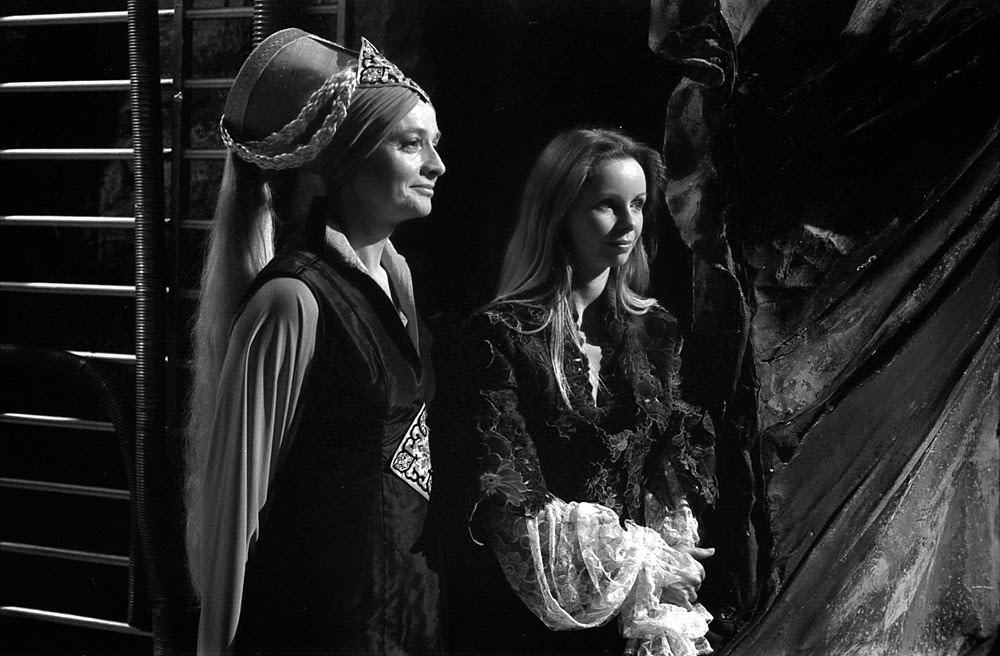 The story's biggest (actually only) significance is in bringing back original cast member Jacqueline Hill. Rather than reprise former companion Barbara Wright, she plays Lexa. She does okay with a thankless role. Lexa's sudden self-sacrifice to save Romana is badly shot / edited - it is almost missed - and just comes out of nowhere. Edward Underdown, as Zastor, gives a very weak performance - but this can mostly be put down to his failing health. One of the better performances comes from Freddie Treves as Brotadac. He just seems to be enjoying himself and relishing the part. Caris is Colette Gleeson, and Deedrix is Crawford Logan. The Earthman, who gives the impression of having wandered in from a sit-com in a neighbouring studio, is played by Christopher Owen.
Episode endings are: 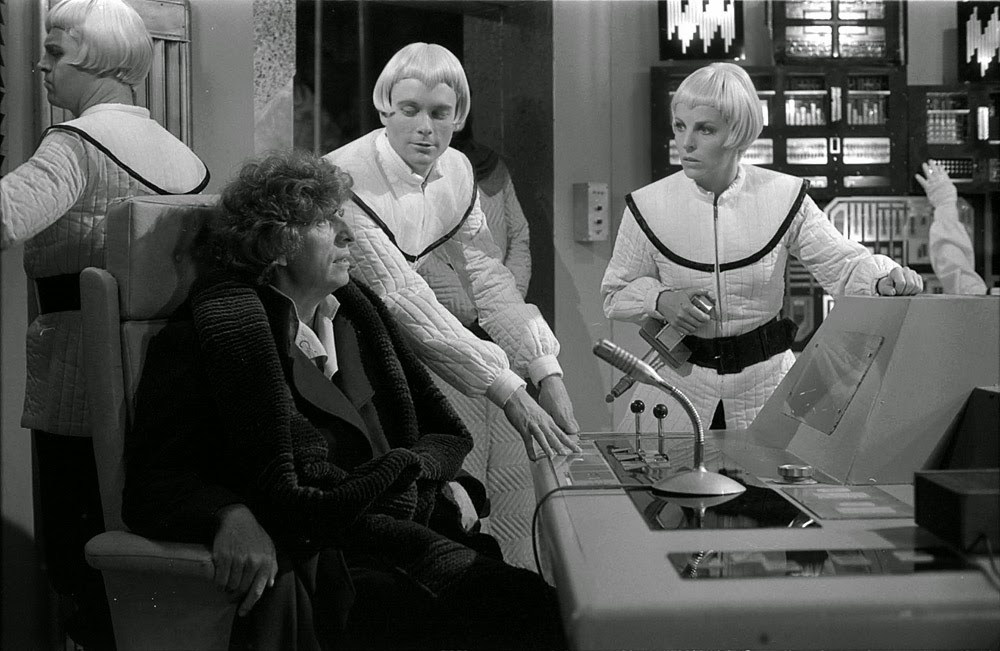 Overall, a largely forgettable story - the weakest of the season. At least Tom Baker gets to play a nasty doppelgänger. The cactus make up is very effective - except when Tom's wrists show. For all its faults, the story does feature one of the best lines in all of Doctor Who - Zastor describing the Doctor thus: "Some fifty years ago I knew a man who solved the insoluble by the strangest means. He sees the threads that join the universe together and mends them when they break".
Things you might like to know:
Posted by GerryD at 01:26