A K1 for Christmas - December's Figurines 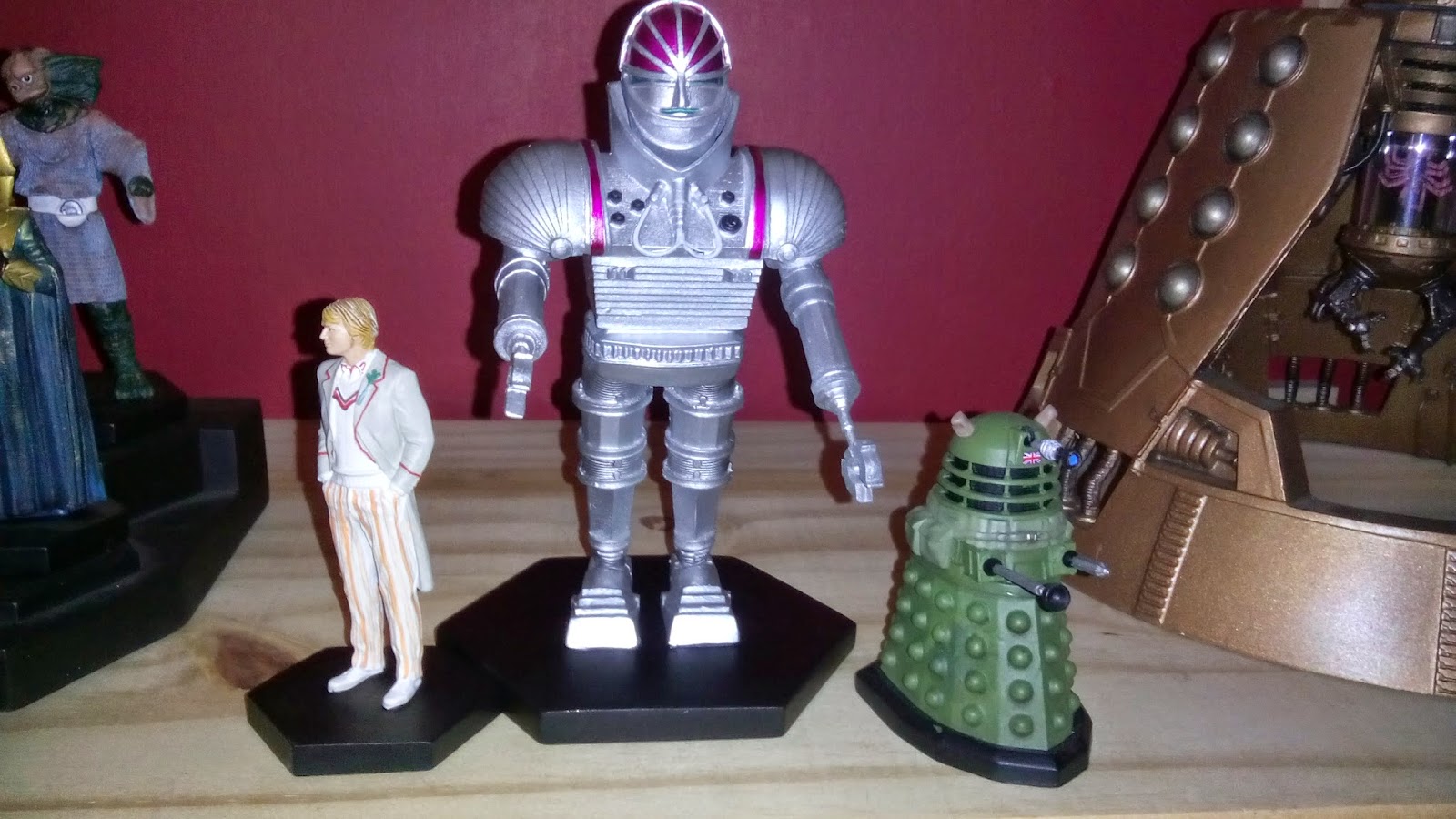 If you are wondering why the Figurine Collection posts have been a bit tardy these last couple of months, it's because they have been going to another address and it takes time for me to arrange to collect them. The next batch - which includes D84 from Robots of Death - should hopefully come direct to my own address, so will feature on here pretty much as soon as I get them.
I knew about the Fifth Doctor and Ironside Dalek releases, but was pleasantly surprised to find a lovely K1 Giant Robot in the box as well - the latest of the occasional larger special releases.
I wasn't too happy with the photos that I had seen of the Davison figure - the face looking a bit too full. However, when you get to handle the thing and scrutinise it properly it is actually not that bad - especially in profile. The accompanying magazine has chosen to link this figure with the story Enlightenment - though the pose is probably the most neutral one you could get - simply standing with hands in pockets.
The Ironside was one of the few good things to come out of Victory of the Daleks. An adaptation of the earlier standard Bronze figurine (it also lacks the usual hexagonal base) we get the little covers over the lights, the khaki tool belt, and the Union Flag beneath the eye-stalk.
It is hard to go by the lists that found their way onto the internet when the releases first started - a few swaps having taken place and complete changes such as turning the Voc Robot into D84. However, there is a strong possibility that the next standard Dalek released (as opposed to the limited subscriber ones) will be a 1970's grey one.
The K1 is beautiful. Hard to go wrong with the sculpt for a robot, especially on this bigger scale. The last special was the Cyber-King, and whilst a perfectly good Cyber-King, it was not top of our wish list by any means - whereas this was.
Posted by GerryD at 20:56