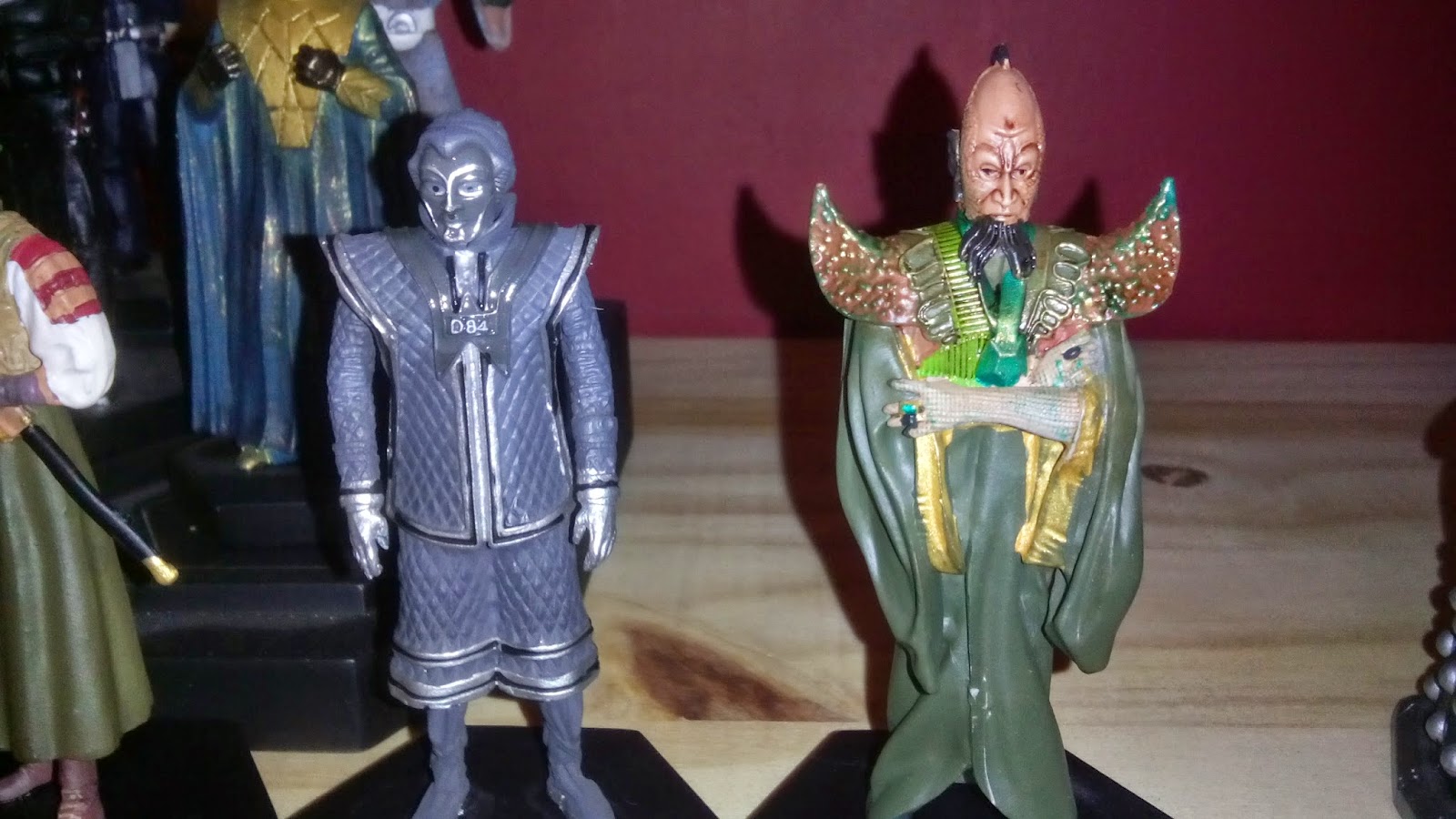 Hope you had a lovely Christmas and enjoyed the Special. I did. It was 7th most watched programme of the day, and had an overnight figure of 6.3 million. Sounds very low, but figures were down across the board. The figures due out next week should show a marked increase as they include those who recorded it to watch later on.

meanwhile, this pair actually arrived on Christmas Eve, but I had already put the blog to bed until the Last Christmas review. These figurines were due next week, but have been brought forward due to the holidays.
First we have D84, from Robots of Death. Very well modelled. Then we have the Draconian Prince from Frontier In Space. Again, well done, with a wonderful snooty expression.
Always nice to get figures from the Classic Series, and this time both releases are from earlier eras. The next confirmed release is going to be Jabe from The End of the World. There's a bonus creature in a way, in that she is holding one of Cassandra's sabotage spiders. This shows that those lists I've mentioned earlier really have been set aside, as this figure wasn't due until Issue 67.
Posted by GerryD at 20:53