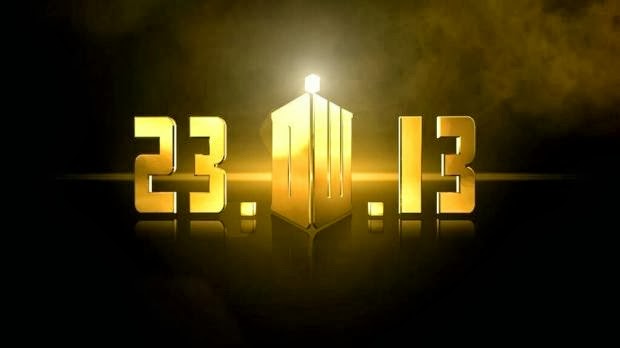 A few hints regarding the forthcoming Day of the Doctor and Smith's final story to be found in "The Doctor: His Lives and Times" book.
Regarding the former, Moffat suggests there are more than just Zygons in the story. He points out that they just happened to be filmed on location and were seen by the public. He might be referring to the inclusion of the Daleks - if this quote derives from before the Dalek images were released. Robert Banks Stewart is quoted elsewhere as saying that he thought the Cybermen were involved as well.
Moffat also says he does not want the story to be a roll call of the past. It has to win new viewers and to make sure there is a 100th anniversary.
He says: "If you're going to celebrate Doctor Who, you're celebrating the Doctor - well, why not tell his story. What's it like for him? What's it like being him, what defines him, what defines what he is?... What would be the Doctor's most important day, what would be the show that would change him as a person forever, alter the course of his life?"
For me, this is just another intimation that we will be visiting the Last Great Time War, and that the Hurt Doctor is the one who destroys Gallifrey. What else in the Doctor's life could possibly be more significant?
Regarding the Christmas Special, there is one little item I think could be of great significance. There's a children's tale about the creation of the Pandorica on page 228. Whilst the Doctor is described as an evil goblin, the Pandorica is the work of "a good wizard". I.e. a single male character of great power. The Doctor is described often in the book as a magician or wizard. Makes you think that it is possibly a Time Lord. For some time now, there has been a persistent rumour that Omega is behind the whole "Silence will fall" thing. If it does transpire that an old foe is being brought back to be the Big Bad, it can only really be Omega. No other villain would destroy the Universe (because he is the only one known to be outside it).
Even the Black Guardian wants anarchy and chaos in the Universe. 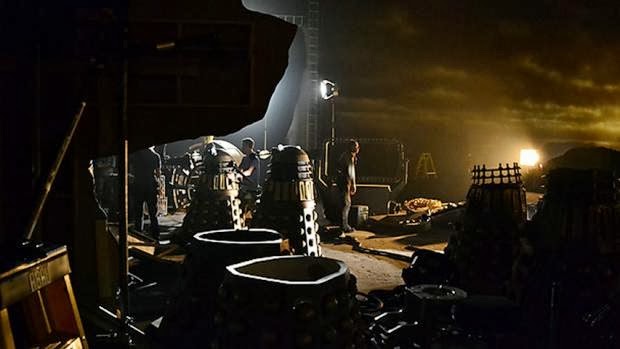 If you watched the (frankly underwhelming) new BBC adventure series Atlantis last night, you will have seen that there is now a (frankly underwhelming) logo and hash-tag for the anniversary story. A behind the scenes shot of Daleks was also released.
A trailer is in post-production - so not just the San Diego Comic Con one reheated.
Nothing else to comment upon this week. Looking ahead to the coming week, tomorrow sees a number of DVD releases. All 8 of the "Monster Collection" sets are out, and so is the final complete story - Terror of the Zygons (unless or until some more lost episodes turn up). Thursday sees the release of the "Essential Guide to 50 Years" book.
Posted by GerryD at 22:02