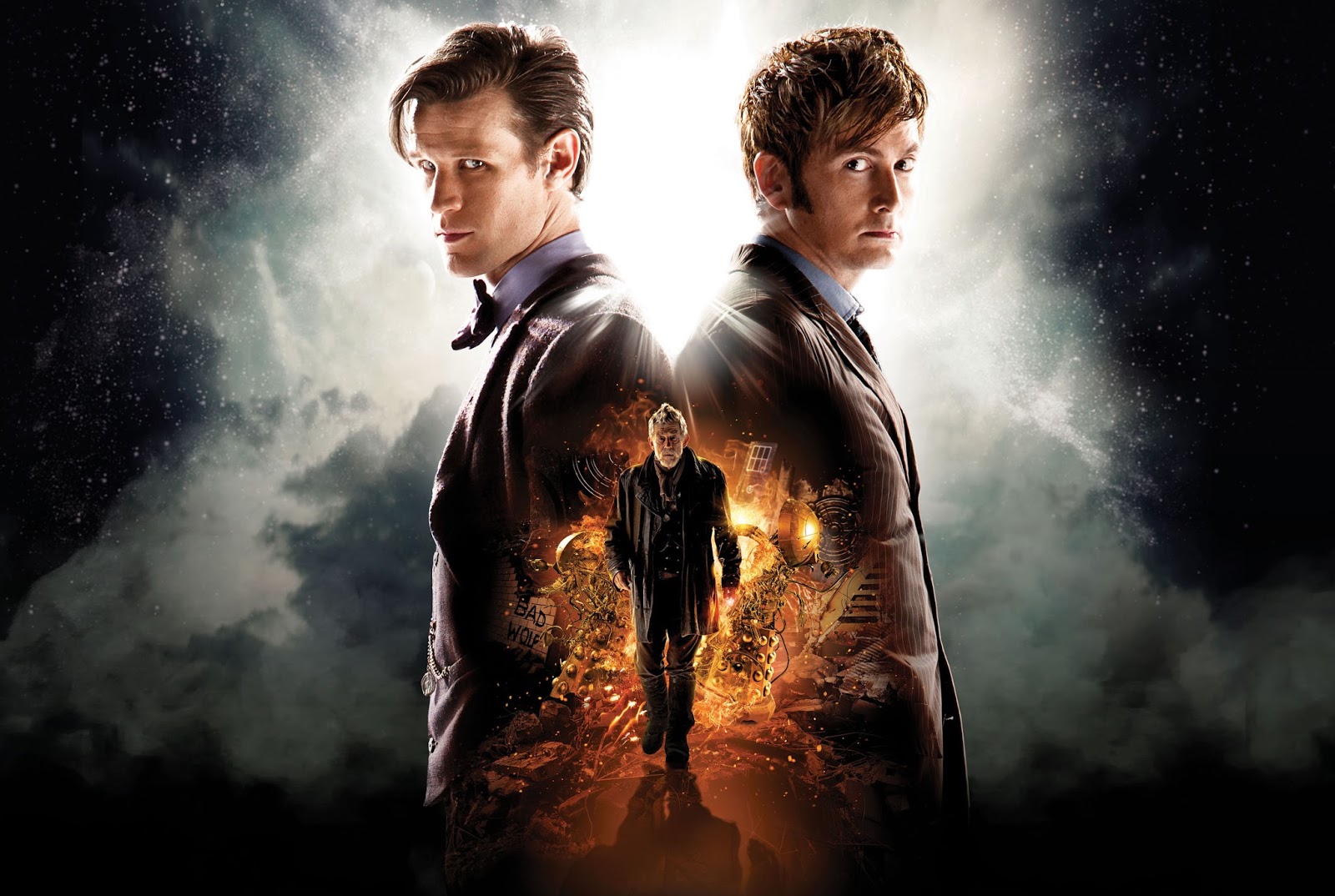 Interesting image released. John Hurt's position is significant - appearing to be walking away from / out of the Last Great Time War (Gallifreyan symbols and Burning Daleks). But what is a "Bad Wolf" sign doing in amongst it all?
We have reason to believe that the Time War sequence relates to the Fall of Arcadia (which the Doctor has previously said he was present at - and might one day get over). How do we know? Because an extra has stated on his CV that he is playing an "Arcadian Refugee". (He's also playing a UNIT soldier - so the Arcadians might not look human).
Good to see some activity around the Anniversary with today's announcement. I'll comment further once I've had a chance to look properly at the details.
Posted by GerryD at 18:00