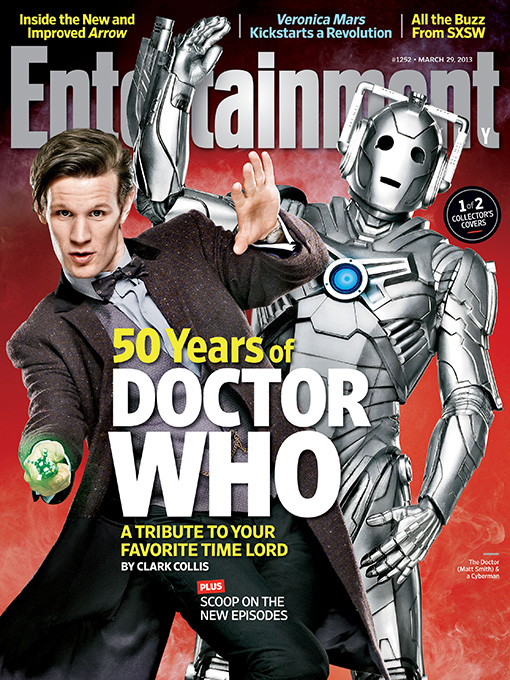 Lots and lots of snippets about the new / second half series filtering through. Steven Moffat has been talking about a couple of new alien races - the Whispermen and the Vigil. We may, of course, have already seen these in the trailers. Whispermen would be a good name for the top-hatted eyeless creatures. Then again they might be something we've yet to view.
A recent clip seems to confirm that the monks seen in the Xmas trailer are from The Bells of Saint John, as the Doctor turns up at Clara's house wearing a habit. The BBC synopsis for this story mentions an ancient enemy. Some people have taken this to mean the return of an old foe from the programme, but it doesn't necessarily follow.  Fenric was an ancient enemy, but hadn't been mentioned, let alone seen, before The Curse of Fenric.
Other synopsis information worth noting is that there is a Festival of Offerings going on at The Rings of Akhaten, and the little girl seen in the trailer and on the poster is the Queen of Years. The creature in the glass box breaks free and demands a sacrifice.
Cold War is set in 1983 and the Ice Warrior has broken free from a block of ice. It tries to get its pincers
on the crippled submarine's nuclear arsenal.
The "ghost" in Hide is known as the Witch of the Well.
A number of non-spoilery photographs have been released - mainly for the opening story.
The images accompanying this post I spotted at Blogtor Who, and represent a choice of covers for Entertainment Weekly. As it looks at 50 years of the programme, the inclusion of a Dalek doesn't necessarily mean anything for the new series - though that is obviously a new Cyberman.
The UK's Radio Times had a brief behind the scenes piece this week, and informs us that there will be a free Monster Wall Chart with next week's series launch issue, which we can safely bet will have a DW cover. Steven Moffat will also give his usual series preview. 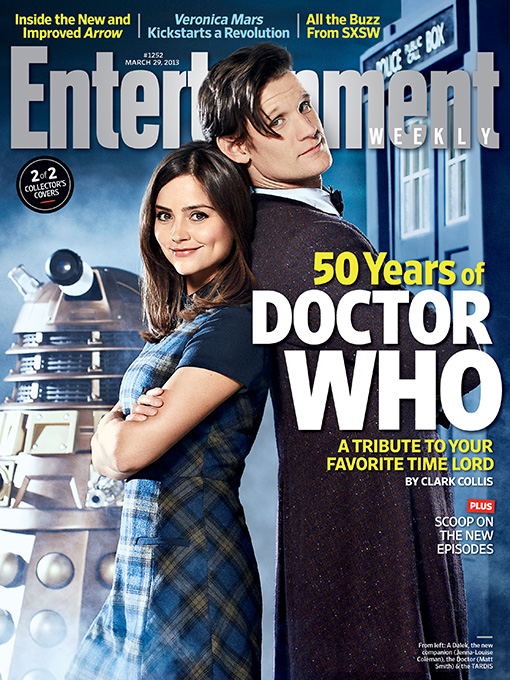