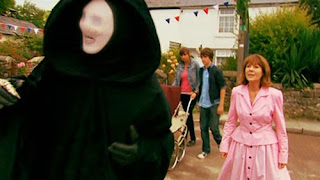 In which Sarah and her young companions investigate a temporal anomaly in a derelict shop. A schoolboy named Oscar passes through the anomaly, and they realise that it is a portal to the 1950's. Sarah decides to take him back through and discovers that the portal comes out on a hillside overlooking the village of Foxgrove. This was where she lived as a baby, and where her parents were killed in a road accident - on the very day the portal leads to, 14th August, 1951...
Sarah returns to the present day and closes the anomaly. That night, she reminisces about the parents whom she never got to know. She decides that she cannot pass up the opportunity of meeting them, and so dons an appropriate dress. Luke interrupts her, guessing what she intends and warning that it may be a trap. She insists on returning to the shop to reopen the portal, and Luke goes with her. Passing back into 1951, they head down to the village, observed by Oscar. 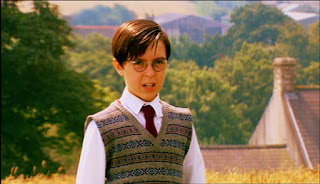 The following morning Clyde finds Sarah's home empty, and Mr Smith does not know where Sarah and Luke have gone. He fetches Rani, and they search the attic - finding that the box given to Sarah by the Verron Soothsayer has become active, as it had when the Trickster had tried to remove Sarah from time. They guess where Sarah and Luke have gone and hurry to the shop. At the village, Sarah finds a fete in progress, and meets her parents - Eddie and Barbara Smith. They have baby Sarah with them in her pram. Sarah introduces herself as Victoria Beckham, and Luke as her son, David. She wants to know how her parents could have come to abandon her when they drove off to meet their deaths, so decides to help out at the fete. Luke sees Oscar, and starts to follow him. Sarah disables her parent's car, so that they will no longer be killed, then she and Luke decide to return to the portal entrance on the hill. The weather suddenly takes a turn for the worse. Clyde and Rani see Oscar emerge from the portal in 2009, and are shocked when he reveals that he is the Graske, Krislok, in disguise. They run off and discover time changing around them. When Sarah and Luke arrive back in the present, it is to find London in ruins. In saving her parents, Sarah has changed history... 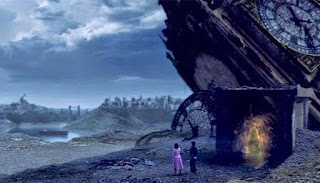 The Trickster appears and informs Sarah that Foxgrove lies on a weak point in time. By changing her parent's history, she had allowed him to materialise back in 1951 and ravage the Earth for the last 50 years. Sarah and Luke rush back to 1951 to find a way of preventing this future from happening. Rani and Clyde are trapped in the new future however, protected by the Soothsayers box and so are unaffected by the changes. Rani sees her mother Gita working in a slave party, overseen by Krislok. She has no knowledge of who Rani is, as her daughter was never born in this timeline. Gita tells them of the legend of the day Sarah Jane Smith handed over the world to the Trickster. They discover that the Graske is no more than a slave himself. He had been about to die in a spaceship crash when the Trickster had offered him his life in return for serving him. He asks for the Soothsayer's box in return for reopening the portal, to allow Rani to travel back to 1951 to help Sarah and Luke. Clyde agrees to give it to him. 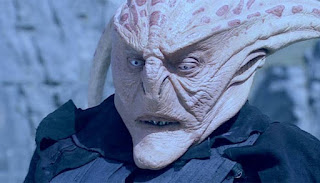 Rani travels to the village and is able to find Sarah and Luke. When they learn that Victoria Beckham is really named Sarah, Eddie and Barbara come to realise that she is their grown up daughter. Rani warns Sarah that the legend stated that the Trickster arrived through the Abbot's Gateway - part of a ruined monastery close to the village. Sarah uses her sonic lipstick to repair her parent's car and they drive off to meet their fate. The Trickster is materialising in the Gateway when he realises that his plan has failed. He fades away. Back in 2009, history begins to reassert itself. Clyde gives Krislok the box, giving him freedom from the Trickster. Sarah, Luke and Rani return to the present day and the portal is closed. Sarah has the consolation of having met her parents, and of knowing that they did not abandon her but instead sacrificed themselves to save her and the future. 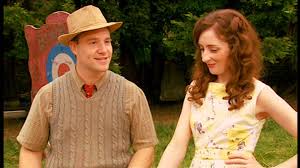 The Temptation of Sarah Jane Smith was written by Gareth Roberts, and was first broadcast on 17th and 24th November, 2008. It acted as a sequel to Roberts' Series 1 story Whatever Happened to Sarah Jane Smith, and saw the return of Paul Marc Davis as the Trickster, and Jimmy Vee as the Graske, Krislok, from that story.
When Sarah was first introduced, in 1974's The Time Warrior, it was stated that she had an aunt named Lavinia. Later, we learned that Lavinia had brought Sarah up after the death of her parents (suggested by the K9 & Company spin-off and confirmed in The Day of the Clown earlier in this series). Here we discover that Lavinia was Eddie's sister.
Eddie is played by Christopher Pizzey, and Barbara Smith is Rosanna Lavelle.
The story has themes in common with the 2005 Doctor Who story Father's Day, in which Rose Tyler sought to save her parent who was supposed to have died  - causing a disruption to the timelines. 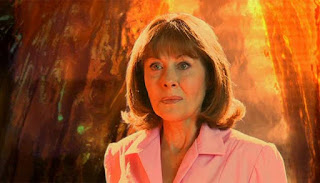